A reader reacts to METAtropolis: Cascadia

A German review of Mainspring

Obama and the End of Al-Qaeda — Juan Cole with some pretty extensive thoughts on the death of Osama bin Laden.

?otD: Did you catch a show last night? 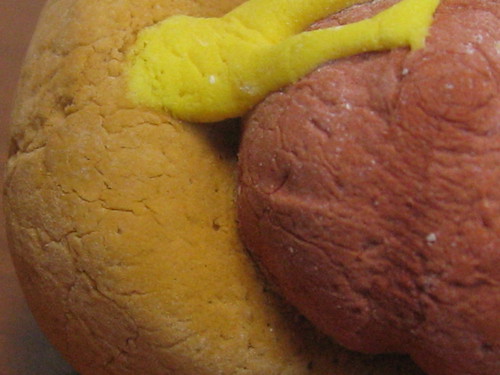 This perspective likely won't make me very popular right now amid the national euphoria over events in Pakistan yesterday, but I find it difficult to celebrate the death of another human being. Even one as profoundly despicable as Osama Bin Laden.

Would we not have been far better off capturing him and placing him on trial? As it stands, Bin Laden will be seen as a glorious martyr to his cause, and the absence of his body in the reported burial at sea will keep him about as dead as Jim Morrison or Elvis Presley.

I can't help but think that a trial, and the humiliation of a long, slow decline in an American prison, would have made our point far better.

Not to mention the precedent. Any aggrieved Iraqi or Afghan whose family was killed by American bombs now has all the justification in the world to assassinate our leaders. After all, it's precisely what we have just done.

I suppose I believe that America should be better than her enemies. That belief has come to seem very quaint in the decade since the 9-11 attacks.

My image of Vegas and the Strip has always been one of lights, money and girlsgirlsgirls. What I never realized was the degree to which those lights, money and girlsgirlsgirls have a cacophonous soundtrack. The only quiet place in this part of the city is my hotel room, and some large project involving thundering metal and cranes was going on outside my (41st floor) window last night, so even my room wasn't that quiet.

And not just the noise, the volume. I suppose the whole point is to keep people overstimulated and slightly disoriented so they keep opening their wallets all unthinking. And hooray for the diversity of experience.

In the past 18 hours since I arrived, I've had someone try to sell me mescaline and PCP, I've run into innumerable prostitution touts, I've had a drunk stagger into me then slap my arm for being in his way, I've seen a homeless guy (or at least a very grubby fellow with that outdoor tan) in full pirate drag including a noisy parrot, I've marveled at ceremonial architecture that will drive hundreds of doctoral degrees a thousand years from now, and I've discovered this place is never, ever quiet, not even at 4:30 am.

I'm glad Vegas is here for the people who want it. And I appreciate a well-designed money sieve, purely from a cultural engineering perspective. But this place...