What Happened to Air France Flight 447?

Moral men and immoral society and the death of bin Laden — Slacktivist Fred Clark on the ethics of the bin Laden killing.

Humanizing Women Who Choose Abortion — See also "The Only Moral Abortion is My Abortion" on conservative women who are anti-choice despite their personal experiences. 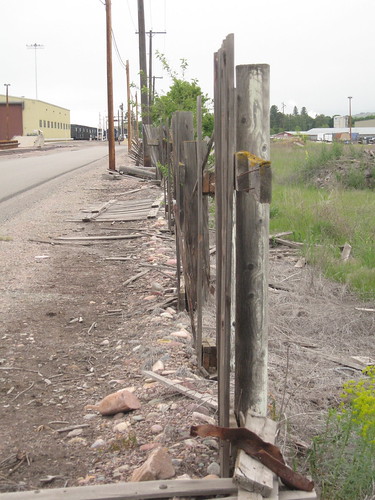 This post is a bit incomplete due to issues uploading photos, but there's still plenty here. I will be posting more thorough photoblogs over the next week or three documenting individual trip segments.

Yesterday we hied out fairly early for a driving tour of the island. We'd been considering both snorkeling and hiking, but

the_child had cut her foot surfing on Friday and didn't feel like either saltwater immersion or significant walking.

Our first sally was the Spouting Horn, just up the road from our hotel in Poipu. That's a blowhole (several of them, actually) with a nice overlook. One blowhole shot the spout of water up, another made a deep booming noise to warn us the spout was coming. 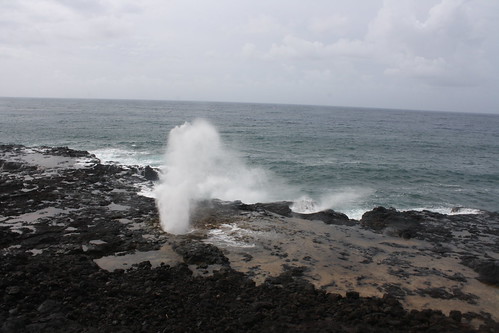 The Spouting Horn its own self

Also, there were chickens. 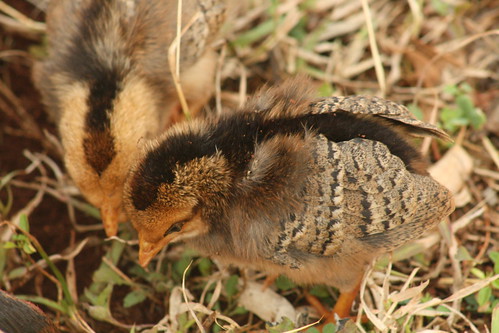 We had a bit of a firedrill there when we realized we'd lost the satchel containing my wallet, my other glasses, and two of our three cameras. Turned out we'd left it at the hotel concierge desk.

After that, we headed west to Waimea.

On the way, passing through the town of Hanapepe we spotted the steampunk dream house. More on this in a future post, but here's part of the fence: 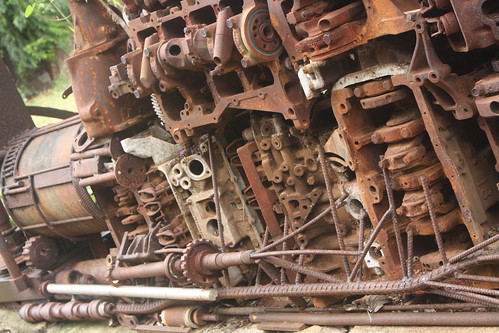 We also spotted a couple more abandoned sugar mills, including one with a classic company town in front of it. 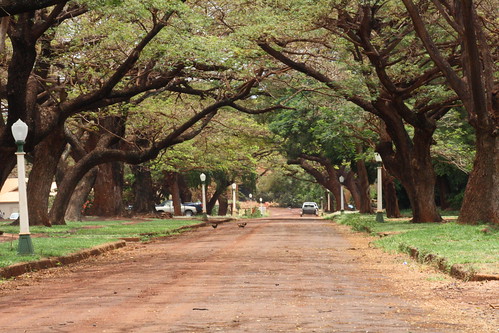 That led to a discussion of labor history, and the treatment of the working classes during the early industrial era, through the rise of unions. Life is full of teachable moments.

Once in Waimea, we headed up the road into the canyon. That was a long and winding road, through (relatively) dry, scrubby uplands and red dirt that would have made Oklahoma proud. 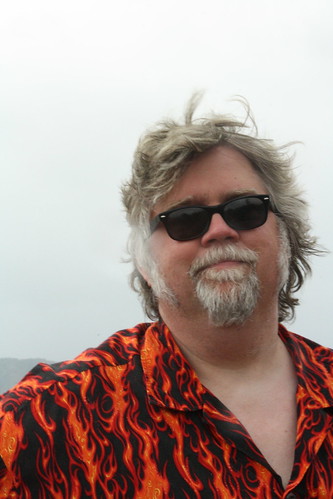 Me at Waimea Canyon overlook 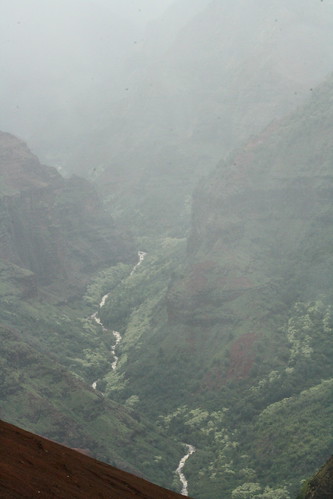 The canyon was misty and obscured by cloud, and rather difficult to photograph with the lenses we had. My main impression of it was that someone had spray painted the Grand Canyon green. It's stunning, to say the least.

Driving back down, we had some more intense conversation, this time about race and culture.

the_child has always been remarkably color blind, in the racial sense, but lately she's been dealing with some (thankfully minor) social issues around being non-white. More teachable moments.

We stopped in Waimea for some Hawaiian barbecue and souvenir shopping, then headed east again, back toward Lihue, with the goal of heading on up the east side of the island and across the north shore to where the road runs out.

After a stop at Hilo Hatties (yes, I bought an aloha shirt there, passed on the Spam-flavored Macadamia nuts), we hit Wailua Falls. 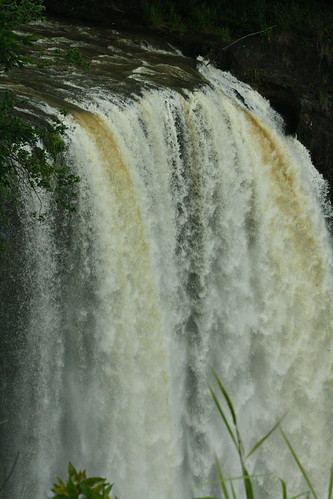 While we were there,

the_child became enthralled with the palm frond hats being woven by a vendor. After brief negotiations with both Dad and the vendor, said hat was acquired. 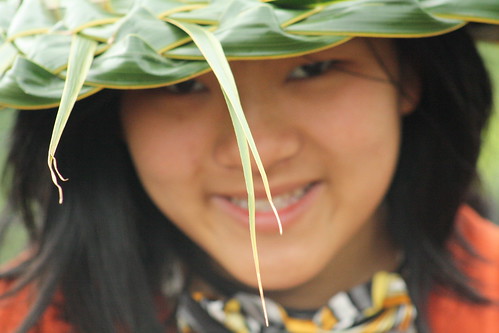 Then we wandered over to Opaeka'a Falls. 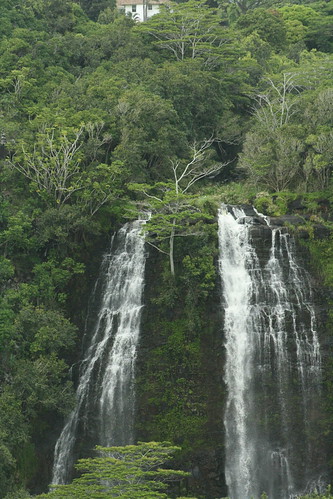 Just past the falls is Kamokila Hawaiian Village, a partially reconstructed traditional village on a much older site. (Here is where my narrative is getting ahead of my painfully slow photo upload.) We spent about an hour wandering among the various buildings, looking at the undisturbed foundations of a temple and several other structures, examining an ancient petroglyph, photographing various wild birds, peafowl, and of course, chickens.

After Kamokila, we headed on up past Kapaa, on around to Kilauea and Princeville, stopping occasionally for photos, snacks etc. Shortly after Princeville the road gets odd, with one-lane bridges, interesting vistas and an increasingly wild, Third World vibe interspersed with luxury housing and resorts. That area seems to be more heavily jungled as well, and we passed through a number of fascinating pocket ecosystems.

Eventually we reached a series of inland sea caves, called (I believe) 'the Tunnels', before the road gave out completely at Haena State Park. That was the most heavily signed beach I've ever seen, in terms of graphics informing the visitor of multiple, interesting ways to die. Also, there were chickens wandering around down by the surf line.

On the way back, we stopped in Kapaa for a decent Mexican dinner, then home to our hotel. More deep conversation in the car about the issues of growing up a teenage girl. Hooray for bonding time.

As you might imagine, many more photos were taken. I'll post later when time and uploading permits.