A reader comments on Green and the Flowers books — I rather like this review.

mlerules on my hair styling session of yesterday

cathshaffer with a summary of her experiences amid the reality of independent health insurance.

A Trip Around the Moon: Yours for $150 Million — Space Adventures announces a tourist seat aboard a new moon mission. Damn it, I need to put out a tip jar or something.

Student discovers new virus in ancient cave mud — Adventurous 20-year-old Purdue University student was exploring an ancient glacial cave, untouched since the last ice age, when she made the discovery.

A Prophet Who Dares Admit the Limits of Prophecy — Interesting snippet on pundits and punditry.

Hasidic newspaper edits Hillary out of Situation Room photo — A publication brushed both women present out of the iconic image. I really don't understand how this isn't both bigoted and flat stupid. Freedom of religion certainly includes the freedom to be flat wrong, but one of my biggest quarrels with faith is the editing of reality it seems to require from many believers.

Secret Pakistani Deal with US on Bin Laden

The Unwisdom of Elites — Paul Krugman on how we got into the current economic mess.

Falsehood? Or Mostly Accurate Prediction? — Republicans want to gut the medical safety net, and old people will die prematurely as a result. That's not a nice thing to say in polite company, but it's the truth. Yep. Compassionate conservatism for the win.

GOP finding it hard to make progress — Republicans struggle to appease the right and appeal to the center, resulting in fits and starts in the party's agenda. Their retreat on Medicare is a prime example. Really? But pandering to the base while sending psychotically mixed messages to the center has always worked so well for them in the past. (Sadly, I am not being sarcastic.)

Tea Party Leader: We'll Take The Debt Ceiling Hike If You Put Gay Troops Back In The Closet — As my friends on the Right keep assuring me, the Tea Party is about ordinary Americans concerned with small government and fiscal responsibility. No social backlash or bigotry here, no sirree bob. That's why the Tea Party was so vocal during the Bush administration, when government intrusiveness ballooned and the deficit spiraled out of control. Under a white president. Oops. Was that my outside voice?

?otD: When's the last time you had surgery? 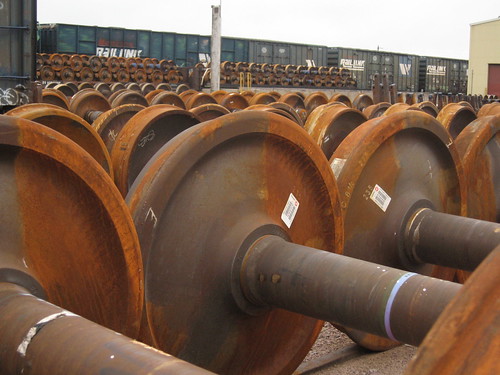 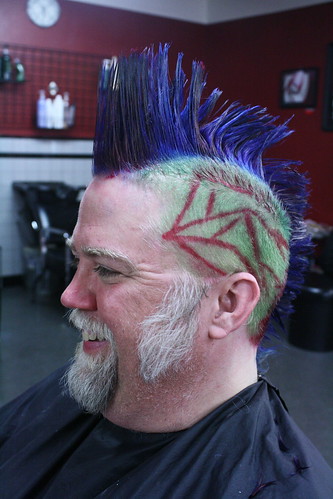 More photos and commentary on this anon, however, because in about five minutes I have to leave for the hospital and the minor surgery to re-implant my chest port. I expect to be home before noon, lucid and ambulatory. Another step on the slide down into chemo hell.

Hope your day is better than mine.