A reader reacts to Green — Generally favorable. I wonder that they'll think of Endurance.

A Rejection of the Power Semantic — A little bit of language neepery on pronouns, privilege and power, from Language Log. (Which reminds me some blog commentors who criticized me during the 2010 primary election season for referring to "Hillary, Edwards and Obama", saying I was disrespecting Ms. Clinton by using only her first name. I had to point out that 'Hillary' was her own campaign's branding, presumably to distinguish candidate Clinton from former President Clinton.)

How to spot a psychopath — Weird article.

Egyptian pyramids found by infra-red satellite images — Seventeen lost pyramids are among the buildings identified in a new satellite survey of Egypt.

What Bitcoin Is, and Why It Matters — Can a booming "crypto-currency" really compete with conventional cash?

The dying of the light — Roger Ebert on projection problems in cinemas, thanks to proliferating Sony 3D technology.

Nasa picks deep-space astronaut ship — Nasa has confirmed that the vehicle it will use to send astronauts to places like asteroids will be based on its Orion capsule concept. "Orion", your first name in design sanity since 1946. Really, they could have called it something else.

Apocalypse believers shocked after appointed hour passes — It's hard to know what to say to this. I'm torn between deep mockery and sympathy for the deceived.

The Elephant in the Green Room — The circus Roger Ailes created at Fox News made his network $900 million last year. But it may have lost him something more important: the next election. Your liberal media. I was especially struck by the bizarrely ironic statement that Ailes "doesn't want Fox to be seen as a front of the Republican Party". The pretense in this article that Fox has ever been a real news organization as opposed to a political operation is both charmingly naive and deeply disingenuous. And if you think that's just my bias talking, see the part about Ailes' belief that Obama wants to create a national police force. (Via .) 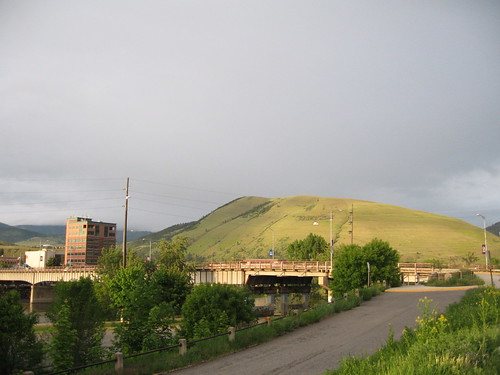 Driving back from Waimea, we stopped to look at another abandoned sugar mill we'd spotted on the way out.

The question of what a company town is led to a discussion between me and of labor relations, company towns, exploitative hiring practices, the union movement and so forth. She's interested in everything right now. It's so cool.

Next up, old town Hanapepe.

Through my agent Jennifer Jackson of Donald Maass Literary Agency, I have accepted an offer from my German publisher, Bastei Lübbe, for print, ebook and audio rights to Escapement, Pinion and Green. I am quite pleased.