So Many Names for the Same Things — Paul Jessup is interesting about genre labels.

Technology Review Goes From Fact to (Science) Fiction — By gummies, I wish I was a cool enough kid to have been invited to that party.

The Bilingual Advantage — A cognitive neuroscientist, Ellen Bialystok has spent almost 40 years learning about how bilingualism sharpens the mind. Her good news: Among other benefits, the regular use of two languages appears to delay the onset of Alzheimer’s disease symptoms. If English was good enough for Jesus Christ, it's good enough for me.

Blanks for the Memories — What's Your Earliest Childhood Recollection? Scientists Delve Into Brain Circuitry for Answers

Damon Fowler and the Abuse of Church/State Plaintiffs — Ah, yes, Christianists. Nothing like a good round of abuse and assault to prove how much you love the word of God.

Patterns — Slacktivist on religious conservatives, and Obama. What could possibly be the problem here? More on this from Dispatches From the Culture Wars. Couldn't possibly be racial bigotry, absolutely not. No sir, not in conservative America.

Non Sequitur on how Republican policy positions are achieved

Public Good: What the Upper Big Branch mine disaster says about the importance of government. — Keep this episode firmly in mind whenever you hear conservatives' ritual denunciation of "burdensome, job-killing regulations." Life-saving would be more like it. The free market really isn't a panacea.

DNC Chair Throws Truth to 'Wolves' — Come on, Democrats. Leave the lies where they belong. You make it mighty hard to be principled in opposition to the endless stream of blatant counterfactuals from the Right.

Carney invokes Reagan in debt fight — With House Republicans getting ready for their symbolic vote on the debt ceiling just down the road, White House press secretary Jay Carney had some helpful, historical notes to ease them along. "I would point them also to President Ronald Reagan, who wrote then-Senate Majority Leader Howard Baker in 1983, he said that, 'The full consequences of a default, even the serious prospect of default, by the United States, are impossible to predict and awesome to contemplate.'" Rush Limbaugh to the Press Room, stat! Saint Reagan is being misquoted! They're using his actual words instead of what he really meant! 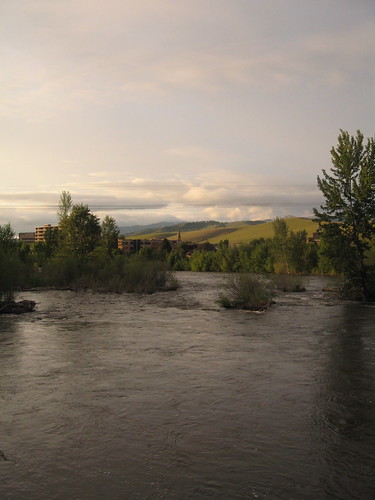 Our next stop after Wailua Falls was Kamokila Hawaiian village. This is a partially reconstructed/restored site of a village abandoned around the end of the nineteenth century and rediscovered by accident in recent years. Some portions of the site, such as the temple, remain undisturbed amid the vegetation. Other portions have been reconstructed, and serve as a walking museum.

Next up, touring the north shore of Kauai.

I cannot discuss it in any detail yet, but yesterday our legal department at the Day Jobbe informed me that a patent application on which I am listed as one of two primary inventors has been approved by the US Patent and Trademark Office.

Apparently I now top two possible geek charts, both as a published science fiction writer and as patent holder. If only I could master rocket science, I could go for the trifecta...

In a rare (for this year of cancer) out of town appearance, I will be joining Libby Bulloff and Cherie Priest for a reading from and discussion of The Steampunk Bible at University Bookstore in their U District location.

This event will take place on Monday, June 6 at 7pm. (Which happens to be the date of my actual birthday — JayCon is a moveable feast.)

If you're in or near Seattle, I hope you can make it there.