[Prix] Elbakin.net 2011 : nominés — In which my novel Jade (née Green en Anglais) appears to be nominated for something cool in France.

Selling Fiction is Not for Wimps — In which I guest blog at Shimmer.

Where Do You Write?

Cascade: 1941 — Shorpy with a gorgeous, powerful image of Parker Dam.

Trivializing the Slave Trade — Or how to seriously misuse history and vast human suffering in order to be briefly clever.

Ellsberg: All Nixon’s Crimes Against me now Legal — For those of you who long for the good old days of American politics.

More on Palin's History Babble — The actual "gotcha" question she's been complaining about that led to her bizarre ahistorical Paul Revere answer. I'd laugh, except millions of people believe her.

?otD: Ever been to Multnomah Falls? 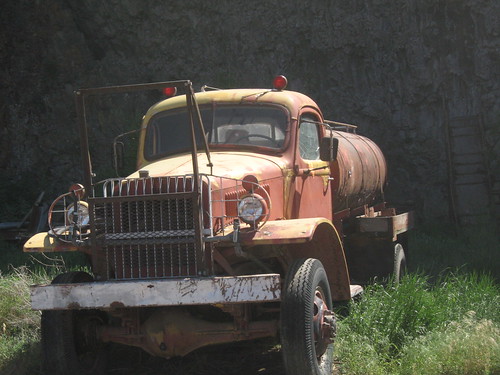 Yesterday after work I completely played hookie from writing and pretty much anything else. and I ran a couple of necessary errands, then picked up and a2na on the Portland leg of their American tour. (They are visiting from Poland, is good friend from my Austin days.)

had noted there was a possible viewing of the aurora borealis at Portland's latitude last night, so along with Mother of the Child we hied off to dinner at the SE Belmont food cart pod, where another old Austin friend J— met up with us. 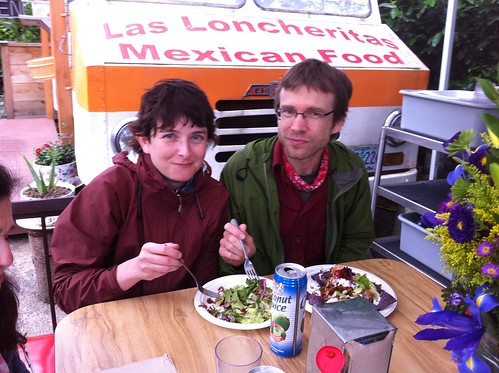 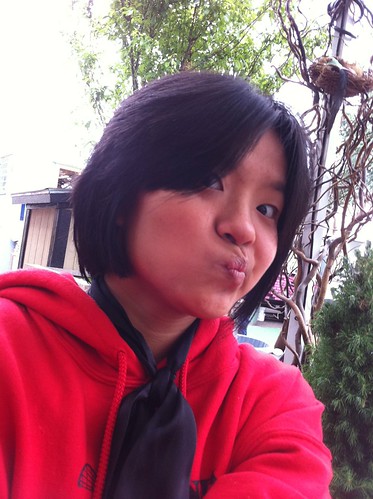 in her natural state 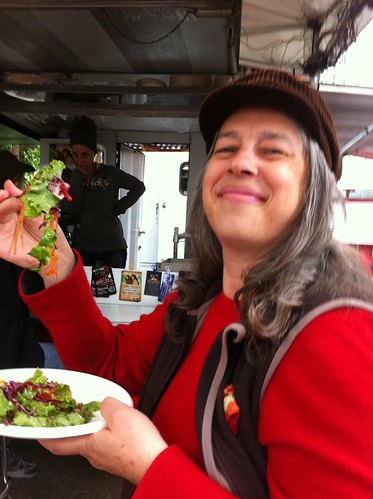 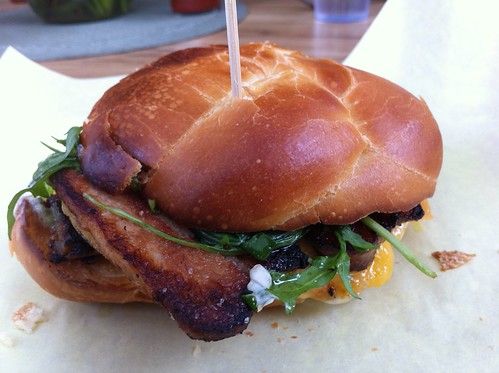 I utterly fail to go vegan, instead having a pork belly sandwich from Lardo, dressed with a fried egg, cheddar cheese, aoili and arugula

After that we piled into two cars and drove out to the Columbia Gorge in hopes of viewing the aurora from Crown Point if (a) the clouds cleared and (b) the current solar outburst actually drove the aurora this far south. 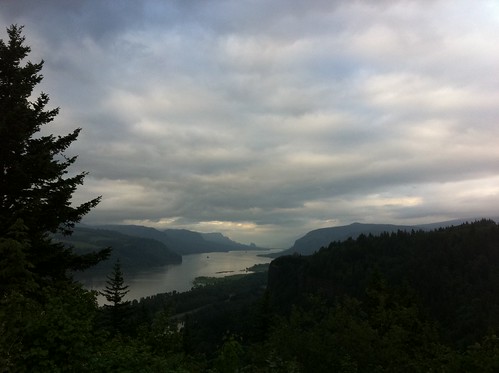 The Gorge near dusk from Chanticleer Point

(a) didn't really happen, and according to the forecast, neither did (b) — solar intensity was 5 on a scale of 10, and 6 or more would be required to push the aurora to our latitude. But we did have a great time touring about. 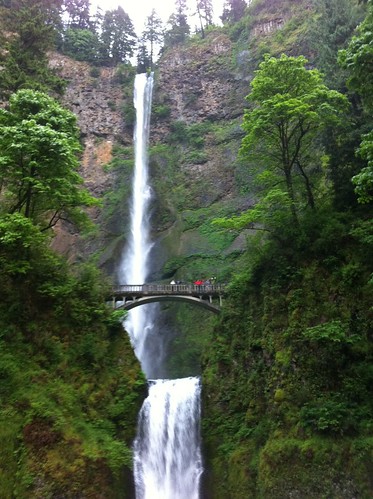 and a2na at Multnomah Falls, along with J— and — if you squint, you can see them up there

My chemo-addled self did not make the walk up to the viewing bridge, and in fact I spent most of this small road trip in the vehicle of with the seat laid flat, under a blanket, dozing or talking quietly with her. I didn't even get out of the car at Latourelle Falls. (Everyone else was in car, except for when ran us back to Nuevo Rancho Lake at the end of the evening, well past both my bedtime and that of .)

Even though we had no aurora, a very satisfying evening, even if I didn't get a lick of responsible work done. Heading to the Gorge always reminds me of one of the biggest reasons I moved to Oregon. It's freaking pretty here. I love sharing this experience with friends.