I open my mouth only to change feet (with apologies to @jay_lake) — @cacatopos on our Twitter exchange of yesterday regarding books and reader reactions, specifically anent Mainspring. Methinks the gracious gentleman takes too much mea culpa, but this is both amusing and interesting. (And here I am perpetuating the metaexchange by linking to his post.)

Everything You Think You Know About the Collapse of the Soviet Union Is Wrong — St. Reagan did it!

Top Expert: Disputed McKinsey Health Care Study Akin To Push Poll — Gosh, even more conservative distortions about healthcare. Inconceivable, such pandering from our paragons of moral rectitude on the Right.

Sometimes, we make progress — Pharyngula on flat Eartherism, which has ever bit as much Biblical and empirical validity as Creationism, and should be treated with absolutely the same level of respect.

Ga.’s farm-labor crisis going exactly as planned — Golly, it couldn't happen to a nicer bunch of conservatives. When you live in the land of magical counterfactuals, getting what you wish for can be a dangerous thing. Meanwhile, out here in the reality-based community...

Christian conservative group calls on Sen. Vitter to follow Weiner's lead and resign — I don't agree with hardly a thing these guys stand for, but I have to applaud a conservative group for actually being intellectually consistent and standing against the rampant hypocrisy of their own movement.

Romney's Dilemma — Mitt Romney, abortion and the Republican voter base. Good luck with that one, Mittens. 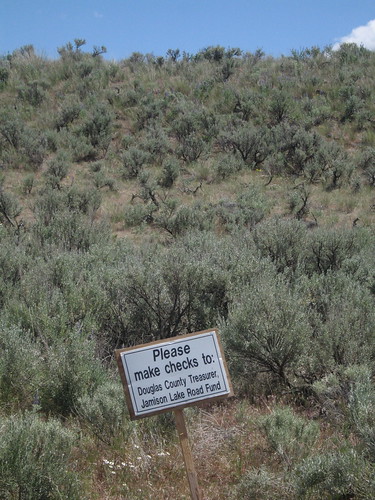 In order to celebrate the availability of the Endurance ARCs. I declared a caption contest on the following photo: 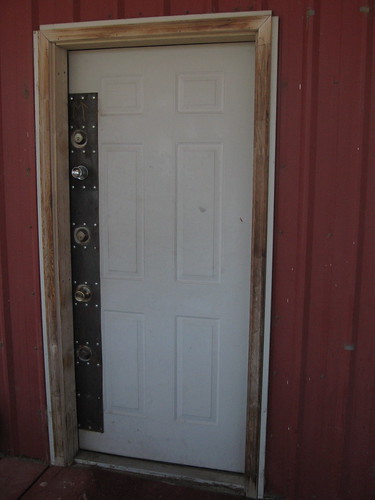 With 52 votes cast, we have a winner!

With 15% of the vote, Gerry Huntman takes the honors:
Neil Gaiman getting possessive with his BBC-gift replica of the Tardis

Second place goes to goldfishsara with 13% of the vote:
The family always locked Fluffy up when company was expected.

All three winners will receive inscribed copies of the Green trade paperback and the Endurance ARC. Please contact me with your shipping information, guys!