Some Short Story Podcast Reviews — Including "The Starship Mechanic" by me and Ken Scholes.

Valdemar by Tuxen — For you fans of Mercy Lackey, a painting of the historical Valdemar.

How to Make a Clock Run for 10,000 Years — This has long been one of my favorite projects. Too bad it's tainted by the involvement of the unethical Jeff Bezos.

The Facts About Fracking

International Comparison of Work Leave Policies — Some interesting charts that really highlight how unprogressive US labor policy is.

The science is settled: US liberals really are the dumbest creatures on the planet — In case you want to read how the other side thinks. Projection much, conservatives?

?otD: Does it feel good to be home? 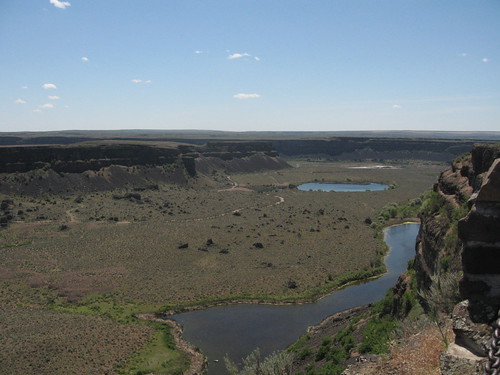 Yesterday I finished revisions on Kalimpura and turned them in to (my editrix) and la agente. For those following along at home, in a formal sense this is the submission draft. It's also the fifth (I think) time I've gone through the book since the first draft. I'm pretty darned pleased. I expect a change letter around the end of August, which will give me September to make needed revisions before the book can be formally accepted and go into production. Since I figure chemo will knock me off my writing schedule by sometime in October, this works out well.

Starting this week I have to write a draft of the Hugo awards ceremony script to pass on to for his collaborative touch, do a small and rather out of the box Sekrit Projekt, and write one more requested short story.

I expect to be done with these things in fairly short order, so sometime next week I'll be back on Sunspin. The last third of Calamity of So Long a Life remains to be written. Thats 60-70,000 words of first draft to be done in the next month or so. No biggie. and I'm hoping to have a final package of the finished manuscript of book one and the Big Giant Outline for books two and three in my agent's hands by the end of August. Not coincidentally, about when I'll need to be back on Kalimpura. This will allow her to work on marketing Sunspin while I'm more deeply ill this fall in the later stages of chemo. I'll get back to Sunspin books two and three in February or so, when I've emerged from the chemo fog. (Always assuming of course that the publishing universe hasn't thrown me a can't-pass-up opportunity between now and then. But it would have to be pretty damned sweet for me to postpone Sunspin further.)

There's another short story/novella combo project I'll try to wedge in between Calamity and the last round of Kalimpura revisions, and I want to do some more structured writing about my cancer experiences this fall as well. Watch this space for updates. And by the same token, if you're expecting or desiring a story from me and you don't recognize yourself on this punchlist, now would be a real good time to drop me a note and remind me, or invite me. I'm kind of out of bandwidth for formal commitments prior to next spring, but I'm willing to be opportunistic with my time and energy as the above writing schedule permits.

Of course, in the middle of this cavalcade of writing I have chemotherapy again this coming Friday, and my second liver resectioning on the 19th of July. This surgery, unlike the last, will be open incision. My previous experience with open-incision abdominal surgery back in May of 2008 was memorably difficult and painful. So we'll see.

Also on the cancer front, I've continued to be unusually energetic in this post-chemo round. The week's skip surely figures into this, but likewise the Zyprexa/Lorazepam combination for nausea control also pushed me into a lot of sleeping, as mentioned previously. In retrospect, I'm pretty sure this is also a huge factor.

All in all, I'm doing well. Between the writing schedule, the medical schedule and the travel/convention schedule, I'm a very busy and productive boy, even with the cancer treatments.

What are your plans, goals and ambitions this summer?