One Math Museum, Many Variables

Walrus and Elephant — This might be my favorite flying boat photo, ever.

Between Grief and Gratitude — A very to-the-point commentary about how people respond to cancer in others. (Via .)

Nebraska nuclear power plant beset by floodwaters — Hey... Guess where I'm going to be next week.

I'm a Climate Scientist — Science fights back. In rap. Hilariously fun. (Thanks to Scrivener's Error.)

'Go The F*** To Sleep' Not Funny — I really have a problem with this commentary. The author is saying, in effect, "this isn't funny because other people have worse problems." By that logic, nothing is ever funny, because someone always has a worse problem. It's similar to the 'First World problems' meme, which I detest. Life is not a race to the bottom. We don't need to apologize for our difficulties. (See my recent 'Theory of Problems' post [ jlake.com | LiveJournal ].) Finding humor, or difficulty, in our own lives isn't invalidated simply because our situations are better off than others'. Can I not laugh at my cancer because someone else's cancer is worse?

I was wrong about same-sex marriage — A conservative observes that gay marriage alarmism has absolutely failed to come true. Too bad that's just reality's liberal bias showing through again.

To Know Us Is to Let Us Love — Who knew that gay people were normal?

Heresy at the National Review Online — Another conservative sees people as people instead of Other, writing about New York's gay marriage law. Kudos to him.

'I decided I was going to be the mayor for everybody' — Slacktivist with another story of what happens when you begin to see people as, well, people, instead of Other. Confidential to conservative America: you really ought to try this sometime.

?otD: Why can't we spell Wednesday? 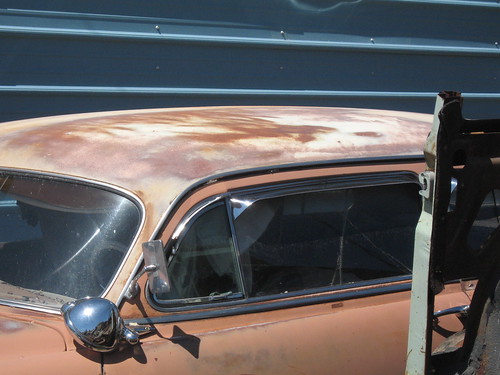 and I continued our excellent Hugo adventures over a nice Italian dinner at DeNicola's yesterday. Suffice to say we have our schtick. More work to be done there, but I'm going to let the anticipation be.

I also worked on the current Sekrit Projekt yesterday. Interestingly, like the Hugo script, in this case I'm also writing outside my normal form. That's an unusual and entertaining challenge for me. It also means all my metrics of throughput and productivity are invalid, so I really can't predict how long this will take me. (I almost always know with a high degree of accuracy how long it will take me to write a short story or a novel. That's part of how I manage my own schedule so well even in the teeth of cancer treatments.) It's kind of like starting over.

Also of potential note, I had a very pleasant lunch a couple of day ago with Jonathan Alexander, a professor at UC Irvine. It was something between a conversation and an interview, but it's always a real pleasure to delve into the art and craft of science fiction with someone who knows way more than I do. I think he was disappointed that I wasn't wearing an aloha shirt.

My main goal for this week are to get this iteration of the Sekrit Projekt done before I slip back into chemo on Friday. Cancer fun really starts tomorrow, as I'll have my port accessed (ie, the needle installed for the weekend) and my blood counts checked in the morning; and tomorrow evening I start on the lovely Zyprexa/Lorazepam combination.

What are you writing this week?