Spam for sale — Ah, the magic of self-published ebooks.

What we believe in — Language Log on the linguistics of belief. Or, as I say from time to time, just because you believe it doesn't mean it's true.

Nighttime or violent TV tied to tots' sleep woes — Science fiction's very own Miki Garrison is the author of this study. Cool.

Why I'm raising my son to be a nerd — (Snurched from Scrivener's Error.)

Constantine is dead — Slacktivist Fred Clark on Evangelical Christian morality. A bit inside baseball for this atheist, but still pretty interesting. And a real strong commentary on the Christianist minority who dominate politics on the American Right.

While Fighting To Block SEC Investigation Of Goldman Sachs, Rep. Darrell Issa Bought Goldman Sachs Bonds — All my life I've heard that conservatives vote Republican because of ethics and family values, that godless liberals and unprincipled Democrats can't be trusted. If this is Republican trustworthiness, y'all are fucking idiots. (Snurched from @twilight2000.)

U.S. foreign policy: War fever subsides — Remember the period of time where if you opposed the Iraq War, you were "objectively pro-Saddam." US war hawks on both sides of the aisle have a hell of a lot to answer for. What most Americans have never understood is that the Iraq War especially was a creation of Republican think tanks for political gain. Despite the vicious faux-patriotic rhetoric, the real, underlying logic for attacking Iraq was never about national defense or 9-11, it was about GOP electoral gains and affirming the conservative worldview. Google "Project for a New American Century", or "Iraq Study Group" if you don't believe me. Thanks, GOP. Besides a second term for George W. Bush, what did we get for our $4 trillion and our thousands of dead and the hundreds of thousands of civilian dead? 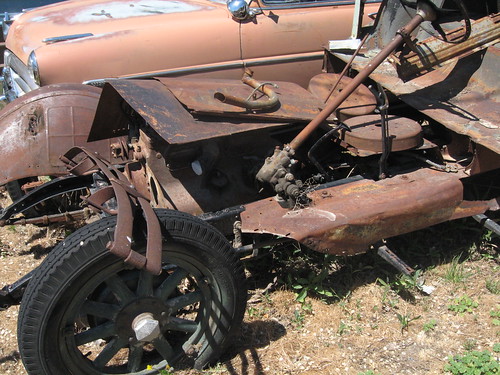 So I'm still working on the Hugo award script with . We're in divide-and-conquer mode right now, direction settled and under way.

It's an interesting process, to be working in a different mode than usual. I've written speeches before, and outlined less formal presentations. In my Day Jobbe, I've prepared hundreds of presentations over the years. And I can't count the number of live performances I've done as an emcee, a toastmaster, an improv player, a reader, a panelist, a charity auctioneer, a masquerade host, etc. But I've never written a live performance script before. Everything I do is extemporaneous. Give me a live mike and a couple of talking points and I can entertain an audience for an hour. I've never needed to write a live performance script before. Probably the closest I've come is doing detailed interview prep when interviewing famously laconic and short-spoken subjects. (To that end, I once interviewed Howard Waldrop for an hour at an ArmadilloCon (or maybe it was a Westercon, I forget) with a three-question prep, and we never got to question two. By contrast, I did a very good one-hour interview with Larry Niven at RadCon one year that involved five pages of researched questions on my part, and I ran out of prep partway through and had to finish on followup notes taken on the fly.)

The demands of the form are simply different. Because there are two of us, and we're working with a lot of others as well, in doing the initial draft I had to include timings and blocking information. I'm having to really drill down into the requirements and limitations of each point in the ceremony. And I have to provide the ceremony managers with a lot of detail for their own technical prep. It's a lot more than words on the page, and it's really stretching my brain in some very good ways.

The reality of course is that we're going to get up there and go off-script in about the first ninety seconds. Ken and I are both extemporaneous players at heart. But the script will still anchor us to the flow of the event and the key points, most especially the timings.

But the writing of this... oh, what a workout.

Meanwhile, yesterday evening I completed and turned in an initial draft of the Sekrit Projekt. All I will say is that it, too, was in a form I don't normally work in. Not a piece of narrative fiction in my usual mode. And much like the Hugo script project, the Sekrit Projekt stretched my brain in some very good ways.

All of which is making me think that maybe I need to dedicate more time to trying my hand at things other than narrative fiction. Maybe a graphic novel script, or a television treatment, or a gaming treatment. A one-act play. Or, God forbid, a movie script. Because this kind of stretching feels like it's really very good for me.

How often do you write outside your accustomed modes? Is it worth the effort?

Heading over to the infusion center this morning to have my port accessed. That's the bit where I sit in a big chair and a nice chemo nurse slides a three-quarter-inch-long needle through the skin of my chest and into my Harkonnen heart plug. It's very entertaining, I can assure you.

Once we've got me accessed, they'll pull the blood work to make sure I can receive tomorrow's infusion. As recently noted, it's possible to fail this blood test. The most common failure point is immune system collapse, as happened to me back at the beginning of June. In my case, having received the Neulasta injection, we don't expect to see that. There are some less likely failure points around organ function, but I'm relatively young and healthy and we don't expect to see that, either. Nonetheless, we have to expect.

And speaking of Neulasta, that shit's a bitch, if you'll pardon my English. I had intermittent bone and muscle aches, some of which were just bizarre. This is a known and expected side effect. The weirdest one was the day where every time I strained at stool (as they say in the lower GI business), my spine and ribs would flare with pain.

Cancer: a never-ending adventure. If you're considering it for yourself, I can recommend better hobbies.