A reader responds to Green

Gatsby without greatness — Roger Ebert on rewriting the classics.

Ridding the Streets of Dog Poop, One DNA Test at a Time 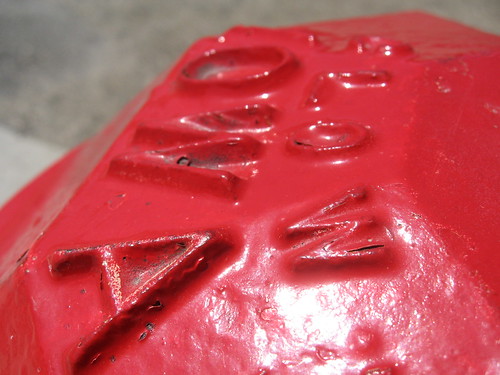 Yesterday and I finally managed a balloon flight, courtesy of , , and the good aerostat Emerald City. Not to mention a group of willing volunteers on the ground crew.

We hauled out to Valley, NE after work yesterday, where the ground crew set the balloon up. Another balloon, Celebration, was launching close by. It's a long, complex process with a lot of key steps. (Many of which I missed because I was resting in the van.) Once the balloon was set up, we were off quickly, rising over the Nebraska farmland to cruise across the Platte River. We mooed at cows, watched deer, rabbits and fox run from us, inspected crops and railroad tracks, waved at farmhouses, and generally had a grand time.

The sensation of being up in a balloon is fascinating. Except when you're close to the ground, there's almost no sense of motion. You're moving with the wind, after all. The pilot lights hissed slightly, but we could hear all sorts of things from the ground, from cattle lowing to frogs peeping to someone's peacock calling. I found that I experienced vertigo when we were close down, but not above a few hundred feet from the ground. explained that's because the sense of motion disappears as you ascend. Still, I clung to the stays pretty tightly.

On landing, as we came in over the contour of a hill, we even flew through corn. (There's a sentence I never thought I'd say.) Which is to say, the basket was cruising a foot or two off the ground through a cornfield, the plants hissing and snapping at the wicker as we flowed by.

The landing was clean and uneventful, though Emerald City's envelope got snagged on a barbed wire fence during takedown. Sadly, the good aerostat will be going in for repairs due to that mishap.

It may be a few days before I can post a good, solid photoblog of the event, but this might keep you happy for now: 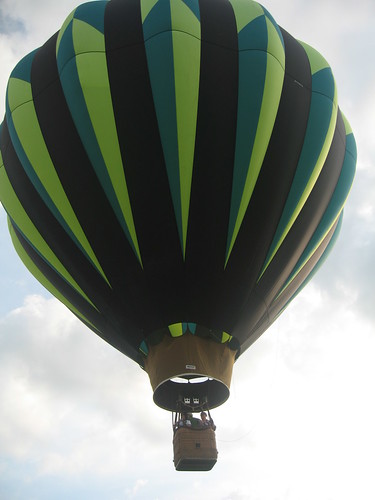 This work by Dr. C. is licensed under a Creative Commons Attribution-Noncommercial-Share Alike 3.0 United States License.

After the death of Dr. Thackery T. Lambshead at his house in Wimpering-on-the-Brook, England, a remarkable discovery was unearthed: the remains of an astonishing cabinet of curiosities. Many of these artifacts, curios, and wonders related to anecdotes and stories in the doctor's personal journals. Others, when shown to the doctor's friends, elicited further tales from a life like no other. Thus, in keeping with the bold spirit exemplified by Dr. Lambs­head and his exploits, we now proudly present highlights from the doctor's cabinet, reconstructed not only through visual representations but also through exciting stories of intrigue and adventure. A carefully selected group of popular artists and acclaimed, bestselling authors has been assembled to bring this cabinet of curiosities to life.

Yes, Dr. Lambshead is back. And he brought me with him, along with dozens of other writers and artists. Check out The Thackery T. Lambshead Cabinet of Curiosities