A review of Escapement

Wittertainment's code of conduct — For cinemas, where apparently the New Rude is asking other people to stop being rude. once got a Coke dumped on him for repeatedly asking two people behind him to stop talking. See also this hilarious bit from Alamo Drafthouse in Austin, TX. (Thanks to .)

Killer Cars: An Extra 1,000 Pounds Increases Crash Fatalities by 47% — SUVs are an excellent example of risk transfer. Anyone who drives one in order to feel safer is explicitly choosing to make me more unsafe in exchange.

No, new data does not "blow a gaping hole in global warming alarmism" — There goes that reality with its liberal bias again. Which, as I've pointed out before, is only a liberal bias because of conservative dedication to counterfactuals in the face of overwhelming evidence. Their cynical empowerment of evolution denialism in pursuit of low-information voters has opened the door to legitimizing much wider intellectual dysfunction by privileging opinion over evidence.

Apple has more cash than the U.S. Treasury — Thank you, GOP. So where's all that prosperity those Bush tax cuts were supposed to bring? Seems to me we did a lot better under Clinton.

Jon Stewart on the conservative obsession with victimization — In case you missed it. "...some of the most free-range, organically grown, disingenous, ideologically marinated, un-self-awareness I've ever seen in the wild."

?otD: What question would you put here? 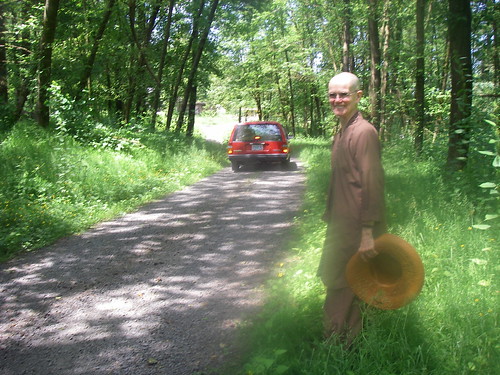 and left yesterday after staying a week to look after me. I'll see them again at Reno in a few weeks. It was sure nice to have them visit, and the food was excellent. is coming today for a couple of days, after that I'll be back on my own like a big boy.

Yesterday T— took me to see the new Harry Potter. Aside from some audience issues (see [ jlake.com | LiveJournal ] for details) it was enjoyable. I don't have a sensible review because my brain isn't up to it, but I have to say I thought the first couple were the best. Today my parents are taking me to a matinee of Cowboys and Aliens, from which I expect absolutely nothing except cowboys, aliens and a couple of hours of entertainment,

I've been reading, too, which is another advantage of laying off the opiates post-operatively. In the past week or so, I've enjoyed George R.R. Martin's A Dance With Dragons, Iain M. Banks' Consider Phlebas and am now working on Ian McDonald's The Dervish House. I've been a fan of Martin's series since the beginning — it reads like history, not fiction, which is a great deal of its charm — and I'll be dragging the rest of the Culture novels out of the downstairs shelving, or acquiring them at need. Enjoying the Banks, but haven't yet got to the 'aha' moment in the book.

Healthwise, I still feel like I've been kicked by a horse, but as my Dad says, the horse is getting smaller. The most persistent but least debilitating pain is the rib pain. They had to lift my 9th and 10th ribs out of the way to get at the liver during the resecting, and those puppies are not pleased. Given that it took close to a year for the rib pain from my lung surgery to fade to its current muted state, I don't expect relief there for a long time. The incision pain is pretty much gone, though the deeper tissue healing, specifically the severed muscle tissue reknitting, is pretty strong. That's more of a dull ache these days than an overwhelming pain.

I should be back at work early next week, both for Day Jobbery and writing. I need to roll around in Sunspin for the next few weeks, so I can get it out to la agente, and be ready for the Kalimpura revision letter I expect around the end of August. Plus, well, chemo restarts in late August, and I'd like this project to be at its next milestone before the drugs claim too much of my cognition.

That's the update from cancerland.