In which I am featured in Eating Authors

Bizarre Japanese math text — Wow... Not precisely worksafe. Weirdly sexist, in fact. (Thanks to someone who would probably prefer to remain nameless in this case.)

How Nuclear Recoil Damages DNA — The recoil of a nucleus during radioactive decay can do more damage than the alpha particle it emits, according to a new study.

A Swarm of Probes to the Stars — Chip sats and more. Mmm.

Kudos to Norway's response to terrorism — (Thanks to .)

Audit of the Federal Reserve Reveals $16 Trillion in Secret Bailouts — (Via David Goldman.)

Sound and Fury: Americans Actually Lightly Taxed — Something that is a complete unknown to conservatives. I like this bit especially: here is obviously no direct connection between low tax rates and a high rate of economic growth in various countries in 2011. Germany is doing well (maybe 3%), the US is doing poorly. Germany’s unemployment is 7%, lower than the US. The argument that raising taxes on the wealthy would hurt growth or employment holds no water. It certainly hasn't held water any time since WWII in this country's experience. Not that facts will get in the way of passionately-held ideology.

Why Voters Tune Out Democrats — During the last half-century or so, when a Democratic president has led the country, people have tended to experience lower unemployment, less inequality and rising income compared with periods of Republican governance. Not that you'll ever hear any conservative admit to that. It's a liberally biased fact. 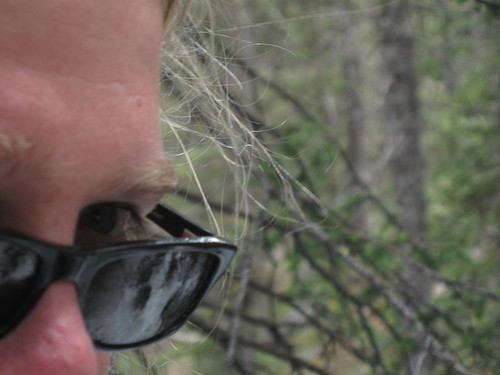 I've struggled a bit to write this particular post. It's been on my mind for a while, but finding the right way to express my thoughts has not been easy.

There are things people say to me about my cancer that drive me nuts.

It's not a matter of intention, I know that. And I have no desire to reject anyone's goodwill or good wishes. I know there's not much to be said or done about my cancer from the perspective of a sympathetic friend, acquaintance or Internet connection. Unless you're on the ground in Portland and able to be part of the group of people that help me with errands, housework, cooking and chemo care, there's not much to do except express goodwill and good wishes.

But when people tell me how brave I am, it irritates me.

Bravery is a choice. It is a thing you do when confronted by circumstances. You choose to step into the blade, fight the fire, pull the baby from the wrecked car, confront the bully, whatever it may be. In order to be brave, you have to have the freedom to walk away from the situation.

I don't have that freedom, not with cancer. I have the choice to not accept treatment, but that isn't much of a choice. I'm not brave, I'm doing what I have to do. For me, for my daughter, for my family and friends, for my books and readers, for my future. There's nothing brave about the sorry, sordid business of cancer, chemotherapy and surgery. It's just a thing I do.

Likewise when people tell me I'll be fine, it irritates me.

I think both sentiments arise from a sense of helplessness combined with a frustrated desire to help and support. Cancer still has a special terror in our culture, beyond many other diseases just as serious. For the most part, with a few notable exceptions, it's not a lifestyle disease. Cancer isn't "earned", nor is a punishment from some bitter Calvinist God for misbehavior. It's an assassin in the dark, a random terror that can strike anyone at anytime regardless of circumstance or status or their place in the world.

Beyond that, I understand that people care and want to extend affection, support, even love. So I don't grump at people when they say those things. I accept them in the spirit in which they are intended. But they still strike me oddly.

Curiously, despite my hard core atheism, I don't have a similar reaction to people who want to pray for, or occasionally with, me. I respect what prayer means to those who pray, and take that exactly as intended.

It's not that you shouldn't say these things to me. Sentiments from the heart are sentiments from the heart. But if you really want to do something for me, donate some money to the American Cancer Society or the Clayton Memorial Medical Fund. Even better, donate some time at an infusion center, or doing errands and housework for a chemotherapy patient in your neighborhood or social circle.

Because really, there's nothing anybody can do except watch me walk through the darkness, and occasionally hold my hand. I'm not brave, and nobody knows if I'll be fine, but I keep going.

There is no way out but forward.