Reno Ghost Walk — For those of you going to WorldCon. (Via Adrienne Foster.)

Suggested Medications for Winnie the Pooh and Friends — (Thanks to .)

NASA Spacecraft Data Suggest Water Flowing on Mars — (Thanks to .)

The myth of Obama's "blunders" and "weakness" — Maybe, maybe not. I am rapidly growing a lot more cynical about Obama, the unease that started with his senatorial vote for the telecom bill having come to fruition. Either way, the country got rolled hard by conservatives, and a lot of people are going to suffer for this. (Thanks to David Goldman.)

Ta-Nehisi Coates on Tea Party and the debt ceiling 'deal' 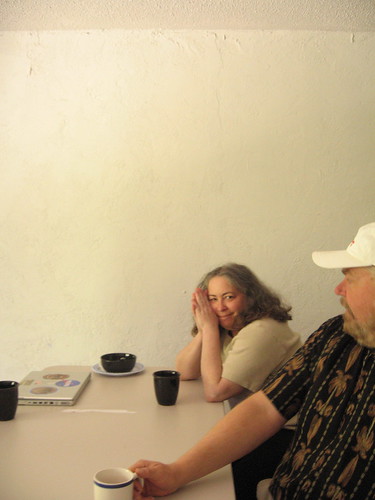 Yesterday, , and I went to see Captain America. Ken and I then came home and did a read through and review of the Hugo script.

Read through went fine. I know what else I need to do to the script, and he has some work as well. It'll be fun and funny. And it was nice to be cooking through it. I plan to spend today's writing time, after work, making the revisions we discussed, then I'll maybe hit the WorldCon critique some more. That puts my start date on finishing Sunspin to tomorrow, but I'm okay with that.

As for Captain America, I was entertained, but it never engaged my suspension of disbelief. We saw it in 3D, because that was what was running at the time we wanted to see it. Unlike Avatar, which I saw in 3D IMAX, Captain America didn't really benefit from the 3D. It was like a children's pop-up book. So not worth the money.

On the other hand, the Red Skull's roadster was pretty damned cool. I'd like me one of those.