How to become a great writer — Snerk.

Work Schedule — Structured creativity. James Gurney on his production schedule for Dinotopia: The World Beneath. I do something similar, albeit less elaborate, when I'm working on a novel. How many of you writers know before you start when you're going to finish? How many of you write accordingly?

Writing contemplations — Reesa Brown on cancer, writing and life. Her journey through cancer is much more difficult than mine.

NASA researchers find DNA building blocks can be made in space

Gloria Steinem Still Wants More — She's spent decades on the front lines of the fight for women's rights. But America's leading feminist says this is no time to settle.

Five myths about Mormonism — A bit on the rosy side (read up on the history of Mormonism and people of color, for example), but so what? I don't care what religion the president is, as they're all the same species of intellectual fillip from my perspective. It's not like we're ever going to get a rational empiricist for president. Bonus question: what church did the great religious conservative hero Ronald Reagan attend while president?

Mitt Romney: Downgrade 'not simply' president Obama's fault — "His failed policies have led to high unemployment, skyrocketing deficits, and now, the unprecedented loss of our nation's prized AAA credit rating," Romney said. And Romney narrowly avoids a collision with the facts. As every Republican knows, we ended the Bush administration with a budget surplus, falling deficits, high employment and strong economic growth.

A downgrade’s GOP fingerprints — The Right's blaming this on Obama is the hostage taker blaming their victim.

What Happened to Obama? — A lot of us are wondering this. Yes, he inherited a mess from intransigent fools. All Obama has done is make a bigger mess while catering to those same intransigent fools, who are busily quite successfully blaming him for their political misdeeds.

?otD: Did you create something yesterday? 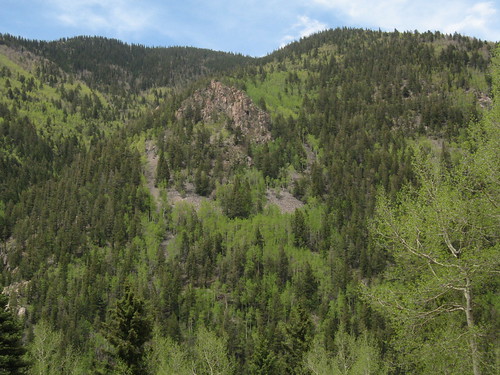 It wouldn't be the Internet without some ranting going on from time to time. And, well, the annoyances have been mounting lately. Allow me to gripe...

On the plus side, I wrote 2,900 words on Sunspin yesterday. Which makes up for a lot.