The quest to build the perfect lie detector — Getting all twenty-first century on your ass. (Via David Goldman.)

Are Your Co-Workers Killing You? — Ah, stress.

I should have picked Hillary over Obama 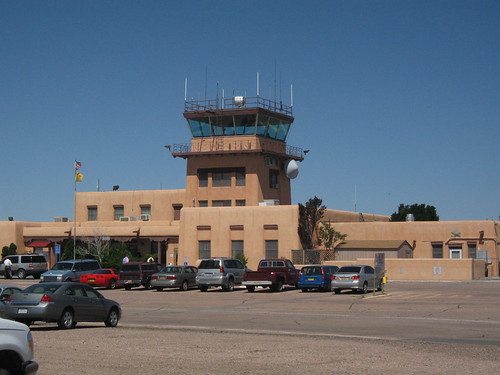 Yesterday as advertised, and I had dinner with and . had found a vegan-friendly pizza place here in Portland that was new to me, Sizzle Pie. and I split a non-vegan pie, and I must say it was one of the better pizzas I’ve eaten.

Afterwards we popped over to Powell’s, stopping to take a picture of Charlie and his name on the marquee. 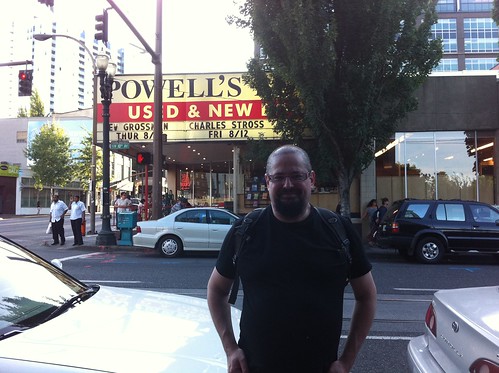 The writer who’d been tapped to introduce had fallen ill, so I was tapped at the last minute to bring him on. Which was fun. He read hilariously from Rule 34, then answered some questions, but I pooped out hard during the Q&A and so had to go home.

I did manage to get 2,800 words on Sunspin between the end of Day Jobbery and leaving for dinner, so I’m back on that horse and feeling good about things. Today I’ll be working on Sunspin some more, plus a small nonfiction project, plus some more edits to the Hugo script.

The overshoot, of course, was me wearing out so badly last night. By the time we left Powell’s, my entire incision was aching with a dull pressure. I got home, took some Tylenol and pretty much stumbled into bed to sleep 8.5 hours. These last few days I’ve been doing more —being social, running errands, going out in the evening — and it really has taken a toll on me. All of which underscores why I am renting a scooter at Worldcon, for all that such a move feels like a real blow to my pride. I’m just not all here yet.

But the important parts are.