Simple Yet Smart Cubes Go On Sale — I want a set of these!

Government Is the Solution — I really like this essay at Daily Kos.

Christian privilege invisible to privileged Christians — This is why you hear Christianist conservatives complaining about oppression of their religion. Idiots.

Bachmann ‘submission’ question was offensive — Hmm. I think it’s valid, given that Evangelical Christianity makes a strong distinction between the roles of men and women.

Rachel Maddow: Rick Perry May Be The Face Of A Christian Movement Seeking Political Domination 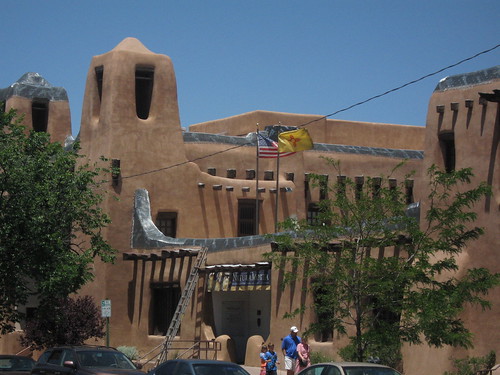 This makes a nice, digestible arrangement wherein I can have subordinate writing goals. If I’m keeping to my production targets, 20,000 words is a week’s worth of writing, plus or minus a day or two. In this case, seven writing days over eight elapsed days. Each section has its own narrative and dramatic arc, advances the characters and the story, etc. It is also my hope that this scheme will provide a reading structure in the finished book.

Of course, this may be much subject to revision before Sunspin ever sees print. La agente is concerned that the individual volumes are too long, at 180,000-200,000 words each in first draft. There will either be a fair amount of editorial trimming, or possibly a resplit of the planned three volumes into four somewhat more manageable volumes. Or maybe they’ll just be big. I don’t know yet.

What I do know is that I’m on pace with the book. I may not make my month-end deadline to have the finished volume in to la agente, thanks to the interruptions of Worldcon and chemo session five, but if so I’ll only miss by a few days. A far cry from my original production plan for the year, but cancer will do that to you.

As for cancer and me, I woke up yesterday with joint aches and a pain in my throat, as well as slight congestion. Fearing the onset of a cold or worse, I cancelled my plans for the day, and once I’d written on Sunspin a while spent the rest of the day horizontal in my easy chair. I did something I haven’t done in ages, which is read an entire book in one day — Lev Grossman’s The Magicians. I enjoyed the book a lot, but in an odd way, the fantasy angle was almost incidental to what I see Grossman as doing with the characters. If Quentin had been in law school then joined the Peace Corps before getting caught up in a coup in some African backwater, it would have been almost exactly the same story.

I also finally decided that what was troubling me was general body aches from fatigue, and the congestion is down to very mild seasonal allergies. Being sick going into Worldcon and the Hugos would have been awful.