The Dog-Eared Paperback, Newly Endangered in an E-Book Age

Could It Be? Spooky Experiments That ‘See’ The Future — (Snurched from .)

Frying pans that look like planets — (Snurched from Bad Astronomy.)

Why The Evolution Question Matters, Take 2 — A candidate who appears thoughtlessly sure that most scientists are wrong about evolution is unlikely to be sufficiently thoughtful about other things a president needs to think about (for example, the science of climate change, which Perry has dismissed with an infantile conspiracy theory). A habit of thoughtlessness is not so easy to segregate. I’ve been saying exactly this same thing for a long time. Intellectually disingenuous GOP shilling for votes has serious, real-world consequences. And despite their habits of thought, conservative voters live in the same real world the rest of us do, where MRSA, global warming, air and water pollution, and other science-driven issues matter. No matter what some Christianist politician’s spirit guide says otherwise.

That’s how the light gets in — As Harris’ journey demonstrates, once you start recognizing the humanity in other persons it can be hard to stop. Cracks begin to appear and light shines through.

Florida Republicans Fight To Keep ‘Cohabitation’ Of Unmarried Couples Illegal — Ah, family values. Confidential to GOP in America: Stuff like this is why you so often look like idiots.

Rick Perry’s demeaning abortion doctrine — The Texas governor’s real anti-abortion agenda – enforcing sexual abstinence – not only insults women; it doesn’t work The forced pregnancy movement has always been anti-sex, this is not news. See above story. (Via Steve Buchheit.)

The GOP War on Voting — In a campaign supported by the Koch brothers, Republicans are working to prevent millions of Democrats from voting next year. Hint: what’s the substantiated rate of voter fraud, that threat the GOP keeps brandishing? Not FOX alarmism, but actual, prosecutable fraud? 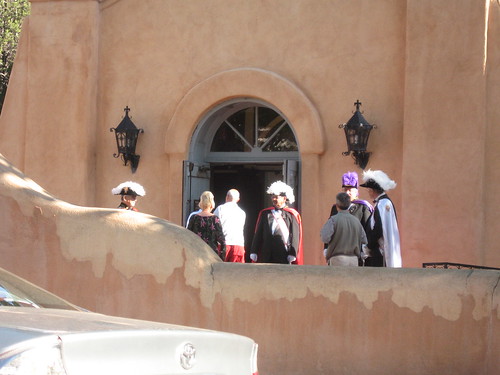 Another appeal to the mighty blogospheric brain, to see if anyone can shed some light on 19th century German naming conventions among sibling groups. This one from my Dad, who avidly pursues genealogy.

One ancestor and three of his brothers all immigrated to the US. They have all been identified in German baptismal records for the early 19th century. However, a fifth brother, of whom we have never heard, also turned up.

Even stranger, the ancestor’s given name was Georg Lorenz. However, his baptismal record says his name is Lorenz. The fifth brother was born and baptized after Lorenz and given the name Georg Michael. Is there any logical explanation for the older brother to have taken his younger brother’s first name?