A reader reacts to Green — A positive review from . Among other things, he touches on the (baffling to me) negative response several reviewers have had to the dedication.

Charlie Stross asks “What do you think is the most important novel of the past 10-and-a-bit years (published since January 1st 2000)? All male authors are disqualified.” — Interesting comments.

Scientists Reveal How Hummingbirds Sing with Their Tail Fethers

World in Transit Hides ‘Invisible’ Planet in Its Solar System

Witnessing Hell — Writer Sonia Lyris on looking back at 9/11.

Ten Years after 9/11, Do the Arabs value Democracy more than We do? — Some critics trace the debt and budget crisis to the Bush wars, but in a $14.5 trillion a year economy, the $1 trillion spent on the wars over a decade was not decisive. The real cost of the wars of aggression was a decline in the standing of the US abroad, a gutting of the UN Charter and international legal norms, and a de facto repeal civil liberties at home.

9/11: The Decade Since — I have profound respect for 9/11 and what is meant to this country, but not for our response it. 9/11 killed slightly under 3,000 people. In that same year, 2001, 29,573 died of gun violence in the United States. 931,108 of cardiovascular disease. Other major causes of death in 2001 were cancer, 553,768; accidents, 101,537; Alzheimer’s disease, 53,852; and HIV 14,175. Those numbers have held up every year since, as deaths by terrorism have not. We did not go on trillion dollar+ parxoysm of needless security theatre and foreign wars-of-choice under knowingly false premises and runaway deficit spending and dismantling of civil liberties and politicization/rank partisanship as a result of those vastly higher death rates, many of them highly preventable. We did not open commissions or establish payouts for the victims of all those other deaths. Which saddens me for our social priorities. Was 3,000 lives worth what we did? Wouldn’t a better memorial to 9/11 and its victims have been improving conditions at home across the board rather than degrading our national standing abroad?

?otD: Where were you that day? 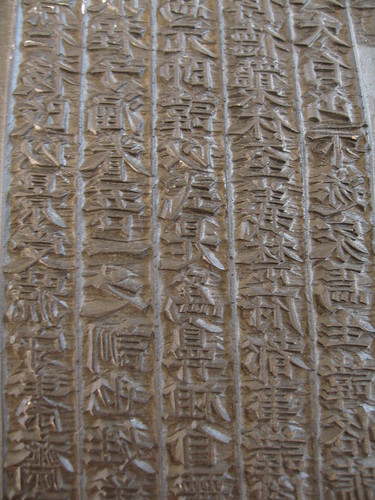 Last night I took half a Zyprexa and no Lorazepam, as part of my plan to be able to wake up the next few days. I went to sleep fitfully but successfully around 8:30 or 9:00. At 11:30 the smoke alarm in the kitchen went off for no detectable reason. My caregiver H— dealt with it, but by the time we had the alarm turned off and she’d checked the house, I was wide awake.

I remained awake until after 2 am. (This I know from the chiming of the grandfather clock.) I was trapped in the drowsy-but-sleepless state Zyprexa induces in me. And I really didn’t want to get up after midnight and take a Lorazepam, because I’d have slept til almost noon today, and been messed up for tonight and tomorrow.

As a result, I feel very ragged. The timing of this little incident was abominable. And crankity crank crank crank me. I don’t enjoy being in this mental state.

Needle comes off a bit later this morning. Then I just rest some more.