Roger Ebert on Writing: 15 Reflections From ‘Life Itself’

The science behind pleasure-seeking

Washington state gunman shot dead after firing near school field — Nope. No connections between guns and violence. I’m sure it says that in the Second Amendment somewhere. This poor fellow was just defending his essential civil liberties from the menace of middle school children. Move along, citizen, nothing to see here but liberal propaganda.

Are Both Political Parties Science Skeptics? — Sociological Images addresses this false equivalency. Topics such as evolution and climate change are subject to overwhelming scientific consensus. These aren’t “reasonable people can disagree” topics like tax rates or foreign policy. These are “the wilfully ignorant being exploited for political gain” topics.

Texas GOP Rep On Cuts To Family Planning: ‘Of Course This Is A War On Birth Control’ — This should be a surprise to no one, of course. Are you proud of your Republican party?

Mitt Romney wins Michigan straw poll, Rick Perry a distant second — I really don’t have a dog in the Republican primary fight. I think they’re basically all nuts except maybe Huntsman, who doesn’t have a snowball’s chance. Romney, however, is marginally less nuts than the rest of that pack of baying fools. And I’m not one of those liberal-progressives cheering for the greatest nut to win the GOP nod so we can defeat them more easily. Fundamentally, that’s how we got George W. Bush, who came into office in an era of (relative) peace and (significant) prosperity, and a balanced budget, and brought us the worst economic collapse since the Great Depression, the worst erosion of civil liberties since McCarthyism, a trillion dollar war of choice launched on false premises, and the deepest deficit in American history. (All of which is retroactively Obama’s fault according to the Tea Party, of course.) Not to mention the national embarassment of having an incurious fool for a leader for eight long, miserable years.

Rick Perry: The HP of Presidential Candidates — Conservative commentator Daniel Larison with more on Perry and especially (despite the headline) on Romney.

?otD: The New York Times or the Daily News? 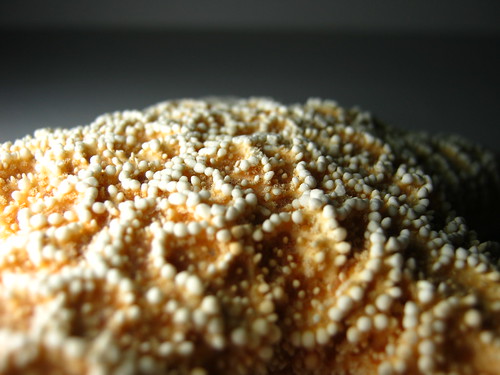 Plus I drafted the blog post on cancer, coping and terminal diagnoses, which I’ll run tomorrow morning when more than three of you are reading.

As I remain the boy in the bubble for a few days yet, thanks to my immune system doing a scarper, I have plentiful time today. It’s more a question of mental energy and focus, which despite yesterday’s productivity is still a bit iffy.

One was Ferris Bueller’s Day Off [ imdb ], a movie that needs no introduction for anyone between the ages of 40 and 50something. This is one of the truly great movies of its decade, alongside The Adventures of Buckaroo Banzai and a few others, and deeply funny in a way that holds up well today. I’d forgotten Charlie Sheen was in it. Also, it was interesting to see how much the entire plot as-written would collapse once cell phones and caller ID were introduced. Many of the shenanigans in the early part of the film involved playing games with phones that would make no sense today, and most of the film’s plausibility (such as it was) revolved around people simply being out of touch and unable to contact one another. These were things I had to explain to . In a weird way, this makes Ferris Bueller a historical. As always, very highly recommended for a re-watch or for showing for the first time to your younger friends.

The other movie we watched was the recent release Hanna [ imdb ]. That is a damned good movie that I don’t think anyone ever heard of. Spy thriller involving a teen-aged girl, so vaguely connected to La Femme Nikita and films of that ilk. It was taut, very true to the title character’s deeply warped perspectives, much more emotional than such movies usually are, and exciting as hell. As pointed out, Hanna and Green are basically the same character. The movie also did a lot of really good stuff at the layer of production values, camera work and sound design. Frankly, I’d like to see it up for an Oscar for sound design and scoring, it was that good. And if you’re fan of Cate Blanchett, this was a strange and fascinating role for her as well. Very highly recommended.

For information and signal boost…

You can find a new story by me in Sky Warrior Books’ charity anthology, Healing Waves, edited by Phyl Radford. This is a digital anthology, and all proceeds from the purchase of the eBook go to help the victims of the devastating quake/tsunami earlier this year.