Parenting: Harder Once You Actually Do It — Andrew Wheeler on parenting. I was amused by this.

Facing down my eighth-grade tormentor — Sigh. (Thanks to .)

Throwing Horses: 1900 — Shorpy with a photograph that I really don’t understand.

Modified ecstasy ‘attacks blood cancers’ — Wild and weird, this. (Thanks to .)

Einstein was wrong: Wait, no he wasn’t… general theory of relativity proved by cosmic experiment — Centauri Dreams with more on this.

What should have been Headlines in the Corporate Media: Today’s Best of the Blogosphere — Juan Cole with an interesting, and sobering, roundup of things you probably didn’t hear on the morning news.

Rights Collide as Town Clerk Sidesteps Role in Gay Marriages — As a public employee, she has obligations that aren’t magically obliterated by her religiously endorsed personal bigotry.

Refusing to Kill Daughter, Pakistani Family Defies Tradition, Draws Anger — Another reason I am a staunch atheist is disgust at the behaviors which can be privileged by religion. Islamic ‘honor killings’ rank very, very high on the list of reasons I’ll have no truck with the Abrahamic God.

Erasing false balance: the right is more antiscience than the left — Which, fundamentally, is what comes of endorsing the idiocy of evolution denial while trolling for votes. (Yet another reason I’m an atheist, btw; the degree to which religious belief privileges wilful ignorance.) I am not saying that anyone who calls themself a Republican is antiscience. I am saying the leaders of the party and their mouthpieces are, and Chris does a good job of showing that this is now the mainstream thrust of the party. If you are a conservative person who is pro-science, it is up to you to talk to your leaders about this issue.

Michael Reagan: Dad might have lost 2012 primary — Funny stuff. Except the part where Mike smokes crack and says his dad was the greatest president of our lifetimes.

The 21st Century Another American Century? Don’t Bet on It — Note the key events cited in this post as undermining American power and credibility, and which gang of patriots presided over them.

Charisma Isn’t Enough — Conservative commentator Daniel Larison on Chris Christie and Jon Hunstman. I especially liked his closer: I won’t discount the importance of a candidate’s visceral appeal, but I would point out that the things that conservatives may find viscerally appealing in politicians also tend to be the things that make them politically toxic to many others.

?otD: Ever had chemo? 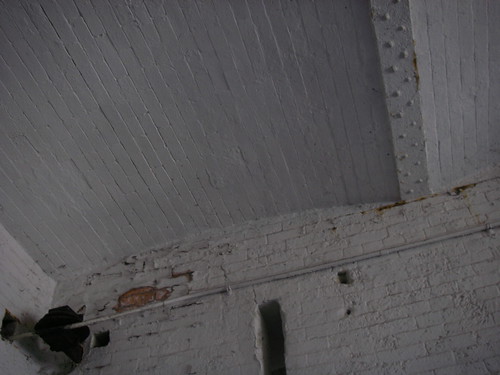 A few weeks ago, I announced an Endurance ARC contest [ jlake.com | LiveJournal ]. Only three brave readers entered the contest, which kind of croggles me, so I’m declaring three co-winners!

The winning entries are:

: There were slings and arrows, of course, and while her fortune was anything but outrageous, her accuracy with the slings, arrows, and several other tools of the trade certainly was. Too young to contemplate retirement seriously, and still, in her heart of hearts, enjoying her work to a certain extent, this left her feeling uneasy and a bit untethered.

It wasn’t easy, being Green.

Trey: What about Green? Sold by her family, raised in cruelty to a specific standard of courtesan, used as a weapon and on and on. She should have broken under all that. But she keeps on. She endures. She grows and changes.

I like her prickly pride, stubbornness, wit and temper. She’s also deadly as a viper. In all of these, she reminds me of Venera Fanning (Karl Schroeder’s Virga series) and Jamethiel Dream Weaver (of P.C Hodgell’s Kencyr series), with a touch of Hezhi from Greg Keyes Waterborn. I like reading about her though I doubt I’d want to deal with her regularly (sort of like Dr. House in that regard), and right now I want a copy of the sequel Endurance to read.

Greg: Green is a girl of a poor family sold into service of a forign power trained as an assassin and courtesan whom looks back on the stoic bull of her family as a symbol if her separation from her fate…

So, go you guys for being players! And winners! Please email me with your contact information so I can send out the ARCs. And thank you for playing.

Lo and behold, my recent project has borne fruit. I now have an index to my cancer blogging. This is an edited down links list, organized roughly by topic, with key posts highlighted in bold.

The goal here is both to help me find my own thread of thoughts preparatory to outlining a nonfiction project or two, and more importantly, to make my cancer blogging at least somewhat accessible to new readers.

One of the most moving and rewarding aspects of my cancer journey has been to hear from patients, their families and their caregivers about how my writing has helped mutual understanding, and sometimes provided words in situations where communication was difficult. These days I receive as much fan mail for my writing about cancer as I do for my fiction. So I felt it would be useful to provide a somewhat organized access to my blogging on the topic.

Doubtless I will be as dreadfully dilatory about maintaining these indices as I am about maintaining my bibliography, but at least it’s a start. I’ve put a link to the index in the sidebar of my LiveJoural as well as on the home page of my Web site. I will try to remember to include the index link periodically in my cancer posts as well, for the benefit of newer readers.

Meanwhile, well, at least there’s some coherence to a great deal of history over the past few years.

I’ve been challenged several times over the past few days about why I have been working on the index to my cancer blogging just now. These remarks have come in conversation with my therapist and family, in blog comments from readers, and in emails from friends. After all, the last couple of weeks have been pretty atrociously difficult for me, between the epic GI problems of a week and a half ago, the difficult conversations with ‘s therapist, the immune system crash with its concomitant postponement of chemotherapy and the social isolation induced by my precautions, as well as my fears about the spike in my CEA levels.

Why, I have been asked, am I hitting myself on the head with the hammer of memory when my daily life is already deeply stressing?

Several reasons. The simplest is that this needed to be done, I’d committed months ago to trying to do it this fall, and now was when I had the time, post-Kalimpura, post-Sunspin and pre-getting persistently lost in the chemo brainfog. Keeping my professional commitments is very important to me, and from my perspective, this was a professional commitment.

It’s not like things are going to get any better for me over the next few months, so the “why right now” argument amounts to a “why not do it in the middle of next year” argument, which I find unacceptable.

Secondly, a real important part of my cancer journey, for me, has been the process of being a witness for cancer. As I mentioned in the index post, I get as much fan mail off my cancer these days as I do off my fiction. A lot of it says things along the lines of “You’ve helped me cope with my spouse’s cancer” or “You’ve helped find the words to explain my illness to my family” or “You’ve helped me understand the things my parent wouldn’t say before they died.” By Ghu, if I can make something constructive out of this horrible, pointless experience, then I have drawn some victory from the jaws of debilitation. Assembling the index is an important part of keeping my words about cancer fresh for other people who haven’t been with me on this journey since the beginning.

Thirdly, though it was kind of a head buster walking down memory lane with my ever declining health and the collapse of my cherished primary relationship, it was also cathartic. These are events with an intense hold over me, as you can imagine. At the same time, I have been working pretty hard to break that hold, to live for myself and my future, such as it is, instead of dwelling in the past. Looking through those elements of my life amounts to a letting go.

I’m not erasing anyone or anything from my history. I’m just trying to release some of the soul-crushing load it represents for me. Working on that index just now, in the face of everything going on, has been an important part of that process for me.