Steve Jobs’s Death: The World Reacts — Cancer claims a very prominent life. The first computer I ever used was an Apple IIc (I think), and I’ve been a Mac user since 1985. Every one of my books was written on a Mac, as were the vast majority of my short stories. Every phone call I’ve made for years has been on an iPhone. Jobs’ vision of technology and usability have influenced my life in profound ways. Juan Cole with more, a fascinating perspective on Jobs.

Essay: Publishing Favors the West — Charles A. Tan on the issues of being a writer outside the US/UK orbit.

The Writer Beware/The Write Agenda discussion — on the idiocy around the so-called “Write Agenda”.

The Future of the Book — Bestselling author Sam Harris explains his current solution to the strange new media world—and why he’s publishing short ebooks. (Via AH.)

Nobel Prize in Chemistry for dogged work on ‘impossible’ quasicrystals — Daniel Shechtman, who has won the chemistry Nobel for discovering quasicrystals, was initially lambasted for ‘bringing disgrace’ on his research group.

Long Cold Spell Leads to First Arctic Ozone Hole — There goes reality with that darned liberal bias again. If only things fit people’s preconceived notions, life would be so much simpler!

Ruminations on scientific expertise and the ethics of persuasion

Evangelicals vs. science — Slacktivist Fred Clark delves into the roots of Christian and Christianist idiocy on evolution, global warming and so forth.

When I Needed Help, I Got Propaganda — While Republicans have made their concern for the unborn clear, the fact that many of them proposed cutting nutrition programs for infants by about 10 percent earlier this year suggests that their concern for babies may end once they’re born. That’s been true of the forced pregnancy enthusiasts on the Right since the beginning. Conservative pro-life concerns end at birth. Years of rhetoric and legislation assaulting women and children’s programs and promoting the death penalty make that unassailably clear. 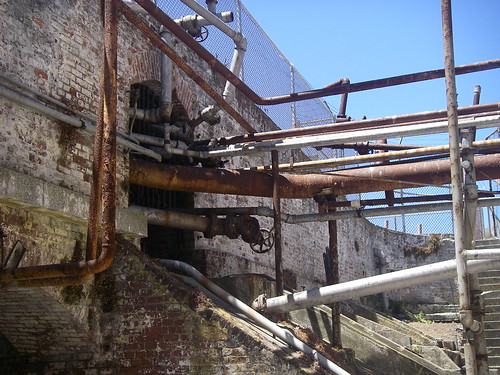 I am very late to this party, but yesterday I read Among Others by Jo Walton [ Powell's | Barnes and Noble ], in one sitting. My god, the voice in this book. If I am ever called upon to teach voice in a writing workshop, I am simply going to point here and say, “Go forth and read.”

Far brighter minds than mine have commented on Among Others, and I’m not sure I have a lot to add. I know it struck me so powerfully in part because the narrator’s age, as both a reader of SF and in terms of the chronology of the book, is coincidentally within a year of my own. At the sensawunda level, I was reading my own story. That’s an artefact of me being born in 1964 and having come of age in the later 1970s and onward, and like the protagonist, having been sent off to boarding school. I suppose if I were ten years older or younger, or with a different background, the resonances would have been different.

But whatever age you are, or were when you discovered the miracles of fantasy and science fiction, Among Others is in part a love letter to that discovery, to those books and authors and their culture in which we now find ourselves immersed in years later. It’s also a coming of age story in the more usual critical sense of that term, and does a damned fine job of telling that story with the journey through genre serving as counterpoint. Wrenching, exhilarating, tragic — apparently I can only speak in cliched adjectives of this book.

If this book isn’t at the top of the Hugo ballot next year, I’ll be astonished.

My little pea brain, fogged in by chemo, is still producing fiction at least a bit longer than I originally expected. In the past two days I’ve managed 4,500 words on a short story, which I reasonably hope to finish in first draft today at around 6,000 words or perhaps a bit more. I’m rather pleased with myself.

After that, I’ll be back on the novel outline I’ve been poking at with J.A. Pitts, and/or Sunspin revisions once la agente gives me her feedback on Calamity of So Long a Life. My first (well, now second) readers continue to like the book. And even as my right brain lurches off into bogging down territory thanks to chemo, I’ll have my left brain(ish) revision skills a bit longer. Maybe we can get that darned thing to market this fall yet.

Mostly, though, it’s good to still be writing at all. My assumption since the chemo was first scheduled was that I’d be shut down by October. I’m perfectly happy to have an extension of that.

So, write more. What else?