Don’t forget to drop me a question in my interview thread. [ jlake.com | LiveJournal ]

Prose to Poetry and an Interesting Technique to Evaluate Your Own Writing — with an interesting proposition.

Book Jackets Defaced by Playwright Joe Orton in 1962 on Display in London — This is interesting at several levels.

No Cause to Fear an Attack — A hilariously strange 1952 magazine cover for Weird Tales from the Future.

“Am Bodensee. Großflugzeug “Do X” und Luftschiff “Graf Zeppelin” — Aw, man. Two of my favorite pieces of technology in one rather curious photo. This is so awesome.

Saturn: Shadows of a Seasonal Sundial — A pretty nifty photo of Saturn’s rings from APOD.

Mississippi Personhood Amendment — on a particularly disgusting piece of legislation from the forced pregnancy enthusiasts in conservative America. Putting aside the contentious issue of abortion, this would effectively outlaw birth control and criminalize women who have miscarriages.

We Need a New System — As someone recently observed to me, conditions in the United States today have some striking parallels to conditions at the start of the French Revolution.

Why Occupy Wall Street isn’t about a list of demands — The tone of at least some media coverage seems to be improving. Still, compare with the effusive fawning the Tea Party, which was only ever (and literally) a production of FOX News at its beginnings.

Is an Iranian Drug Cartel Behind the Assassination Plot against the Saudi Ambassador? — Juan Cole on the unlikely ins and outs of the alleged plot.

Dead Letter Office — The case that has even Antonin Scalia wondering what to do about incompetent lawyers in death penalty cases. When even that lunatic archconservative ideologue Justice Scalia thinks a capital defendant has been mistreated, you know something is seriously wrong.

Wagner’s Insane Demonology — Just read this, and reflect that people who think like this are important players in the conservative movement, their blatant insanity privileged by religious belief rather than on court-ordered medication.

Cain and “Gotcha” Questions — [Cain] has already been asked, and completely failed to answer, “gotcha” questions on such obscure topics as the war in Afghanistan and the Israeli-Palestinian conflict. Ah, the “gotcha” question. Claiming that is the refuge of the incompetent candidate.

Misrepresentations, Regulations and Jobs — [Republicans] assert that Barack Obama has unleashed a tidal wave of new regulations, which has created uncertainty among businesses and prevents them from investing and hiring. No hard evidence is offered for this claim; it is simply asserted as self-evident and repeated endlessly. Which is of course true of most Republican assertions, equally baselessly and endlessly propagated to the angry low information voters so zealously nurtured by their media strategy.

?otD: When’s the last time you licked a stamp? 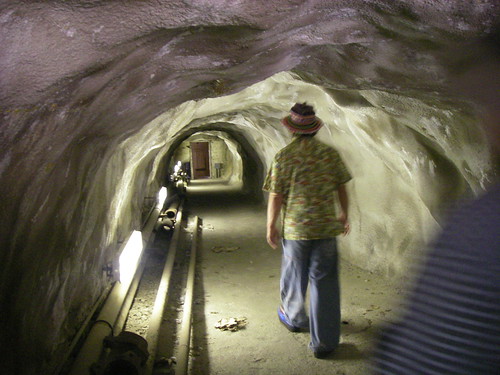 Yesterday, the inestimable made a terrifically interesting post about recasting prose as poetry in order to more effectively see what kinds of language choices the writer had made.

Being me, I of course immediately had to try this. It’s, well, interesting. I give you several examples.

The opening to Mainspring, recast as poetry.

The angel
Gleamed in the light of
Hethor’s reading candle
Bright as any brasswork automaton
The young man
Clutched his threadbare coverlet
In the irrational hope
That the quilted cotton scraps
Could shield him
From whatever power
Had invaded his attic room.
Trembling
He closed his eyes

The opening to Green….

The opening to Death of Starship…

“Z-flotilla’s gone over to the rebels!”
Shouted one of the comm ensigns
Sweat beaded on the boy’s
Shaved head
He was still young enough
To be excited by combat
NSS Enver Hoxha‘s battle bridge
Was wedge-shaped
Command stations
At the narrow aft end
A giant array of displays
At the blunt end
All finished out in military-grade carbonmesh
And low-intensity gel interfaces
A dozen duty stations
Arrayed before and below Captain Saenz
Eighteen officers and men
Laboring wet-backed and trembling
In the service of their own
Imminent death
Everything reeked
Of panicked men
And distressed electronics

That last one’s a little strange, but I think they all three hold up okay. Am I poetic? Lyrical? Who’s to say from three opening passages?

How does this work on your fiction?

asked me this question in email yesterday:

You’ve talked about how people without insurance are screwed by the system. Heck, even people *with* insurance are screwed by the system. But what about those people without the analytical thinking abilities that you clearly rank high in? If someone is not too good in thinking through things like this — scheduling days off, asking about the day after Thanksgiving, etc. — how can they possibly cope? Some may have a good support system (family, friends) who help. But ideally we’d all have our own patient advocate…and I’m guessing those aren’t all that common.

I’ve written before about class privilege and chemotherapy [ jlake.com | LiveJournal ]. ‘s question raises a point that feels intuitively similar to me, though I can’t really find way to cast in a frame of privilege, per se. Unless there’s such a thing as cognitive privilege. (Handicapper General, anyone?)

In effect, when you enter the maze of serious healthcare problems, you also enter a maze of phenomenal complexity with respect to paperwork, decision making, processing of urgent and stressful information — a whole host of issues that are broached when one is least prepared to deal with them. In the case of TBI or other explicit forms of cognitive impairment, the problem is blatantly obvious, but it applies in truth to anyone who spends a lot of time heavily medicated or under the emotional, social and financial stresses of serious illness.

At a time when we’re least prepared to cope, we’re called upon to cope the most.

And what happens if we don’t cope? Payments can be missed, claims can be denied, needed treatments can be cut short or omitted. How do we think our way through these mazes?

The system really doesn’t recognize this problem. There are fixes of a sort in place here or there. Social workers, volunteer help at clinics, and so forth. But these are available on a patchwork basis, and even the best social worker or volunteer can’t come home with the patient, can’t sift through all their paper work, can’t help make their medical decisions.

A great deal of this demand comes from the arcane system of healthcare finance we have, which generates inches-thick stacks of paperwork. A great deal more comes from the tension between patient autonomy and patient capacity (or incapacity). In a sense, this is the most overwhelming trial of serious illness. Not only does the business life not go on hold for the patient, it gets more demanding.

How do we fix this? What do we do for people who can’t keep up with it? As the system stands today, mostly we just let them fall behind.

I wish I had an answer for , but I don’t. For my own part, I’m just damned lucky I’m smart and energetic and resourceful and blessed with a wide array of family and friends to step in and help.

Got my agent’s response to the first part of Calamity of So Long A Life yesterday. She has recommended a number of changes, some of them pretty deep regarding book structure and so forth.

Ordinarily I’d be on this like a tiger on a monkey, but I had a very weird reaction yesterday. I got quite stressed out and unhappy about the magnitude of the changes. Not in the sense of “oh, I cannot disfigure the Precious!”, but more in the sense of “oh, shit, I don’t have enough time for this!”

This is the largest set of changes she’s ever called for in one of my manuscripts. Which makes perfect sense, since I’m taking a lot of creative risks with Sunspin and trying out new techniques in outlining, drafting, storytelling. As usual, I’m learning as I go. My agent’s feedback is part of my tuition.

It’s just the intersection between the deepening of my chemo cycle and the demands of the manuscript is highly unfavorable. Offhand, if I were ordinarily healthy, I’d call this two or three weeks of pretty intense work. In my current state…? Four to five calendar weeks, possibly, if I could somehow avoid decaying further into chemo fog. And this is only the first portion of Calamity.

What this means as a practical matter is I’m extremely unlikely to have the book ready to go to market this fall. That affects no one but me — I wrote this on spec, there’s absolutely no deadline. But I feel like I’m failing myself. And yesterday that sense of failure, of once more being compromised by cancer, was very emotionally overwhelming.

Of course I’ll do what I always do. Pick myself up, develop an action plan, and go forward. The book will be done when it’s done. I’m certainly not disappointed in my agent’s response. That’s her job. I am rather disappointed in my own reaction to her response.