Endurance Sweepstakes! — tor.com with a giveaway of my forthcoming book.

Amazon Signs Up Authors, Writing Publishers Out of Deal — Amazon.com has taught readers that they do not need bookstores. Now it is encouraging writers to cast aside their publishers. (Via several sources, including my Dad.)

What killed Steve Jobs? — Pharyngula with more on Steve Jobs’ cancer. (Thanks to .)

The Quest for the Holy Grail of Storage – RAM Cloud

Failing dreams: California faces its own Great Depression — It is less than 20 miles from the pristine surfing beaches of the California coast to a scene of Third World deprivation.

The Rise of Crime-Sourcing — (Via David Goldman.)

How News Media and Blogs Have Eyed the Presidential Contenders During the First Phase of the 2012 Race — Your Liberal Media, fluffing the conservatives as always. This is excellent news for John McCain!

Rick Perry officials spark revolt after doctoring environment report — Scientists ask for names to be removed after mentions of climate change and sea-level rise taken out by Texas officials. This is exactly how the Bush administration handled these things, too. When the facts are biased against you, delete the facts. It’s a very Soviet approach to ideology, ironically enough. (Thanks to .)

For Bachmann, God and Justice Were Intertwined — Confidential to GOP in America: Freedom of religion means freedom from religion. Which decidedly protects you every bit as much as it protects the rest of us.

Democrats Court the Wall Street Protesters — Karl Rove in The Wall Street Journal. Before they go much further with this courtship, the president and other Democrats need to remember it’s always dangerous to associate with people who are just plain kooky. The mind boggles that Rove could say this with a straight face. Has he looked at the GOP base? Science denial? Christianism? The forced pregnancy movement? Gun psychosis? Those are the pillars of his own house. (Via Dispatches from the Culture Wars.) 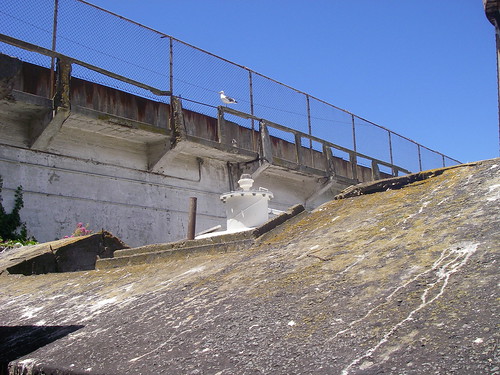 Turnabout is fair play. Answer in comments if you like.

1) What creative project are you working on right now?

3) How do you motivate yourself?

4) What would you tell the world if you could, today?

Especially clever and/or interesting answers may be promoted to blog posts of their own hereabouts.