A thoughtful and rather starkly negative review of Green — One might well imagine my intentions for the book were rather different than this reviewer’s experience of the book.

What are the most interesting societies, alien or otherwise, in SF/F? — Another SF Signal Mind Meld, including comments from me.

Parents Urged Again to Limit TV for Youngest — Yeah, no kidding. Mother of the Child and I have raised without television and with only limited access to video, and she seems to have done just fine.

Android debuts Ice Cream Sandwich — Really, I just love this headline. Context is for the weak.

When Hacking Your Car Is a Civic Duty

Seeing through walls — Researchers at MIT’s Lincoln Lab have developed new radar technology that provides real-time video of what’s going on behind solid walls. I’m sure Harry Potter has a spell for this.

Dust storm shrouds Texas city — An enormous cloud hits Lubbock, where residents compare it to the Dust Bowl of the 1930s. The ongoing drought helped produce the storm, an expert says. So where are the Christianists claiming some imagined slight against their deity? If God can punish Orlando or DC, why not Lubbock?

Spain’s stolen babies and the families who lived a lie — The role of the religious leaders of Spain in this story is disgusting. Can you imagine the reaction if atheists were stealing babies from Catholic hospitals?

Ralph Reed: When the Government Helps the Poor, It Takes Away Our Liberty — I’m sure it says exactly that in one of my Bibles here.

Glenn Beck: Occupy Wall Street Protesters Will ‘Kill Everybody’ — Right. Because the first impulse of liberal-progressives is to proclaim the need for Second Amendment remedies and talk about watering the tree of liberty with the blood of tyrants. Oh, and to bomb clinics, too. Projection much, Glenn?

?otD: What questions did you ask today? 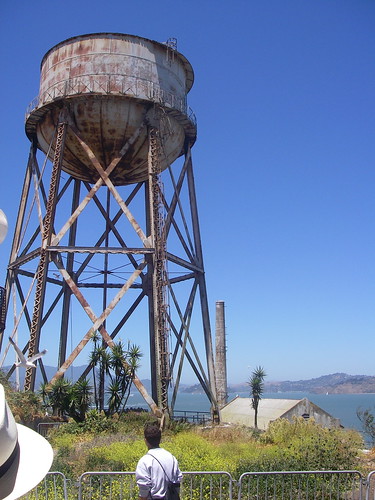 Yesterday I posted a few questions on my blog, interviewing you guys. The answers were by turns funny, delightfully mundane, sublime, and in a few cases saddening. They make for wonderful reading if you want to go page through the comments on the posts at: [ jlake.com | LiveJournal ].

I decided it would be fun to post the answers to my fourth and last question all rolled up together. People thinking and talking and believing in things made for uplifting reading for me. I hope it does for you, too.

4) What would you tell the world if you could, today?

: And I would tell the world the words of Kurt Vonnegut. You just gotta be kind.'

: Hard as it is, you can't shake the whole "Are you being a writer like your grandmother/father/whatever" until you show them you're doing something totally different. Which means actually doing it. And that English teacher who mocked your wish to start off writing formula for Mills and Boon? Was a bitch and you shouldn't have listened to her. Oh. Sorry. The second one was just for me.

: We only get one shot on this spinning globe so make the best of it, be nice to people, be thoughtful, and stop wasting your time messing around with things that aren't going to matter in the long run. Things are rarely as important as they may seem, and things that don't seem important now, tend to be what you treasure or regret most later.

: Does the world need to hear from me? I want to say something about how Jamaica managed to keep its democracy going, redefine what it was about, define itself as a country, and do so in spite of screwing up its economy. This is more political theory than anything else, and so I want to say something about the ideas that made this possible and why those ideas are worth attending to today.

None of this is clever, but it draws as much on my creativity as it does on my analytic skill.

: Figure it out for yourself, then nobody can take it away from you.

: Stop texting and driving, for the love of all that's good in the world. Especially when you're tooling through the grocery store parking lot where there are lots of people walking! How is this so hard to understand? This is dangerous and dumb.

: Stop being stupid. Be kind to the people around you--by which I mean those in other states, other countries, etc. Sharing the wealth and making sure your fellow humans have certain basic amenities does not mean there will be less for you. Unclench.

: Greed is NOT good.

: Applies to all of them (and my day job): take some joy in and from your work!

: No matter how cliche this sounds, to live every single moment because you never know if it will be your last.

: What would I tell the world? Hmmm. Don't vote Republican? No, that would be too easy. How about look at the facts before you vote.

: Be generous, no matter how much you have. If you won't at all miss what you gave, you were not generous. Give more.

: (and Mafdet in particular) are wickle twaitors who have rejected the comfy cat basket in front of the (on) radiator in my study to sit with autopope.

: No wisdom for the world, except possibly, "Pay attention. Respect each other." At least that's what I'm working on.

: It's a gorgeous fall day in Virginia.

: Be more compassionate and tolerant. also, mind your own business.

: Share the love. Really. By helping others succeed, you succeed too.

: Big Money is never your friend. It lies a lot and pretends it is, but in the end, it only serves itself.

: That humanity can accomplish much more if we work together than if we continue to make war on each other. Space should be our destination, peace should be our credo, and brotherhood should govern Earth and beyond. (I know, old-school statement, but the world needs a reminder now and then.)

talktoyouniverse.blogspot.com: That every cultural assumption is worth questioning, that what people try to tell us comes always out of their own vision, and that we should pursue knowledge on a deeper level, trying both to see greater detail, and to see how those details contribute to the bigger picture.

Stephen A. Watkins: “Writing is an act of love.”

Matt H: You can have whatever it is you want but nobody is going to hand it to you.

Steve Buchheit: Slow down, I’m having trouble with the brass ring.

: Be kind to each other: everyone is fighting a battle. (And to paraphrase from The Bloggess, Also some of them might have knives.)

: I have laughed more in the last month and a half since the new kittens moved in than I have in a very, very long time. Which I think is one reason I'm unstalled, to be honest.

: Last night I had a dream. In the dream I was standing, stark naked, in front of a huge audience about to give a speech. The title of the speech was "Overcoming your fears."

Don't be afraid of anything that isn't getting ready to kill or maim you right this second. Fear of success can hobble you just as much as fear of failure. Fear of not measuring up can lead you to never actually try. Fear of other people's opinions is an utter waste of time better spent doing things you want to do.

...More seriously, I would want to raise awareness of what it's like to live with a chronic illness or other disability and hope that someone else hearing or reading it learns that they are not alone in feeling the many emotional and physical tolls such things take.

: It doesn't matter if you're afraid. Everyone's afraid. While there are mean people out there, most folks want you to succeed. Your efforts give them hope and happiness. So take heart.

: After reading most commenters' #4, to say what I thought originally would be preaching to the choir. See the commonalities not the differences. But don't forget to celebrate the differences. Look beyond your horizon. We're all in this together.

: All of us are at a potluck. Don't bogart the dessert.

I think I'm finally hitting the wall I've been expecting since the end of September. Yesterday was a very difficult day from a chemo fatigue perspective. I barely made it through the Day Jobbe, and had absolutely no energy for writing productivity. We'll see how today goes, but I'm afraid my writing mind may be signing off for the duration.

This makes me very sad.
Collapse