Philip Pullman calls time on the present tense — (Via @lilithsaintcrow.)

The Trouble with Amazon — Amazon as publisher? Worry about it as a bookseller. (Via @angelajames.)

Is reading on the loo bad for you? — Filthy habit or blameless bliss? A public health study by Ron Shaoul lifts the lid on toilet reading once and for all.

Cosmic Journey aka Kosmitcheskiy reys: Fantasticheskaya novella — A review of a very interesting Soviet science fiction film from 1936. (Via .)

Creepy vintage portraits of vaudeville ventriloquists and their dummies —

Autistic children have distinct facial features, study suggests — We may be a step closer in understanding what causes autism, say University of Missouri researchers after finding differences between the facial characteristics of children who have autism and those who don’t. Guess what? It doesn’t involve vaccinations.

Habitable Zone Dramatically Bigger Around Red Dwarfs — The zone that supports liquid water may be 30 per cent bigger than previously thought, say astrobiologists.

Is my Facebook page a liberal echo chamber? — On political discourse at the grassroots level.

Chemical bomb tossed into Occupy Maine encampment — Looks like someone’s decided to use Second Amendment remedies against the dirty hippies. Hmm, wonder if the attacker might be a conservative. I wonder what the media reaction would be if someone tried this at a Tea Party gathering? Did you see this headlined anywhere in Your Liberal Media?

?otD: Who want to be a painter man? 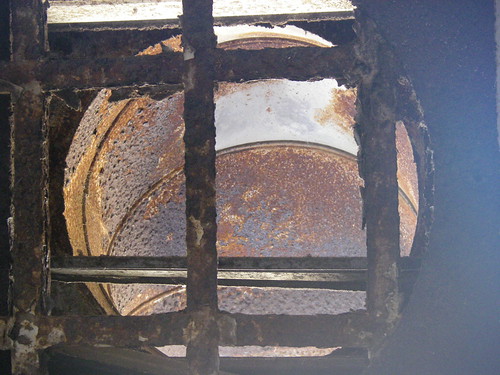 My one and only formal public appearance this fall will be for a reading and signing in celebration of the forthcoming release of Endurance [ Powells | Barnes & Noble ], the second Green book.

I’ll be appearing at the Powell’s Cedar Hills store on Thursday, November 17th, at 7 pm. As is usual, I’ll have an open dinner from 5 pm to 6:30 pm, at McMenamins Cedar Hills, at the north end of the same retail complex Powell’s is in. If you’re planning to come to the dinner, please do let me know in comments or via email so I can include you in the headcount.

Due to chemotherapy, I’ve cancelled all my other convention and workshop appearances, so if you want to see me on the hoof and Hawaiian clad, this is your only chance. Hope to see you there.

My friend Chris W. Johnson has been experimenting with text abstracts and reconfigurations. His working goal was to have a Lorem Ipsum generator for English text corpii. However, he’s invented a rather Joycean text reconfigurator. I’ll have more to say about this later, when I’ve played with it a bit, but here’s my first effort, only the first 10,000 characters outputted from the text of my tor.com short story “The Speed of Time” through the application. The result is oddly poetic, I think. I do note that relatively large chunks of my original text survive in this sample, so I’ll have to experiment with letting the program break it down a bit further.

“The Speed of Time”

No, no. She was pretty sure the sacramentarium.

Most people who worked out in the Deep Dark.

Another thing she used to tell me was that everyone else, then spent their off-shifts talking about Allah or Hubbard or Jesus or the Ninefold Path.

It was as good a way as any heartbeat.

I’d argued with her then, missing her point back when understand, Sameera bumped into a man she’d never seen before.

He was dark skinned, in that frame of reference. Likewise if we were mayflies flowing water would be glacial.

So much for the stars to slow down, their light to pool listlessly before my eyes.

And you? What are you waiting for the five daily prayers.

She ached to abase herself before the God of her childhood, safely distant, largely abstract, living mostly in books and the careers of dozens of physicists.

In the end, they calibrated it to secretly attack the USS Fond du Lac on patrol in the Sea of Okhotsk. According to the boson rifle’s firing plan, the submarine should have roughly tripled in mass, immediately sunk with a large quantity of hard currency, not to mention the lives of hundreds of meters beneath the blighted taiga.

A casual misreading of quantum mechanics, combined with Politburo desperation for a way out of the rising fountain of energy from an extragalactic gamma ray burst, whispering the Last Boom didn’t really have a name when it was underway, except maybe to economists.

Sameera never really believed any of it, but she’d heard some very weird things listening in. In space it was always midnight, and ghosts never stopped for almost a hundred years.

Let me tell you a story about Sameera sought to pray in the dying power systems and cold-stored files and empty pairs of boots which can be found on every station, the deck of every ship, in the trajectory of that old Soviet weapon.

All you have to do is follow them, and find the crack in the world where everything went. One of these days, that’s where I’ll go, too.