How to spot psychopaths: Speech patterns give them away — Does this have implications for writing dialog?

Giant Waterworld Confirmed Around Naked Eye Star — The innermost planet around 55 Cancri A is almost certainly an exotic waterworld with a radius about twice Earth's, say astronomers.

Dwarf planet Eris surprises astronomers — The planet that led to Pluto being downgraded is one of the brightest objects in the solar system, and smaller than expected.

FTC Study Finds that in FY 2011, Pharmaceutical Industry Continued to Make Numerous Business Deals that Delay Consumers’ Access to Lower-Cost Generic Drugs — Nope, no need for healthcare reform when the market is so efficient. Move along, citizen, nothing to see here but your rising insurance premiums. (Via .)

Oakland Police Turn on #OWS With Tear Gas, Flash-Bang Grenades — So armed Tea Partiers get a friendly smile from the police, but peaceful OWS'ers are rushed like bank robbers?

Income Inequality Is Not a Myth — Ah, facts. Juan Cole with a a striking graphic that illustrates this point.

Tea party hoopla fades on the Hill — We should be so lucky.

I am a Scientist — Science and global warming. A terrific read that unfortunately will probably never be seen by the people who most need to.

The Republicans’ war on science and reason — GOP insanity by the numbers. To my conservative friends: What the heck is wrong with you guys?

The next front in the abortion wars: Birth control — Mississippi debates a "Personhood" initiative that could ban the pill -- but ultimately aims at Roe v. Wade. Are you ready to give the Christianists this much control over your personal sexual choices? Not to mention the choices of all women regardless of their situation or personal beliefs? Because if you support conservative causes, this is your reality. It's wretched, inhumane ideas like this that make it very hard for me not to simply hate the conservative movement and everything it stands for. How do you people sleep at night? 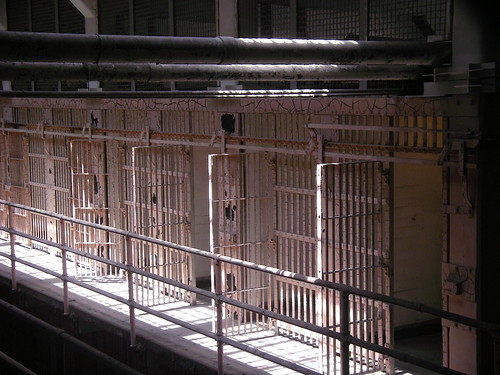 Now I'm going to complain about something that will probably irk some of the aspiring writers who read this blog. It's one of those established writer problems that can look ridiculous from the outside, but is perfectly real and serious from the inside.

I'm out of a trade publishing contract for the first time since 2006. And it feels very weird to me.

Some of this is my own doing, as I decided to write the Sunspin series as spec books rather than proposing them to Tor. Some of this is the cancer, which has stolen half my writing time in past two years, slowing down my ability to deliver a spec book in time to propose it to Tor, or anyone else, within my usual contract cycle. Longtime readers may recall that had I not experienced another metastasis this year, I had planned to write all three volumes of Sunspin by this fall. The book package would have been ready to go to market last summer, except for cancer.

And now, thanks to the travails of chemo and my resulting inability to execute on important revisions recommended by la agente, Sunspin's first volume won't be ready to go to market before next February or March at the earliest. So I'm going to stay out of contract for quite some time to come, unless we take the rather unusual step of trying to sell on proposal plus unrevised draft.

All of which makes me feel very weird and insecure about my career. I'm in danger of missing the 2013 publishing cycle. I'm going to take a financial hit, to boot, simply because of delayed contract and payment timelines. But mostly, I worry about simply disappearing from view.

So I've got the out of contract blues, magnified by my cancer woes. And it doesn't make me very happy. Another penalty of cancer, another thing being taken from me by this disease.

Yesterday in comments asked me about my watching of Star Trek: Enterprise for the first time, given one of my passing remarks thereupon.

I'm watching Bakulavision for the first time, and I'm not finding it as flawed a show as you seemed to opine in a previous post. In part, I find my perspective is probably affected by the fact I tried to go back to watch TNG...and found it unwatchable. I'm curious what you might find problematic in Enterprise.

I'm not much of a television critic, as I haven't watched broadcast or cable tv since 1994, and have only caught a few series on DVD or Netflix over the years since. (Specifically, the Battlestar Galactica reboot, Firefly, Futurama, part of Red Dwarf and most of Heroes. And now, Star Trek: Enterprise.) But as longtime readers of this blog will note with an absolute lack of suprise, I do has me some opinions. Here's what I told in comments , slightly edited for clarity.

Well, to be clear, I continue to be entertained by the show. I am still watching it, partway into Season 2 at this point.

However, the place where I really lost faith was the bit partway through Season 1 where Trip is on an alien ship repairing the hallucinogenic warp drive. (Episode 5, Unexpected.) They're funny-forehead aliens, with a holodeck that recreates a homeworld scene of a boat on an ocean. Yet when the cute female engineer brings Trip some food, she hands him something that looks like a bowl of jello shots and says, "This is as close as we could come to water."

Really? Bipedal oxygen breathers with something very similar to a human metabolism from a world with horizon-spanning bodies of water and you don't a) drink/metabolize water yourselves and b) with starship level technology can't synthesize one of the simplest chemical compounds in the universe? That's a seventh-grade Introductory Physical Science howler, apparently for the sake of a little throwaway alien mystique.

That's when I decided the script writers were basically idiots, or at least were writing at an idiot level of comprehension.

Also, a number of the plots fail on the very simple point that they have a transporter aboard Enterprise. I realize the transporter is new and unproven and possibly unreliable, but it's been used a few times, and been discussed at other points when not used for some technical reason like the target area being underground (Season 1, episode 6, Terra Nova). Yet the most recent episode I watched was the Season 2 ep where the captain and Reed go back for the lost communicator (Episode 8, The Communicator) and wind up being arrested and almost executed as spies. There's a huge fooraw about getting down there in the Suliban cell ship, and cultural contamination, and big old shootout in the prison yard, when in fact all they had to do was use the transporter to pluck the prisoners out of their cell. It would have been a twelve-minute short film if the writers had bothered to remember the logic of their own setting.

So, yeah, written at a level of comprehension of both science and plot logic that pretty much fails for me.

So, do I expect too much from television? Like I said, the show continues to entertain me, but I have to turn off my intelligence insulter to watch it. What do you think?