The Top 32 Authors to Follow on Google+ — I find this amusing.

Hulk vs. Ewok — Hahahah. A short video well worth a minute of your time.

My Understandings About Death, Let Me Show You Them — writes eloquently and emotionally about death in the wake of her mother's recent passing.

Making the Grade: Why the Cheapest Maple Syrup Tastes Best

‘Pox Parties’ and Bioterrorism — The stupid, it not only burns, it can kill. (Thanks to .)

Blame Ben Franklin for Daylight Saving Time — I've never understood all the moaning about DST messing up people's sleep. You do more disruption to your sleep cycle staying up late Friday night gaming, or going to an evening party, than DST ever will.

Light from alien cities could signal intelligent life out there — Cool idea, but oh, the embedded assumptions.

'A Tourist in Hetero Land' — Ta-Nehisi Coates reflects on what it must mean to grow up gay. Also, some interesting comments on the dialectic of privilege. Speaking as someone who's been beaten pretty thoroughly with the accusation-of-privilege stick, his remarks resonated for me.

Biggest jump ever seen in global warming gases — Whoops. There goes reality with that liberal bias again. If Mother Nature would only listen to Rush Limbaugh, everything would be just fine.

A Dangerous Law and the New Formula of Conservatism — Yes, the victimization of conservative Christians is rampant, isn't it?

Two contests for the GOP nomination — GOP political consultant on the primary process. Our team wants someone authentic, creative, fresh, bold and likeable. And we don’t have much tolerance for too many facts or too much information. In other words, in the GOP we like to be wilfully ignorant. Yep, in conservativeland that pesky reality gets in the way of the anger of the voting base. 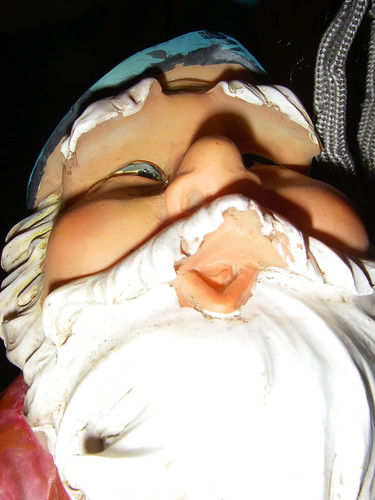 I was reading this article on Play, Supervision, and Pressured Parenting this morning, and reflecting on my experiences of being parent to over the years.

Not to put too fine a point on it, she has always been a challenging kid. Very bright, very spirited, and stubborn as a Borax twenty-mule team all rolled into one. Parenting her has always required considerable mental judo and a good sense of when to let go, because she has never, ever, sat down and done what she was told. All the more so these days when she is a wilful teen exploring her independence while coming to terms with an ethnic identity that diverges from her parents', as well as living in her own head with my cancer and mortality issues.

Reading that article reminded me of something that happened on the playground years ago, when she was three or four, that I think says it all about both my daughter and my own parenting philosophy. has always been very physically gifted — her balance is so good that she can do handstands on a skateboard, and her speed and coordination are almost frighteningly deft — so her mother and I have always figured that it was up to her to set her activity limits, within the bounds of basics like traffic safety and behavioral appropriateness. As I must have said a hundred times during her early childhood, if she falls hard, I know where the Emergency Room is.

The playground near Viejo Rancho Lake was one much like those described in the article referenced above. Modern, soft-edged play equipment over a deep layer of bark mulch in an ovoid space surrounded by benches on which parents could sit and carefully observe the entire play space and all the activities within it. Working at home, and having slightly odd hours (my normal workday was and is 6 am to 3 pm Pacific, to conform with my employer's Central time zone office hours), that meant in the afternoons I was often at the playground with , usually with my laptop so I could wrap some Day Jobbery or work on some fiction.

(A side effect of these afternoon hours was that I was the only male playground mom. The neighborhood moms knew me and knew which kid I was connected to, but the park got a lot of drop-in play, as it is a pleasant space near three bus lines and two major through streets. Drop-in moms were often very suspicious of the bearded guy with the long hair sitting on the bench watching the children play. As and I are not of the same ethnic group, it was not automatically obvious that I was connected with a particular kid. I'm frankly surprised no one ever called the cops on me.)

The playground has these tall swings, the kind where the top crossbar is about nine or ten feet up to provide a long chain drop and therefore a higher peak for the swinging experience. The frame of the swings is 2" pipe, bent and fitted to make the structure. One of 's favorite activities was to shimmy up one of the legs of the frame, then make her way across the fifteen or twenty feet of crossbar, then down another leg. Using it, in effect, as a jungle gym.

One day one of the drop-in moms approached me as was clinging ten feet in the air and hectored me about letting her do something so dangerous. I replied that she was over a soft surface and I knew where the ER was, and what was so bad about letting a kid push their physical limits. This answer croggled her briefly, before she retorted that it set a bad example for the other children. "Is it a bad example," I asked, "to be fit and active and pushing yourself?"

Apparently it was. This woman was so protective of her offspring that she didn't want them seeing someone else's child doing something interesting, fun and challenging.

We have so much to give our kids. Maybe we should put away some of the protective instincts and let them be children. Loud, dirty, rambunctious little creatures who jump off the garage roof and run around with sticks. And climb tall things. That her mother and I let do these things almost certainly will help her be a stronger, more confident adult. I'm glad I wasn't so afraid of the world that I stopped her from exploring its limits.