A Boarding Pass on Your Screen — I tried this last year, and learned that I pretty much always had to print a backup boarding pass, which defeated the whole purpose. The system will need to be a lot more ubiquitous, and reliable, before I'll bother again.

Orange sun oozing — A pretty cool little video clip of the surface of the sun, from APOD.

HUGE sunspots turning toward Earth — And some more solar astronomy.

The 2012 Solar Flare Theory — Just some potential fun coming up. (Thanks to Dad.)

Has the American Cancer Society Been Caught Covering Up a Rejection of Atheist Money? — The ACS has been stung by accusations of anti-atheist bigotry in its fundraising. Is it making things worse by trying to cover its tracks? Speaking as atheist and a cancer patient, I can only sigh in frustration at this story. (Yes, this is a followup to something I linked to a while back.)

Foil the Evil Empire: Today is Bank Transfer Day — I actually transferred to a credit union some months ago, when my previous megabank, US Bank, imposed a $5 monthly fee on most checking accounts.

Worshippers of Bully-God seek religious freedom to be bullies — Slacktivist Fred Clark on the horrid new Michigan anti-bullying law that privileges religious hatred. Christianists today are like the Puritans of yore, seeking the freedom to oppress and victimize people in their own special way. This enshrinement of a narrow set of religious "principles" in law is the true creeping Shariah, not the imaginary Islamic threat that riles so many of the ignorant on the Right.

Cain: I'll never answer harassment questions — Good luck with that. Oh, wait, he's a Republican. No one will bother him, since moral rectitude is assumed and endorsed despite any evidence to the contrary. Not like those filthy liberals who are all guilty of something.

Redefining the Right Wing — A lengthy and fascinating dialog on the roots and branches of contemporary conservatism in America. Whether your approach is "know your enemy" or "know thyself", if you're the least bit political in a USAnian framework, this is worth a read.

Hultgren ramping up offensive: Walsh cries foul play — Rep. Walsh is a "family values" conservative who's seriously delinquent on his child support. He is now claiming to be victimized because this fact is being reported by the media and by his Democratic opponent. That pretty much says it all about the conservative mind, right there. This you, American conservatives. What you stand for, and who you elect. Are you proud of your Republican party? 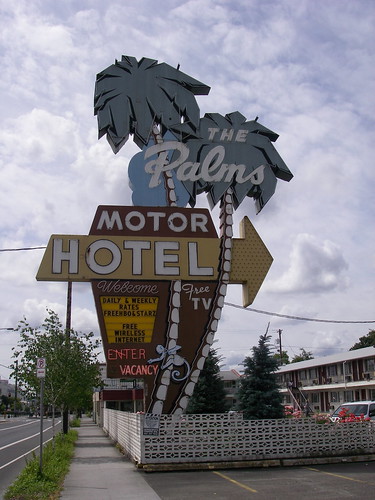 Thinking how different Star Trek: Enterprise would be if they had only not lost the ancient secret of circuit breaker technology.

A response from Kenneth Rapp, which for my money wins the Internets:

That's the problem when your gripping space battles are 'people sitting at desks pushing buttons'. If the desks didn't explode now and then it would be like watching Accounts Recievable In The Future.

Last night and I viewed the director's cut of Watchmen [ imdb ] together. For a bunch of reasons, this is one of my favorite movies of recent years, especially in the extended director's cut which incorporates the Black Freighter sequences along with other useful material.

(What is it with director's cuts and theatrical releases, anyway? I've rarely seen a director's cut that wasn't a significant improvement on the edited-down full release. Immediately leaping to mind are Bladerunner, Dune and Lord of the Rings.)

Every time I watch it, and last night was perhaps my tenth viewing, I see new details in that film. At a minimum, the sheer density and crunchiness of the production design is well worth studying. The way that the background details in almost every shot foreshadow and feed the story can be breathtaking, if one watches with that critical eye.

has a pretty good critical eye. We've always watched movies with a fair amount of discussion where warranted, and she is a long-time aficionado of the bonus discs that come in DVD packages. But Watchmen was a funny case because of all the political and cultural loading circa the movie's alternate 1985 setting.

In 1985 I was in my junior and senior years of college. My direct political and cultural memory stretches roughly back to Watergate and very end of the Vietnam War, while the entire post-WWII/Cold War era counts as recent history to me. This is the dialectic of the movie. Everything from the music of this movie to the Woodward and Bernstein reference midway through pushes my buttons bigtime. But that dialectic is absolutely opaque to a fourteen year old who was born in 1997 and is only now beginning to develop meaningful wider political and cultural awareness. Her buttons don't exist to be pushed.

So we spent a lot of time pausing or talking over the movie to discuss who the historical figures were. Why was it so unnerving to have a world where Richard Nixon was still in office in 1985. What Woodward and Bernstein had done in real life and what the Comedian meant with his throwaway line about them. Why I love the song "99 Luftballons" so much. Not to mention all the story-specific issues such as tying Rorschach to the little man with the end times sign, discussing why the heroes had gone underground, parsing the rape scene between the Comedian and Sally Jupiter and how that in turn fed the complexity of Laurie Jupiter's life, what the possible significance is of the Gunga Diner blimp and why a pokey little restaurant could afford such a thing, how Dan Dreiberg managed to both locate and afford to keep such a huge underground complex beneath a normal townhouse. And so on and so on and so on.

It was a weird kind of double vision, walking through the politics and culture of my childhood and the first years of my young adulthood with my daughter while simultaneously breaking down the film's plot, setting and design elements. She asked a lot of smart questions, and had some good insights.

Times like this, I really love being a parent.