Dads' Depression Linked to Kids' Behavior Problems — Well, duh. And this is one of the thing I worry a great deal about for ; how my illness and my own responses to it distort her world.

Social Construction, Deviance, and What Time is it Again? — A squib on Daylight Savings Time from Sociological Images. I still don't buy all the moaning people do every year. Even if your sleep cycle is backloaded, go to bed an hour earlier. No different from staying up an hour later to see an evening movie or finish a book.

U.S. Navy fires the railgun that can shoot a missile 100 miles at eight times the speed the sound for the 1,000th time — Not to be confused with Big Bertha, of course.

J. Edgar Hoover Unmasked — I thought that horrid old closeted homophobic blackmailer had been unmasked years ago. He's right up there with Roy Cohn and Nancy Reagan on my list of Great American Mistakes Who Richly Deserve to Be Vilified in History. (And oddly, none of them was a liberal-progressive...)

Standing in the Schoolhouse Door — Conservative America shows its true colors yet again down in the Deep South. The amazing thing is these people have no shame whatsoever.

Deadbeat Rep. Joe Walsh, Who Owes $100k In Child Support, Receives ‘Pro-Family’ Award From Family Research Council — Yep, family values on the hoof. Honestly, you people are idiots. Does this even have a rational explanation in conservativeland?

?otD: Where are you going today? 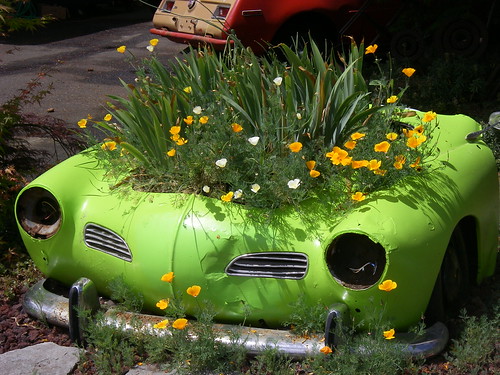 After a trip to the hospital first thing this morning for my CT scan, I am heading to the airport to fly down to the Bay Area for Day Jobbery today. Yes, I am doing this from the depths of chemo, including my now seven days straight of significant bowel distress. Always fun on an airplane, that. Going to be a tricky day.

There's a meeting tomorrow where I am a key resource. Normally I would have day tripped the 6 am flight tomorrow, attended the meeting, and flown back in the evening.

Uh huh, not in my current state.

So, no open dinner as I would usually do. Continued blogging is expected. It will be odd to fly and camp out in a hotel and not gobble up that time for writing as I almost always do when away from home. There's a lot of books in my luggage.

The upside is all the logistical brangle around the trip is keeping my usual CT scan freakout somewhat abated. I should know more about that — specifically, whether I am clean of further metastases — Wednesday or Thursday. That in turn will set the tone for next year in a huge, important way.

Yesterday, H— drove and I to the cinema where we watched In Time [ imdb ]. I quite enjoyed it, though the story doesn't hold up well to critical attention. Watch this movie with your sense of metaphor dialed up to 11 and your sense of worldbuilding dismounted and sent out for tuning.

In a sense, it was the bastard child of Logan's Run and Gattaca. In another sense, it's a filmic adaption of Harlan Ellison's "'Repent, Harlequin!' Said the Ticktockman". The production design is elegant and slick and really serves the story well. (I want one of every damned car in that movie, too.) If you just surf along with the action and don't think too hard about the underlying logic of either the world or the plot, it's pretty entertaining.

Of course, in the car on the way home, was all over the inconsistencies in the worldbuilding, the "how it works" questions, the various plot holes. We talked about it all for a while, what the movie meant to us and to the characters. That the movie did take questions of privilege and mortality head on (at least up to a point) is very much in its favor, though there were odd echoes to my current cancer woes.

As a special bonus, there was a display in the lobby of the theatre for which @plunderpuss must have been the model:

The movie is Arthur Christmas [ imdb ], should you be wanting more info about @plunderpuss's career as an animated character.

Today's CT scan was clean. No ambiguities, no evidence of metastatic disease. This means I get my life back in early 2012, at least for a little while.

I am relieved to the point of tears.