My CT scan came back clean yesterday, as noted here: jlake.com | LiveJournal ]. Thank you so much everyone for all the good wishes.

Endurance is officially out today — You know you want a copy. [ Powells | Barnes & Noble ]

Endurance is now available at Audible.com — If you're into audiobooks, check it out. Katherine Kellgren of the glorious voice, who narrated Green, is back with this one. And yes, they've acquired the audio rights to Kalimpura as well, so about this time next year you can have the whole set.

A fan review of Endurance — Not so much with the liking.

Most Vertebrates -- Including Humans -- Descended from Ancestor With Sixth Sense — Or eighth or ninth or something. The point being, we lost it along the way. (Via Science Sushi.)

Worldometers: Real time world statistics — A global dashboard. If you're any kind of an information junkie, you sure could get lost in this. (Via Curiosity Counts, also well worth following.)

Black Holes, Safety, and the LHC Upgrade — If the LHC is to be upgraded, safety should be a central part of the plans. I find this article unintentionally hilarious.

Enceladus fires on Alderaan — Bad Astronomy with a terrific photo and a hilarious headline.

The Light of Alien Cities — Centauri Dreams with more on this concept I linked to elsewhere last week. I'm all for this, but continue to wonder about the multiple embedded assumptions in the idea.

Mississippi amendment on 'personhood' divides Christians — Yes, between those who might be sane and those who are viciously cruel.

Richard Land, Bocephus and the Scandal of Evangelical Ethics — Slacktivist Fred Clark with a long, interesting piece on the deep moral failings of the American evangelical movement.

Occupy Wall Street vs The Tea Party — A rather nifty graphic comparing a grassroots movement to an astroturf Republican front group. (Remember, the original Tea Party gatherings were promoted and sponsored by FOX. Hardly an independent bottom-up effort, that.)

Cain campaign as a sign of decadence — A conservative commentator on Herman Cain, echoing something I've long said. You wouldn’t trust an amateur to spay your cat or to give you sound investment advice for your 401(K) — yet there are millions of Republians who think an avuncular amateur like Herman Cain would do a great job as president of the United States, or at least a better job than Jon Huntsman, Mitt Romney, Ron Paul, or anybody else on offer who has actually worked in politics. Hey, it was the American Right who elected George W. Bush, bringing us 9-11, the Iraq War, and the worst economic collapse since the Great Depression. We know what amateur hour in White House can cost.

Romney Will Take Conservatives For Granted (and They Will Let Him) — Conservative commentator Daniel Larison on a possible Romney presidency. I take his point, though his analysis in the piece of George W. Bush as governing from the left is too bizarre to even comment on. 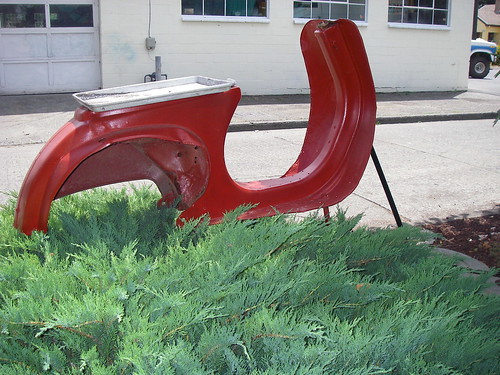 Today is the release date for Endurance, the second of the Green books. She's back, she's bad, and she's ready to be read. Publisher's Weekly gave the book a starred review, so I know somebody liked it. My agent comments on the release here.

If you want to score the book for yourself, here's some links. [ Powells | Barnes & Noble | Audible.com ]

And of course, I'll be at Powells Cedar Hills location on Thursday, November 17th, at 7 pm for a reading, discussion and signing. It's my only formal public appearance this fall due to chemotherapy (I can't even make it to Orycon this weekend), so if you want to catch me live and on the hoof, that's your main chance.

I hope you enjoy the book.

My CT scan came back clean yesterday, as noted here: [ jlake.com | LiveJournal ]. I am overwhelmed both by the news, and by the good wishes that have poured in via my blogs, Twitter and Facebook. As I said yesterday, I was practically in tears with relief.

Let me talk a bit about what this does and doesn't mean. While the clean CT is profoundly good news, it's only a step on a long, difficult and dangerous road. As a practical matter, it means I won't be going right back into treatment in the first quarter of next year. That in turn means I can focus on being a parent to . It means I can do the required revisions on Calamity of So Long a Life, and at a minimum, get ginned up for the initial drafting second Sunspin book, The Whips and Scorns of Time. It means I can hit a couple of conventions in Pacific Northwest, if the money holds up.

It does not mean I am healthy, or out of the woods on cancer. Every four months for the next two years (I think) I have to be rescanned. After that it drops to every six months. Each time I hit a scan threshold, we're looking again for metastases. And recall that I've metastasized twice now, both times about a year after the prior presentation. Primary cancer was diagnosed in April of 2008, the lung metastasis was first detected in April of 2009 on a CT scan, and the liver metastasis was detected in April of 2010 from a spike in my CEAs. So being clean now might only mean that the next metastasis hasn't gotten big enough to be detected. Next April's scan is going to be a huge emotional wall.

I get my life back, for now. Most of the time between now and April I'll be spending recovering from chemo, so it's not like I'll be 100% Jay before we hit the next checkpoint. But at least I'm out from under the swordspoint for a while. Profound relief, tempered heavily by a suspicious watchfulness for the future.

And the present ain't no great shakes. I've gone the last two nights with serious sleep deficits. My bowels have been liquid for eight days straight, which is getting very old. That's also giving me a serious aversion to eating; I don't think I managed 1,000 calories yesterday. Three more chemo sessions to go, with everything that entails. It's a damned tough road. But the clean scan — that's a step in the right direction. I'm looking forward to not living in fear and dread for a while.