Rhinos get upside-down helicopter ride to safety — Interesting story with some crazy photos.

Have scientists finally solved the mystery of the magnetic moon? — Why did the moon once have a magnetic field? A new proposal might hold the answer to a mystery that has baffled scientists for decades.

AL county files for largest municipal bankruptcy — You don't suppose tax policies in that reddest of Red states have anything to do with this? Nah... Tax cuts stimulate jobs and revenue, everybody knows that. Look how well it's worked since the days of Reagan. Not.

Voters Defeat Many G.O.P.-Sponsored Measures — To my profound astonishment, some sanity has prevailed in the face of the typical conservative lunacy. Good for Mississippi, especially, for defeating that viciously cruel so-called 'personhood' amendment.

Bully: Limbaugh Repeatedly Attacks Cain Accuser's 13-Year-Old Son — This is why so many people are conservatives. Because of the moral strength and sterling character of the leading lights on the Right. I'd be a lot more impressed with conservative America if this kind of shit were ever repudiated by anyone on the Right. The only people in the American Left who talk like this are the fringe, with little or no public impact. Limbaugh, on the other hand, is basically the Pope of the GOP. Conservatives: this is you. Are you proud?

Perry vows to stay in campaign after debate gaffe — Texas Gov. Rick Perry said he will not quit the presidential race, following his major gaffe at a debate in which he could not remember the name of a federal agency he'd like to cut. Last week the guy makes a speech while obviously drunk. Now this. Yep, conservative America really has some awesome leadership. I can sure see why Republican voters prefer this clown over Obama. Following firmly in the footsteps of W. 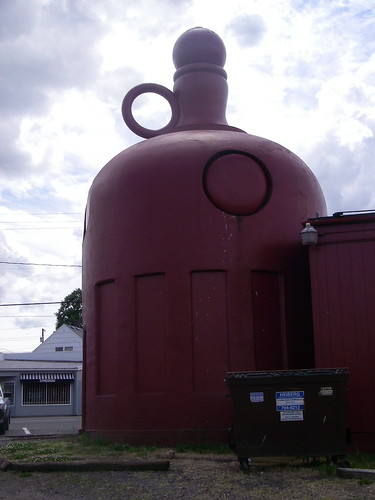 Last night I went to sleep around 8:45. Woke up around 10:30 with a series of pretty violent lower GI events that kept me out of bed for about 30 minutes. Woke up around 1:30 am ditto. And never could go back to sleep.