Myths about myths about Thanksgiving turkey making you sleepy — (Via David Goldman.)

Should We All Go Gluten-Free? — The mainstreaming of gluten-free life.

Curiosity on its way to Mars!

How the U.S. Health Insurance Boondoggle Stifles Innovation — Wherever the next Edison is, you can bet he or she will think twice before they join the ranks of America's uninsured. 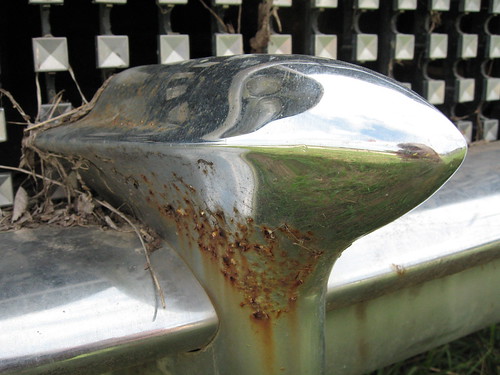 Yesterday, Mother of the Child took me and to the cinema, where we saw Hugo [ imdb ].

My advice to you is that if you have any love whatsoever for movies, stop what you're doing, go to the cinema, and see this pronto. I'm very afraid it won't last long, given the broad tastes of the American film-going audience, and if I'm right, that will be a crime. Then come home and make notes for Best Dramatic Presentation, Long Form. I certainly plan to nominate Hugo for a Hugo Award.

This movie is a love letter from Martin Scorsese to the early history of cinema, and specifically the films of French director Georges Méliès. Méliès made some of the first science fiction and fantasy films, so it is topical to our field (and its award processes) in that sense. Furthermore, the movie itself while not a fantasy per se is decidedly inspired by the breath of the fantastic. It's also got some glorious clockpunk, cool steam trains, Paris in the years between the wars, and a heart-rending story. I wept at the end.

Hugo is a visual feast, and also talks a lot about the creative process, both explicitly in the film's narrative and implicitly in the way the film was made. I cannot recommend this highly enough, and I suspect the movie will need all the audience support it can get due to a lack of explosions, car chases, star destroyers and whatnot so beloved of holiday films. I very much I hope I am wrong about this last.

Last night I had a curious dream in which I was falling in love, but the object of my desire never entered the narrative directly. Dreaming, as it were, about a woman who wasn't there. (Yes, for all my cultural broad-mindedness and acceptance, I'm utterly heteronormative in my romantic life.) Instead the dream was consumed with difficult errands being pursued with the help of and , and a bunch of natter about basketball, which is weird because my competence at basketball is roughly on a par with my competence at neurosurgery. On the other hand, it was nice to see my friends, even if only their nighttime simulacra as generated by my chemo-addled brain.

It was a curious feeling, being in dream-love with someone who wasn't present, even as a name or a face. Liberating and strange. I am reminded of a literary technique I much admire, which is the telling of the story that isn't there. Gene Wolfe illustrates this fantastically in The Fifth Head of Cerberus, wherein he presents three linked novellas, the gaps and shadows of which tell a fourth, distinct story that is never put to page. It's rather as if I wrote about the contents of your closet, a day at your workplace and the tale of your parents meeting and starting a family without ever mentioning your name or talking about you directly. There would be a you-shaped hole in the narrative that a perspicacious reader could populate by inference.

That's me, in love with an inference. Metaphor or reality or just chemo fog? I'll never know.