For those who missed it over the weekend, my review of the new movie Hugo: [ jlake.com | LiveJournal ] — A comment that I couldn't fit into the review is that I really admire how the script handled the station inspector's character. He could have been a cheapjack Disneyfied villain, and very nearly is, but at the end, even he is redeemed, with enough foreshadowing of his redemption for it to be believable. Also, I saw it in 3D, which was worth the effort.

Life began with a planetary mega-organism — This is cool.

Deep Intellect — Inside the mind of the octopus.

Smart-Phone App Warns Pedestrians of Oncoming Cars — I personally have eyes and ears for this purpose.

Who said that? Match the Republican candidates with the quotes. — Go on. Take a bath in the crazy. You know you want to. 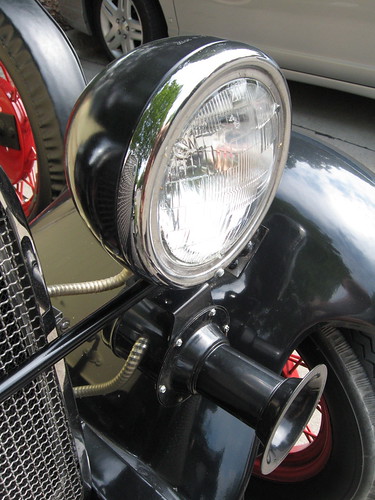 Last night I went to bed quite early, in an attempt to manage my sleep hours properly and be able to get up in time to go to work this morning. (I succeeded.) While in the drifting state of hypnagogic semisomnolence that often characterizes my sleep these days, my missing-in-action right brain sent me another postcard. This one had to do with the mechanics of a Kardashev Type II civilization going wandering and taking its solar system with it. I don't normally write SF that's quite that Big Iron — my imagination seems to want to focus more tightly, even though one of the things I really admire about writers like Greg Bear and Iain M. Banks is the audacious scale of their imaginings. Right brain failed to provide plot or character, but that's never stopped me before. This will turn into a short piece next year, I'm guessing novelette or novella. At the moment it's sort of a mental Post-It note.

Speaking of stars, some minor good news on Sunspin came yesterday which I'll share in due time. Also look for a new Sunspin novella soon from Subterranean Online.

Anent LiveJournal, at this point the only reason I haven't abandoned it is that I have a healthy blog commentor community there. This morning it is again acting very strange, largely unavailable for service. This is beyond inconvenient for me, as I don't blog during working hours, so while I may compose posts in the afternoon or evening, on weekdays I always post them prior to 6 am Pacific when my Day Job office hours commence. So if LiveJournal is being weird first thing in the morning, it screws up my narrow window of opportunity to get the posts up. This after LJ's recent 'upgrade' broke my WordPress cross-poster again. I know at least some of LiveJournal's problems are due to DoS attacks from elements supporting the Russian government's campaigns against their own dissidents, but fundamentally, for me LiveJournal is a time-dependent service that is not reliable either in terms of time or service. Should I be standing up against cyberbullying by an oppressive regime? Certainly. But I still need to blog before 6 am. And I'm reluctant to abandon that active portion of my readership.

Over the weekend I posted a link to a story on Freakonomics about deliberate practice in achieving excellence. I've written about this before as an auctorial career issue in the framing of what I only somewhat jokingly call "psychotic persistence". (See [ jlake.com | LiveJournal ] and many other places on my blog.) What's interesting to me about the Freakonomics piece is the focus on directed learning. That is to say, learning in a focused, intentional way.

In effect, they're saying simple, sheer practice is insufficient in its own right. You have to employ focus, direction and a high degree of self-awareness. (For a casual but effective example of this, see this post a few days ago from , a/k/a Elizabeth Bear.)

Well, this is what all the manifold stages of writerly development are for, is it not? In my case, years of workshopping with instructors, mentors and peers are many different levels. Frequent mentoring and teaching of my own, once I reached a point where I could deliver value there, because talking to others about their work also focuses me on craft and development issues in my work. A constant reconsideration of my own goals and capabilities. Directing my novel projects towards specific objectives, such as writing Green to tackle female characters and the techniques of tight first-person POV.

You can't find that intent all on your own. At least I can't. Maybe some people can. Writing is an inherently solitary act, but writers don't develop in a vacuum. We are influenced by the books we read, the advice and commentary we pay attention to, the people who fill our heads with critique and technique and bar gossip. The deliberate practice discussed in the above link is something that has to be learned, like everything else.

So I try to listen and learn. Not just from writers, but from artists and moviemakers and children and the world at large.

In this vein, I was thinking this weekend about art guru James Gurney's frequent posts about his going out to sketch. Here's one from yesterday. This is a man at the top of his career, with international best selling books both of and about art (he's the Dinotopia guy, if you don't recognize the name), and he practices, all the time. This particular post led me to ask myself if I practice, in the sense that Gurney does.

The answer to that is no, not really. Pretty much everything I write is intended for market. Unless you count my blogging output (which I do not, in this context), I don't do the literary equivalent of sketching in a notepad.

And maybe I should.

When chemotherapy has released its grip on me, sometime early next year, I'm going to try a new-to-me kind of writing exercise. I'm going to go sit in a public place with my laptop (sorry, , but writing by hand is a truly lost cause for me) and I'm going to sketch in words what's going on around me. Setting, maybe a little character, sensory detail. Just let it flow without direction or commercial intent. Do what James Gurney is doing, exercise my writing muscles in the real world, for no other purpose than deliberate practice. Heck, I might even write some poetry, and I am a dreadful poet.

I've never done that. I'll be quite curious to see what I get. As I won't be able to do this for a while, if you're moved to try this exercise, do report in and let me know how it goes.

In the mean time, practice. Deliberate practice. As I've said for years, there's only one piece of writing advice that is truly canonical, and that's "write more". Everything else is a matter of perspective.