A French review of Extraordinary Engines — Including my story, "The Lollygang Save the World on Accident".

Getting out of the way — Roger Ebert on prodigies and the creative process.

5 Timeless Books of Insight on Fear and the Creative Process — The only time I experience fear in my creative process is immediately before diving into a large scale project.

Mysterious 16th-Century Sext Discovered in Copy of Chaucer — Heh. (Via .)

Led by the child who simply knew — Raising a transgendered child.

Having to think about the unthinkable — Most people don't like to plan for dying, but in our state of denial, we leave ourselves vulnerable to conditions we would never want. Arrangements for the end of life are essential.

NASA is planning to use a giant crossbow and harpoon to capture samples from an asteroid. — Oh, the opportunities...

How the 10,000-Year Clock Measures Time> — The Earth's rotation is notoriously unpredictable. So how can a clock keep time for 10,000 years?

Higgs boson: the particle of faith — There are parallels between the search for the ‘God particle’ and the search for God Himself, writes Alister McGrath.

Overnight Makeover for a Kosher First Kitchen — Making the White House kitchen kosher. (Thanks to Dad.)

A common atheist delusion — This is one of my mental failings as an atheist as well. I find religious dogma so preposterous and obviously suspect that I have a lot of trouble believing that other people really believe it. My default assumption is always that they are going through the motions for some other reason. Which is an error-of-thinking on my part, to be sure.

Texas school may build protective wall after 2 students shot while trying out for basketball — See, your your Constitutionally guaranteed right to defense of essential liberties with firearms requires that rather than limit firearms use near schools, or any other sensible measure, we build walls around those schools. Because otherwise students might get shot by people out exercising their constitutional rights, and after all it's kids' fault for getting in the way of the bullets. This is yet another reason why I can never be a conservative. I just can't think myself that twisted and inhumane, to believe that gun rights trump the safety of schoolchildren.

Empathy, Cont. — Ta-Nehisi Coates on culture as a toolbox. I will also note, in parallel to his observation about weight and class, that there are no overweight kids in 's eight grade class, and vanishingly few in her entire school — which is a Waldorf school populated largely by the children of relatively (or heavily) monied white liberal-progressives. I am one of the few overweight parents, as well.

Panetta formally shuts down US war in Iraq — And we'll just leave the money on the dresser on out way out, right? 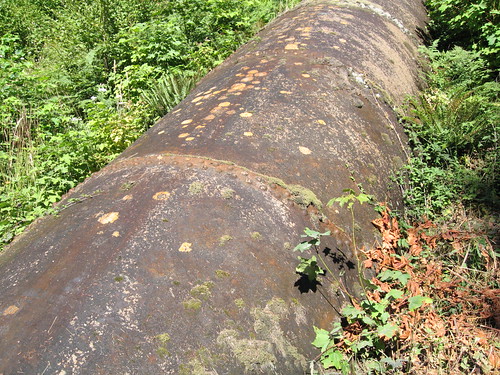 As some may recall, prior to replacing my MacBook Pro with my MacBook Air, I was going through a series of increasingly frustrating virtual memory errors on the MacBook Pro. These were difficult to document and almost impossible to replicate on demand, but always involved my morning prep of my blog posts.

Having finally run through the process of excluding one by one each piece of software involved, the culprit was TextWrangler. I'm now editing the blog posts in TextEdit, which is far less satisfactory from a feature/functionality perspective, but does not generate the performance slowdowns and VM errors.

This bums me out, because I like TextWrangler a lot. And I rather dislike TextEdit. So I'm now looking for a TextWrangler replacement. The obvious candidate is BBEdit Pro, but (a) I don't really want to spend $50 on a text editor and (b) I'm afraid BBEdit Pro might share enough code base with TextWrangler to generate the same VM problem over time. So anyone with thoughts on a good text editor for Mac OS X, please do share them here. Meanwhile, I lump along.

Richard Parks, a couple of days ago, blogged regarding the career and craft contrast between short stories and novels. Go read it, the post is worth your attention.

Back? Good. Did you notice my comment on Richard's post? Here it is again, in case you missed it:

One comment I make about the connection (or lack thereof) between short fiction and novels is that they’re like cabinet making and framing carpentry. Related in some obvious ways — wood, saws, hammers, whatnot — but very different arts requiring very different skills. Some transference of skill is possible, but there are people who are cabinet makers, there are people who are framing carpenters, and there are certain people (myself included) who can do both. One does not, however, inherently or readily lead to the other.

The question is usually framed as something on the order of, "Do I have to publish short stories in order to break in as a novelist?" It's usually asked by an aspiring writer of some crusty old novelist (well, crusty if we haven't showered recently), usually at a convention, perhaps during a panel session, perhaps in the bar. I think Richard's post does a terrific job of answering the question, but I want to pick at my cabinet making versus framing carpentry metaphor again.

In a sense, that metaphor is obvious to the point of crude. Writing short stories and writing novels are both crafts that require mastery of character, setting, plot, style, usage and so forth. Those tools, while not identically deployed, are sufficiently similar as to be almost interchangeable, at least up to a point. A hammer is, in a sense, a hammer, after all. But the creative wood we work in each pursuit is a different grade, cut to different tolerances, and used to very different ends. And its the uses of those wood that influence the uses of those tools.

Take character arc. A novel is a journey, almost always. If nothing else, there's hundreds of pages for the reader to pass through. Hundreds of pages for a character to emerge, be established, develop or elucidate their stakes, try and fail in hopefully spectacular ways, and eventually seek a resolution and a validation. There's room to breathe, room for expansion and digression, room for the character to grow and change in unexpected ways, influenced by other characters, by the plot, by their own inner demons.

If a novel is a journey, a short story is a quick stopover. Grand events are almost always off the page in a short story, present in the backstory or by implication, or perhaps briefly glimpsed in the course of the story. The characters arrive all but fully formed, fleshed out from the moment they hit the page. They don't have time or room to develop a full arc. Short stories typically focus on a single or very limited set of plot elements, and the characters' responses to them. The character arrives extant, encounters the situation, resolves it perhaps with a moment of enlightenment or epiphany, and moves on past the ending to some other, hidden part of their life.

I suppose where the question still applies as an open issue is a newer writer feeling their way into the craft who wonders which way to go. Assuming you have roughly equivalent talents in both directions and your quandary is over which way to jump, it becomes a question of personal preference and career direction. That's a huge discussion of its own, in its own right, a topic I'll address at another time.