The Evolved Self-Management System — The placebo effect is a particular kind of priming effect. And what I want to do now is to explain a whole range of other priming effects by invoking the existence of an “evolved self-management system”… I want to know why individual human beings turn out like they do, why we respond to “messages” from our social and physical environments in such interesting ways… (Via Curiosity Counts.)

Good Climate News: The “Methane Time Bomb” Apparently Isn’t — Thus climate science marches on, not with irrational ideological denialism but with a continued evaluation of the data. Which itself is a form of liberal bias these days.

Christopher Hitchens, militant pundit, dies at 62 — Cancer weakened but did not soften Christopher Hitchens. He did not repent or forgive or ask for pity. I resent the assumption that one is seriously ill, one will naturally turn to God. For some people, faith is an essential part of coping. But there's nothing inherent in the universe or automatic in the human condition about holding faith. When and if cancer takes me, I plan to go like Hitch. Proud and true to my principles. If I am reported to have a deathbed conversion to some religious tradition, mourn the fact that I lost my mind and my integrity before I lost my body.

Three shot at courthouse in northern Minnesota — Another patriotic American exercising their Constitutional right to defense of their essential liberties. No need for gun control in this country. Move along, citizen, nothing to see here.

Revealed: huge increase in executive pay for America's top bosses — Glad the economy has improved for someone. (Via .)

Why Does Romney Lie? — Because anyone who would vote Republican after surviving the disasters of the Bush administration has no functional political memory anyway. Viz the Tea Party who blame Bush's deficit and bank bailouts on Obama. 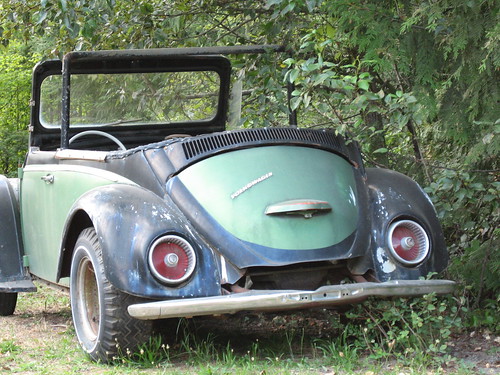 Today is chemo session twelve of twelve. As of Sunday, I'm done. Currently cancer-free, so no future treatments scheduled, either. I'll still have the 2+ week cycle of side effects to deal with going into Christmas and New Year's, but by early January I'll be getting my well-being back.

By way of keeping me in line, my body saw fit to produce an explosive lower GI event while I was doing my morning exercise. There was about ten seconds' lead time between my mental "uh oh" and the inevitable. This was not enough to get untangled from the bike, into the bathroom across the hall, and in the appropriate position on the throne. And I clogged the toilet. The aftermath involved a great deal more than the usual toilet brush.

Hey, universe. I get the message. Stay humble. Don't get cocky. Use lots of warm, wet cloths.

Oh well, if it was easy, everyone would do it. See what I go through for your education?

In any case, I'm off in an hour or so for the last infusion. Wish me well.

Greg van Eekhout (who has one of the coolest names, ever) is launching into writing the sequel to his novel The Osteomancer's Son. He made an observation that:

I’ve never written a sequel or a continuation of a series, so this is new territory for me.

My response to this was:

I have been quite surprised by the change in my technique and internal thought processes brought about by writing second and third books in series (or at least in continuity). You will be too, I am confident.

This has got me thinking about those second and third books. Last year while I was drafting Kalimpura, the third book in the Green cycle, I made a passing observation on this topic [ jlake.com | LiveJournal ]:

This is the second time I’ve written a third book in series. (Pinion being the other, of course.) As I believe I observed while writing Pinion, it’s a rather different experience that writing a standalone or initial book. So much of the worldbuilding, characterization and discovery is in place. I have to touch on bits of it so a reader who’s starting with this book won’t be lost, but I have it internalized. That means that writing this book is a different experience for me. I am far more focused on plot and inter-character dynamics because that other stuff is already in place and not crying for attention. And much as I had this experience with Pinion, I think it’s likely to make a somewhat different kind of book.

Now if I could only figure out how to deliberately leverage this phenomenon in future projects.

Well, since then I've outlined all three volumes of Sunspin in one go, deliberately designing them to work as a three-book project. Which is, or should be, me attempting to deliberately leverage this phenomenon in a future project.

In a nutshell, I think it does come down to what I said before. After a first book has been written, much of the worldbuilding, characterization and discovery are in place. Unless the plot of the second book is "our heroes sail over the horizon to discover new, alien worlds", it's probably operating from much the same geography, culture and politics as the first book did. That means one's focus as a writer actually narrows rather than broadens. We don't have to do everything in the punch list for book 2 (or 3, or 23). There's still a bit of obligatory effort to bring new readers up to speed, but mostly we can assume that anyone reading book 2 knows what the Castle of Inordinate Doom is, and what happened to the Lord of Bright Shadows in book 1. That means we don't have to set all that stuff up again.

Fine. So far, so obvious. But what does this do the writing process, to address Greg's not-quite-a-question?

I think first of all we have to make different kinds of promises to the reader. Book 1, any book 1, is in part saying, "Hey, look at me!" They usually begin with something sharp and memorable, a clash of cymbals to grab the readers' attention and say, "Hey, I'm worth the next few hours or days of your free time." Book 2 is saying, "Welcome back, old friend." Reader trust already exists, at least in principle, and while it needs to be sustained, it doesn't need to be re-established from scratch. That allows a lot more room to maneuver in building the opening scenes, which can serve different purposes in a book 2 than in a book 1.

Likewise how the characters are introduced and what is done with them. Subtlety and depth come to the forefront, in favor of the broad strokes often used to establish a brand-new protagonist. A book 2 character has a shared history with the reader, an account balance of well-established words and deeds and emotions that can be drawn on. They enter the stage differently.

Finally, as alluded to above, the need not to explain so much is powerful. The tapestry is already woven from book 1. We can assume so much more, and only introduced those things which are changing, as well as those things to either elucidate or camouflage the changes. It shifts the art and craft of world building significantly, allow tighter focus on selected elements, given what can be assumed the reader has brought forward from book 1.

Emphasis and focus can make book 2 as different from book 1 as book 1 was from some discovery short story that originally introduced the character and setting. It's a softer, subtler art. The character and plot loom larger in the writer's mind, written as they are across the established setting and tone.

Greg, does this make it any easier?