Conversations About Bigotry, Literature, and the World Fantasy Award

Novels and Short Stories… — with more on this topic.

I'll be Holmes for Christmas, or Sherlock Holmes and the case of the missing holiday

The iPhone's Many Narratives — A thousand pictures are worth how many words?

Inexplicable Particle: Why Even I'm a Higgs Bozo

Autism hidden in plain sight — As more children are diagnosed with autism, researchers are trying to find unrecognized cases of the disorder in adults. The search for the missing millions is just beginning.

Illinois Sheriff: 5 Were Killed in Murder-Suicide and Couple Found Dead in Massachusetts Mansion Died From Gunshot Wounds — More proud American citizens using their Second Amendment rights in defense of their essential liberties. If you're gun owner, how many deaths is your gun worth to you? For me, your gun rights don't trump a single death.

Newt Gingrich: 15 Things You Don’t Know About Him — I find Gringrich's currently popularity with the GOP base inexplicable. He's a serial adulator, the consummate Washington insider, a history professor and therefore one of the despised elites, and a Catholic, religion many evangelicals don't even consider to be Christian. Beloved by the same people who despite elite professor and political insider Barack Obama, a man who's still married to his first wife without a hint of scandal.

?otd: Have you ever eaten kimchi? 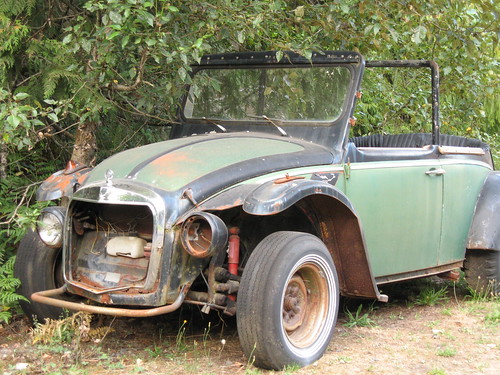 Well, I'm in day two of chemo session twelve. This is my twenty-fourth round of chemo in the past two years, and my last for now. As my doctor says, I'm not in remission, but I have been resected with no evidence of disease.

I'll have another scan in mid-February, and we'll see what we see at that point. For now, I am cancer-free. My oncologist thinks I have about a 70% of another metastasis, but as she says, those are just numbers. I'd like a clean year, if that's possible, but the cancer has a mind of its own. I'm still pretty sure that this will get me in the end.

Speaking of things getting me in the end, the GI disruptions of the past few days were so mighty that even the chemo infusion, including the atropine injection, took hours to slow them down. Normally my lower GI shuts down at the first whiff of chemo. I think the next couple of weeks are going to be rough. I did get my Lomotil script upgraded to a higher pill count, finally, so I won't run out at an inconvenient time.

Anyway, this is a day to lie quiet on the drip of the pump. Be well, wherever you are and whatever you're doing.