The Darth Vader Burger is Here — (Via my brother.)

Airline pilot startled by flying shark — Life imitates, uh... I got nothing. (Via David Goldman.)

The Greatest Paper Map of the United States You’ll Ever See — Made by one guy in Oregon.

Center produces chimeric monkeys — That's a hell of a headline. Interesting story, too.

Extinctions from Climate Change Underestimated — Hmm. Actual hypotheses from actual data. I'd better tune into Rush Limbaugh to clear my head of these pesky facts.

The Irrelevance of the Broccoli Argument against the Insurance Mandate

Magna Carta and Wingnut Legislation — I can understand, if not agree with, the conservative impulse to require all legislation to state its Constitutional basis. (I disagree simply because there are far too many issues in modern government and society which are not explicitly, or even implicitly, contemplated in the Constitution. Like many beloved conservative talking points, it's a simple-minded attempt to solve a complex problem that doesn't really exist.) But the Magna Carta. Really, guys? Is there a "nuttiest GOP politician" contest going on?

Here’s What Romney’s Unreleased Tax Returns Almost Certainly Hide — Every major presidential candidate for decades has released their tax returns routinely. Not Romney. Nothing to see here, citizen. Move along.

Santorum Becomes Millionaire in Six Years After U.S. Senate Loss — Former Pennsylvania Senator Rick Santorum describes himself on the campaign trail as a frugal man of faith and limited means. Right, Senator Frothy Mix. Limited means. And Mitt Romney is unemployed, while Newt Gingrich is middle class. What kind of idiot do you have to be to believe this crap? (I know, the question answers itself.) Not that I object to wealth in politicians or anyone else. I do object to blatantly false claims.

Rick Santorum claims same sex marriage is comparable to polygamy — Santorum is a fool and a moral leper. The more I learn about this man, the more I despise him. And mind you, this in a race where Newt is running.

?otd: Man, what are you doing here? 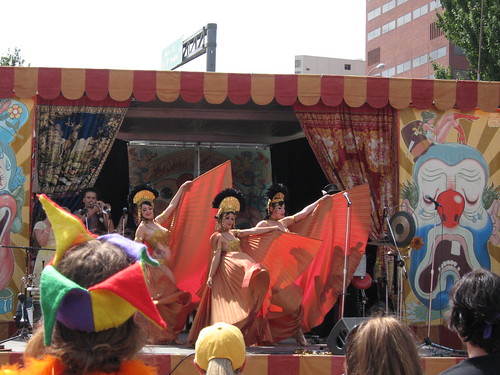 Oh mighty blogospheric brain, if anyone in my readership is connected with the show Big Bang Theory or with Warner Brothers television studios, please contact me privately. I'm trying to help out some dear friends with something.

Yesterday afternoon I pushed my personal envelope quite a bit and drove across town to watch 's first basketball game of the season. Actually it was the second, but the opponents for game one forfeited over a paperwork issue, so they didn't play this past Monday.

Though the final score was a 45-30 victory for her team, the game was a lot more contested than that, with the lead passing back and forth through the first three quarters. The Waldorf Wolf Pack ran away with it in the fourth quarter, which later said to me was how it was supposed to work. She made a number of shots, including a terrific 3-pointer, and had a great game.

The envelope-pushing part for me was driving home afterwards. It's the first time in months I've driven in the dark, and I really hadn't planned to do that this week. (I'm going to miss next week's games due to being in Omaha, and one of the two games the following week due to going to ConFusion, so I really didn't want to miss this one.) I got home a little before six, exhausted and strung out, and went straight to bed, there to read for a while. I managed to stay up until came home a bit after seven, as she'd stayed for the boys' game. We talked a little and I congratulated her on her game.

This is that real life stuff that I'm getting back, honestly a bit more rapidly than I'd expected to. My path back to feeling good about myself and life is being able to live it like I used to. Including middle school girls' basketball games, dinner dates, trips to the grocery store. Even doing my own laundry. Of such milestones is recovery made.