The 50 most brilliant, obnoxious, or delightfully sociopathic Facebook posts of 2011. — (Via David Goldman.)

How Many Stephen Colberts Are There?

Why Islamism Is Winning

New Hampshire voters hammer Santorum over his views — Go for it, dudes.

Dear Republican Candidates, You Have us all Wrong — It's not the majority of Americans they are talking to. It's the lunatic low information voters in the GOP primary process they're talking to. The rest of us just need to remember all the crap that's being said now, come election time.

?otd: Seen Tintin? Will you? 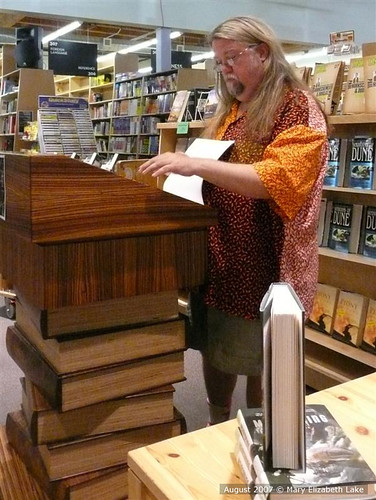 I went to see The Adventures of Tintin [ imdb ] yesterday by myself, several successive plans to go with and her mother having fallen through. I found the movie enjoyable but not fabulous, and wound up spending as much time thinking about production values and processes as I did about story. That represents value for my entertainment dollar, I suppose, but not necessarily as the producers and director intended.

Speaking of producers and director, I was struck by the number of Big Names associated with this film. Amblin Entertainment, WingNut FIlms, Nickelodeon, Columbia and Paramount. I pay very little attention to the business side of Hollywood, but this seems odd even to me.

The story was serviceable and entertaining, with only a few "come on, really?" moments. (The falcon chase scene was one of those for me.) I could have done with a bit less boozy bullshit from Captain Haddock, but there were plenty of clever and funny bits to offset my mild annoyances. It never really grabbed me, though, and I'm not sure what might have been changed in order to have grabbed me.

As i said, I wound up being a lot more fascinated by the production itself. There are whole stretches of this movie where it barely looks like animation at all. If not for an effort to maintain Hergé's visual style with the characters (which was certainly the correct production decision in my opinion), the people would have been almost alarming realistic. Tintin himself, with his snub nose, is almost convincing, as are many of the background characters. I think with this movie, film animators have very nearly bridged the uncanny valley.

I'm specifically thinking back to the transitions in how the humans are rendered in the three Toy Story movies (1995, 1999, 2010). In the first movie, the human characters are cartoonish, caricatures really except for Andy himself. They don't come anywhere near the uncanny valley. By the third movie, people look if not realistic at least convincing. They're approaching the uncanny valley. Or compare Tintin to Polar Express [ imdb ], where I for one find the animation disturbing to the point of nightmarish, stuck deep in the shadows at the bottom of the valley. Tintin manages to gain a foothold on this side of the valley with its characters, reinforced by the nearly photorealistic animation of sets, props, vehicles, etc.

Honestly, for the story you could wait for the dollar theatre or the DVD rental. But if you're interested in animation and the technology of cinema, The Adventures of Tintin is worth seeing on the big screen.