Clean Elections — Doing things differently, and sensibly, in Connecticut. Note that one factor is that the reforms were introduced by Democrats, who aren't answerable to a batshit antiscience/antireality agenda.

The Grating Santorum — In a campaign where W. is an unmentionable, Santorum is an unexpected revival of Bushian uncompassionate conservatism.

?otd: Been to Omaha lately? 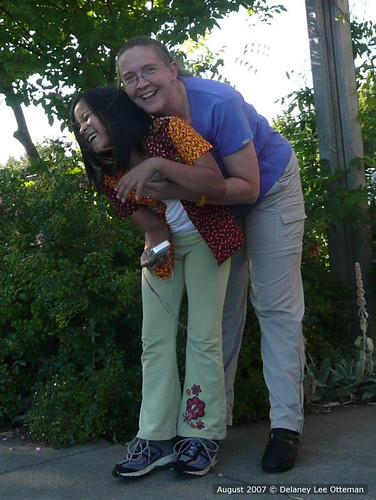 I just finished reading Deborah Harkness's A Discovery of Witches [ Powells | BN ], a December, 2011 release from Penguin. It was interesting and a fair amount of fun, but definitely had that 'mainstream author writes fantasy without being aware of the history or tropes of the genre' feel. All the same, and perhaps because of that, Harkness' take on witches and vampires was sufficiently divergent from the classic patterns to be interesting.

Also interesting to me in terms of my own reader reactions to this book was my realization about halfway through that the genre tropes Harkness is working within are more tied to romance than fantasy. Which explained the female witch protagonist's constant fainting and passing out and needing to be carried about hither and yon by the male vampire love interest. That wouldn't fly in a strong female fantasy character, but it is a trope (or subtrope or something) of romance.

What I really did like about the book was that much of it was set at Oxford University, and the sense of scholarship and history in the book is very strong. Our heroine is a historian specializing in the traditions of alchemy, and Harkness really made me believe that in a big way. She acted like a historian, thought like one, talked like one. Harkness' own scholarship in writing the book was certainly deep enough to be utterly convincing to me. Her interweaving of history with the plot was fascinating.

This book was a lot of fun. It's the first third of a trilogy, so very little of the plot is resolved at the ending, but that's life. Worth the read.

Heading back to Omaha today for a week in the corporate office. This is my first trip to Omaha since last July (normally I go once every four to six weeks), and except for the November trip to San Jose, my first business trip since then. Part of a return to normalcy for me. Normalcy in 14 degree weather, of course.

And in terms of reclaiming, I'll be taking a stab at first draft fiction during my downtime on this trip. I often use airplane and hotel time for writing, so we'll see if the writing brain lights up this week. I'm a little fearful and lot optimistic. Wish me luck.