The success of failure: Pulitzer winner's surprising road to the top — A very interesting article at CNN on the relationship between creativity, failure and success. (Via .)

McDonald's proposal divides healthy Loma Linda — The chain wants to open a fast-food restaurant in the Adventist community, a spiritual enclave where liquor is not sold and cigarettes are not smoked. Not sure how I feel about this story, myself.

Russia Says It Is Planning Moon Base With NASA And ESA

The GOP’s South Carolina nightmare — Newt Gingrich just made life miserable for Mitt Romney – and for his party. Hah hah.

Newt Gingrich, Back From the Dead — Zombie Newt! 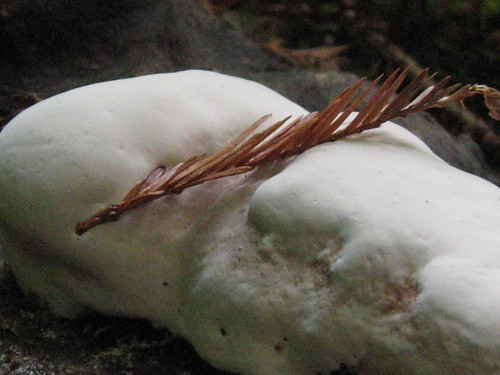 I've mentioned a couple of times that working through Sunspin in this revision process has been an exercise in killing my darlings. Just for fun, here's a snippet that got excised yesterday, for being heavy on tangential world-building and getting in the way of the plot. I don't know if it will ever re-appear, either in this book or in a related piece. And I really do like it.

Day three of Epic Confusion was very abbreviated for me, as I had to leave the hotel at 10:30 am in order to make my flight home. Still, I managed to attend a very nice breakfast, courtesy of and various concom folks, and say good-bye to a bunch of people by virtue of loitering in the lobby while my airport transportation ran 40 minutes late.

Nonetheless, I made it into DTW in a timely fashion. The flight down to DFW was uneventful, and I got the first part of what would eventually be 2.75 hours of editing on Sunspin done. I spent the rest of my time divided between Charlie Stross' Laundry books and Saladin Ahmed's Throne of the Crescent Moon, both of which I'm enjoying immensely. I don't normally split my attention between two books, but I have Stross in eBook and Ahmed in dead tree, and the exigencies of air travel caused me to have to switch modes periodically.

In Dallas, we took a long time landing due to the 50 mph cross-winds on the runway slowing air traffic down severely. That also slowed down the arriving flight that would become the equipment for my Portland connection, to the degree of being almost two hours late. So much for my plan of flying through Dallas to avoid winter weather delays in Chicago or Denver. So much for a good night's sleep, as well.

Anent Sunspin, I got through the first revision pass of the first half of Calamity of So Long a Life, and began embedding the comments for an initial pass through the second half. Right now, I'm actually a bit ahead of schedule for what I expected on this book. I think that's a good thing, but it might also mean I have been skimming work when I should be digging deeper. We shall see...

Also, I forgot to mention that at Epic Confusion gave me a very nice gift. I need to thank her, and will post photos and a description some time in the net few days as time permits.

This afternoon is another girls' basketball game, though has been down with a respiratory infection the last few days, so it's not clear if she'll be able to play. She gets sick so rarely, this is unusual.

And of course, now that I'm home, Day Jobbery.