Things I Know? — Jeff VanderMeer on handling a writing career. (Snurched from Steve Buchheit, whom I got to see in person at Confusion.)

Staffer's Musings — A worthy book review and publishing commentary blog I learned about at Epic Confusion.

One eBook Platform to Rule Them All — A company known for long-form journalism democratizes tablet publishing. Hmmm.

Women 'feel pain more than men' — It is a myth that men feel pain more keenly than women, according to the largest study into the subject of its kind.

Searching the Brain for the Roots of Fear

Rescue on the ice — Still life of flying boat with sled dogs.

Results are in: 2011 was hot, but not that hot — Realistically, the planet is going to keep us waiting for a couple more years before we can determine if the similarity of recent temperatures is a trend or a momentary blip. Which is rather inconsiderate, given that people will undoubtedly continue to argue about climate change in the intervening two years. Maybe, maybe not. This is science on the hoof, people. Questioning itself constantly. Which ideology does not and cannot do.

From One Tragedy, Tools to Fight the Next — The 2011 Japanese earthquake and tsunami spurred innovations to help deal with future disasters. (Thanks to my Dad.)

Catholic Bishop: Children Want to Be Sexually Abused — Ummm... (Via .)

A map of LGBT rights around the world

It’s the Stupid Republicans, Stupid — Progressives shouldn’t be shy about mobilizing voters around singe-issue passions. This piece in turn references something I'd missed back in December, from Rolling Stone: The GOP's Crackpot Agenda.

Top Tea Partiers Bummed About Both Mitt And Newt — Poor conservatives. It's hard to know just where to set the Balance of Crazy.

?otd: What color is your parachute? 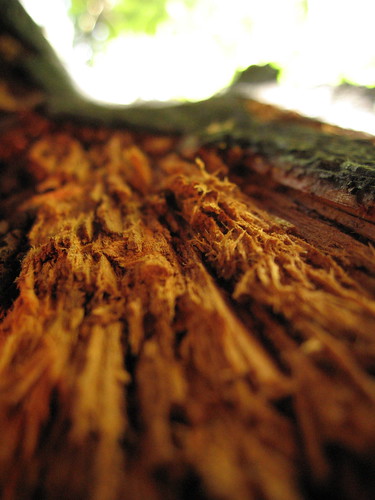 While I was at Epic Confusion, gave me a very nice present: 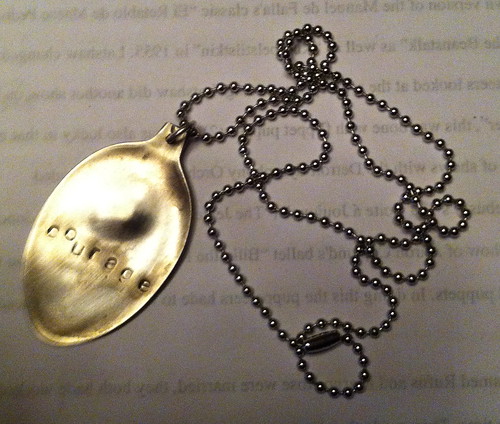 It's a medallion made from a spoon that reads 'Courage'. A sweet and thoughtful gift, and very apropos. Thank you, .