Darwin Day — Portland celebrates the Antichrist one of the heroes of modern science on February 12. (Via .)

DNA Turning Human Story Into a Tell-All — Humans and Neanderthals and Denisovans, oh my. I especially liked this bit: [O]ur modern era, since H. floresiensis died out, is the only time in the four-million-year human history that just one type of human has been alive. (Thanks to Dad.)

Steampunk Pocket Watch Winds Via Solar Power — So to speak... Some neat lateral thinking here. (Via .)

How Neutrino Beams Could Reveal Cavities Inside Earth — Commander Laforge to the bridge.

Team to investigate underwater 'UFO' - is it sunken ships or Millennium Falcon? — Duh, of course it's a life size replica of a completely fictional starship. At the bottom of the ocean.

Far side of the moon filmed by Nasa spacecraft — One whole face of the Moon can never be seen from Earth because it does not spin on its axis, meaning we always have a view of the same side. Umm... stupid much?

Bill legalizing same-sex marriage passes Washington state Senate — Someday fairly soon, opposition to gay marriage will have all the social panache and credibility as opposition to interracial marriage, and for much the same reason. This shameful bigotry will be the province of bitter, aging cranks, largely behind closed doors.

I Don’t Care About Your Invisible Jeebus — But from where I stand these days, the only thing I see religion doing in the public sector is gay bashing and telling women, mostly poor and desperate and in deplorable financial and personal situations, what to do with their bodies. I see busybodies deciding what drugs they can dispense to which customers, or deciding that they don’t have to issue a marriage license because of some petty deity that I don’t believe in told them to hate their fellow citizens and ignore the law.

Indiana Senate passes bill putting religion in science class — Conservative America: driving all our children deeper into ignorance every year. Yet another of the myriad reasons I can never be conservative, and honestly don't understand how any thoughtful, self-aware person can be.

Teleprompters are stupid ... only when Obama uses them — Ah, conservative "logic".

The Conservative Backlash That Isn’t Coming — Some thoughts from conservative commentator Daniel Larison. I will observe that since no one in the GOP seems to remember the eight years of the Bush administration, preferring to blame the disastrous outcomes of his governing on conservative principles on Obama who inherited Bush's mess, how could there be a backlash?

Have Democrats Succeeded in Pre-Destroying Romney? — A conservative leaning narrative complaining about the Democrats using the same tactics that have been so successful for the GOP these past decades.

?otd: Are you ever bored? Why? 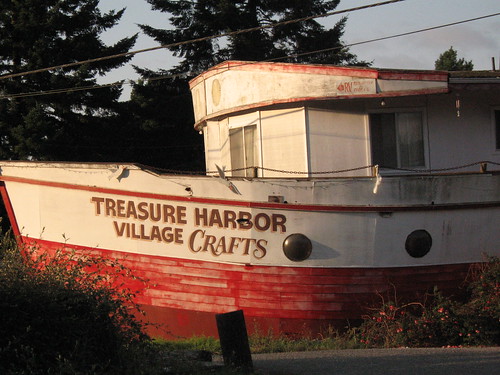 Sigh. An excerpt from a now-deleted scene in Calamity of So Long a Life...

made a get well card for Lizzy Shannon (who's recently had surgery), and I loved the picture she drew so much I asked her permission to put it on my blog. She told me not until Lizzy had seen the card first. Well, card has been delivered, and so now the rest of you get to enjoy the image. 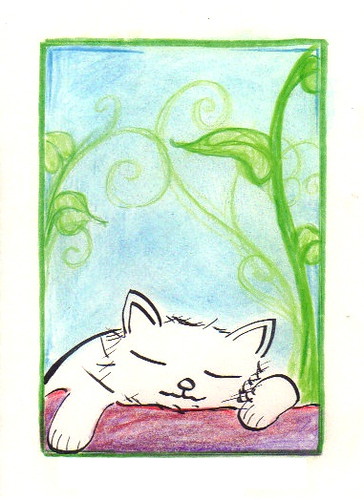 Dreaming Cat, by B. Lake

This work by B. Lake. is licensed under a Creative Commons Attribution-Noncommercial-Share Alike 3.0 United States License.
Collapse