Skungy Art. “Surfing the Gnarl.” Read Feb 7, Feb 11. — Rudy Rucker on (among other things) the February 11th reading in San Francisco, where K.W. Jeter and I will be sharing the stage with him.

Author C.J. Marsicano is running a Kickstarter campaign to get a book out — Go check it out.

25 Things I Learned From Opening a Bookstore — (Via .)

The Story of a Suicide — Two college roommates, a webcam, and a tragedy. Tyler Clementi and Dharun Ravi.

Brains may be wired for addiction

The Secret of Ant Transportation Networks — Just how ants create the highly efficient network of trails around their nests has never been fully understood. Now researchers think they've cracked it.

With Risk, Japanese City Takes On Once Accepted Fact of Life: Its Gangsters

Restored Edison Records Revive Giants of 19th-Century Germany — Talk about your obsolete formats... (Via my Dad.)

A case study of the tactics of climate change denial — But notice what he’s done. He’s taken what is clearly a minor point and blown it up as if it’s my main point. He’s used shady words (predictions, models) to cast aspersions, and to make someone (me!) look bad. Then, by "refuting" this minor issue he can then poison the well, strongly implying that all my arguments are wrong. That’s kind of a big no-no when trying to argue a point. But it packages well. A pretty neat summation of typically wrong-headed conservative discourse on a lot of issues.

Happy days are here again — Roger Ebert on Newt, Mitt and the evolution of political party nominating conventions. Entertaining and interesting bit of history, regardless of where you fall on the political spectrum.

The Invincible Nobility Of The Middle Class — Ta-Nehisi Coates on a modern political meme promulgated by both major parties. But the implication of a middle-class patriotism holds that the poor do not work hard, and do not play by the rules. Their poverty is a moral stain. It's rather sad to see ostensible progressives reinforcing this message.

The Politics of Cancer — This Komen-Planned Parenthood business is one of the more disgusting maneuvers on the part of the conservative movement. I am beyond appalled. Bluntly, the Right has made it clear that they find it preferable for poor women to die of cancer than have any potential access to abortion. A stark indictment of the forced pregnancy movement.

Romney: Context for me, but not for thee — Typical Republican. "Do as I say, not as I do." Romney brags about mining Obama quotes deeply out context, but protests the unfairness when Gingrich does precisely the same thing to him.

Bush beats Obama's deficit spending by 5 to 1, but Romney targets the wrong guy to whine about — Much easier to complain about a black Democrat that acknowledge the Republican party's responsibility for its actions when last in power.

Blending politics and religion, Obama says his policies are an extension of Christian faith — Ok, I find this kind of thing alarming whether it comes from Republicans or Democrats. This is a secular nation in a secular world, and rational thought should be the basis of our governance. 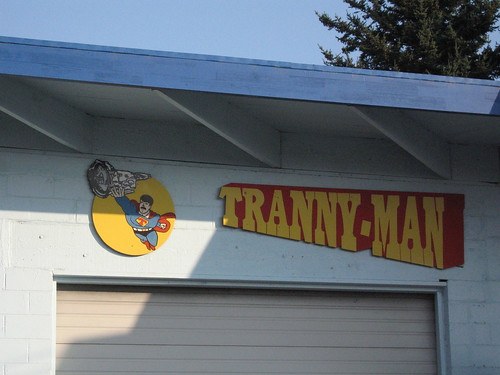 Well, I've processed my way through a couple of more passes of the manuscript of Calamity of So Long a Life. I'm now looking at one more close read for deep issues based on several salient critiques from my agent and first readers to date.

I can tell I'm nearly done with this revision because I'm starting to get sick of looking at this book. That's my subconscious' way of telling me to lay off it before I file off all the interesting bits and polish it into terminal blandness. I do need to do this last pass read-through, however. With luck I can manage it over the weekend, or no later than early next week.

I'm feeling good about it. Hopefully the world will, too. And I'm very pleased with being on target in terms of my production schedule for this project. 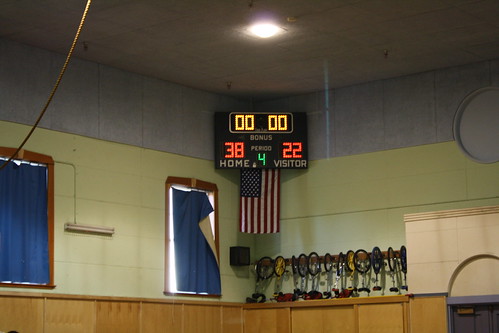 The teams were pretty evenly matched, and the game was a lot better than that somewhat lopsided score implies. And she slammed in two three point shots, for a 100% completion rate in this game. So good on my kiddo! 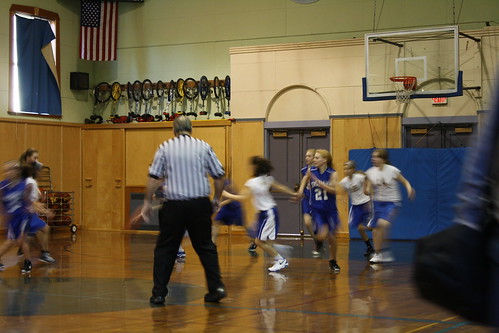 However, I sustained a game-related injury during the course of play. Go figure.

The gym at her school has regulation sized basketball court, but not much sideline. The bleachers are against the north wall, and if you're sitting on the bottom row, your feet are about twelve inches from the north boundary of the court. Our little group — me, Mother of the Child, Dad, (step)Mom and a/k/a my Mom — were seated almost perpendicular to the basketball goal at the east end of the court, in effect to the left of the backboard and just a few feet toward the center.

For whatever reason, play of game kept running right up into our faces. Dad caught several balls that had gone out of bounds. We all flinched back more than once when charged by a player from one team or the other. But the coup de grace came when a knot of defense and offense careened right toward me and I had to lean back avoid feet and elbows, and slid right off the bleacher bench and into the footwell of the row behind me.

I got stuck there and had to be pulled out. My back hurts, I'm pretty sure I bruised it right on one of my lower spinal knobs, and my left hip aches.

It's all part of the business of being a dad, and a price I'll cheerfully pay. But really, when did watching middle school girls play sports become so dangerous?