A parasitic wasp is no match for a drunken fruit fly — Flies take to alcohol to get a buzz on to get invading (and life-threatening) insects to buzz off. I've been on dates like that…

At the West Wall of Aristarchus Crater — A view of the moon you don't often see, from APOD.

The 'Heart Attack Grill' Experience — A man suffered cardiac arrest at a deliberately unhealthy Vegas restaurant. How did no one see this coming?

Pat Buchanan: "My Days As A Political Analyst At MSNBC Have Come To An End" — I am astonished. What has he said recently that's any worse that what he's been saying for decades? I thought the whole point of having Buchanan on the air was the shit he said.

New Jersey legislators OK gay marriage bill — Republican Gov. Chris Christie promises to veto it, and the issue may end up going to the voters. Of course he'll veto it. This bill is the morally right thing to do, and therefore conservatives want to kill it.

The Politics of the Super Rich

Another Misguided Pandering Strategy for the GOP 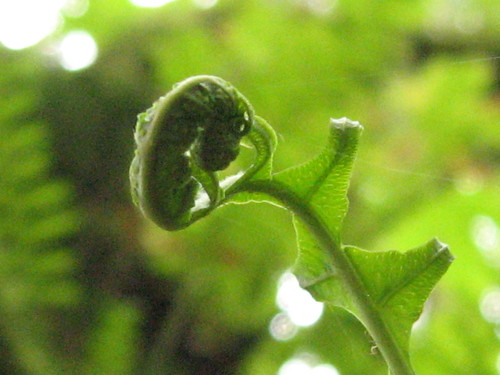 Last night was terrific. We met at the Mellow Mushroom. My friend C— from the Day Jobbe came along. Carrie Vaughn and Matt Hamstra were there, as were and . The food was decent-to-good, the conversation was excellent, ranging wide as such dinners tend to do, and we had a lot of fun. I really want to thank everyone who turned out.

So yesterday I unintentionally posted a nude picture of myself on my blog. My apologies to anyone who suffered optical damage or a severely lessened libido.

More to the point, I posted said photo, didn't realize it, and left it up for several hours, until a couple of blog commenters politely asked me what I was doing. More seriously, my profound apologies for such offense or distress as I may have caused.

It was quite early in the morning, and I was messing around in the hotel room's bathroom, as one does, when I realized how strange the mirror really was. I didn't bother to go get dressed before taking the picture, merely stepped to one side and leaned over to keep myself out of the frame. Unfortunately, I didn't tilt the camera on my iPhone far enough, and caught my entire reflection.

The reason I didn't notice this is that the picture was taken in low light, and the image of me in the mirror frame was very dim. Then, when I was composing the blog post, I had the brightness on the MacBook Air set at minimum, and again the picture was dim. Beyond that, I can only plead idiocy and early morning brain fog.

At one level, this doesn't matter to me. In point of fact, I've long since lost all my body modesty, thanks to the innumerable indignities inflicted on me by medical science. However, I have never had any intention of posting obscene or lewd material on this blog. My private behavior, such as it is, is just that. The blog is not a private space. So while my personal dignity is not at issue, general decency and respect for my readers is.

Such are the perils of photoblogging early in the morning. No more photos unless I'm fully dressed, I promise.

(Honestly, I can't decide if this is funny or stupid or both.)

Heard from my oncologist by email yesterday evening. They tell me that the suspected mass is too small to light up a PET scan, so we're likely going with continued monitoring by CT. This means we'll recheck, presumably in May three months from now. If it has grown, that's pretty close to conclusive that it's a metastatic tumor, but will also indicate that a PET scan is necessary. If it has not grown, that's pretty close to conclusive that it's either a scar or a steatosis.

I'll know all this for certain next week, after I see the doctor on Wednesday.

So, looks like I get a few more months to live my life before the shit maybe hits the fan. I think I'm going to name my liver Damocles.