METAtropolis: Cascadia has been nominated for an Audie — Hooray for all us writer types therein!

2011 Nebula Awards Nominees Announced — In case you missed this yesterday. Congratulations to all the nominees!

Mark Twain and Grant's Memoirs — Ta-Nehisi Coates on, among other things, writing. I love this: The beautiful thing about writing is it has no real respect for credentialism. You can get various degrees in writing. [...] But a degree can't make you a writer in the way that JD can make you a lawyer.

Run For Your Lives — A zombie infested 5K obstacle course. Heh. (Thanks to .)

Lab-grown meat is first step to artificial hamburger — I've wondered for years why this wasn't already being done.

Jupiter’s Protective Role Questioned — Is the lord of planets really our shepherd?

A new opportunity for linguists — Senator Santorum promises to protect us against government interference in education by mandating an federal accreditation program to ensure ideological balance among teachers. A dissuasion of this idea by Language Log. Teachers trend liberal for the same reason journalists do: It's difficult to keep trumping reality with ideology when your job is examining the world in an evidence-based way.

David Steinberg on GOP gaffes: 'Gift from God to comedians' — "It's a ship of fools that is -- it's just unbelievable."

Santorum: Democrats are "anti-science," not me — Senator Frothy Mix is absolutely fucking delusional. Even by GOP standards of batshittery.

Why would a politician attack pre-natal testing? — Santorum's comments are only made uglier by their utter lack of foundation. There is no evidence whatsoever that liberals -- let alone President Obama -- are less solicitious or caring about the disabled than other Americans. Quite the opposite, I'm pretty damned sure, in fact, given the dedication of conservatives to continuously cutting programs that benefit the disabled and disadvantaged.

?otd: Who moved my cheese? 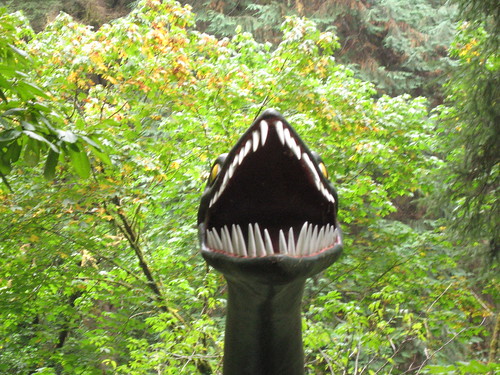 Yesterday afternoon, 's basketball team lost their first round playoff game. It was heart-breakingly close, a very good game, but in the end, the other team pulled it out to beat them by three points. After dinner with friends, we stayed up late (and tired!) and watched Kung Fu Panda 2 [ imdb ], which we'd rented over the weekend and is due back Real Soon Now. Meanwhile, I'm thinking ahead to the second book of Sunspin, Their Currents Turn Awry.

All of these things are essential part two of something else. The playoffs were a coda to her season. Kung Fu Panda 2 follows on the success of the first movie. Currents, well, we shall see.

It's hard to do something twice. I learned this writing both of the Mainspring and Green trilogies. The demands of the sequel/part 2 are very different. The challenge for the creator is how to maintain and build on whatever magic the original had, while still doing something new and interesting. So I worry a bit about Their Currents Turn Awry and the final two books in Sunspin. Once a reader has encountered Calamity of So Long a Life, their expectations are set. They have a view of the world that I have to both satisfy and expand upon.

Luckily for me, while very, very few movie sequels live up to their original (off the top of my head, the Toy Story [ imdb ] cycle is the only movie series that truly pulled this off), there are plenty of sfnal and fantasy examples of successful series and trilogies. Writing is not the playoffs, and we're not worried about box office take. Not exactly, at any rate.

Still, there's nothing like a story the first time out of the wrapper, when you're experiencing it like never before. How to keep that magic going...?