Amazon Drops a Big Shoe — Amazon abusing their market power? No one could possibly have foreseen this.

Report Affirms Lifesaving Role of Colonoscopy — Yep. This. If you're eligible for a colonoscopy due to age or family history, or most importantly, symptoms: go get one. Trust me, the realities of colon cancer are orders of magnitude worse than the distastefulness of a colonoscopy. And don't put it off. (Still thinking I should start a brown ribbon campaign for colon cancer.)

Aging of Eyes Is Blamed for Range of Health Woes — (Thanks to David Goldman.)

An Unconventional Pairing: Wine and 'Sliders' at the Castle — White Castle with a wine list? Really?

Zoning Out — Time zones are fluid. What are the implications for time itself? (Via Curiosity Counts.)

Faster-than-light neutrinos could be down to bad wiring — What might have been the biggest physics story of the past century may instead be down to a faulty connection. Ah, hardware problems.

Humanity's water footprint: US exports the most, uses the most per capita

Logical Errors and Propaganda in Republican Debate on the Middle East — Just remember, the conservative worldview is fair and balanced. It says so, right on TV.

The Rachet Effect—Why do post-Carter politics only move to the right? — I've often wondered this. The answer is obvious enough at one level: the highly successful Republican effort to demonize anything associated with liberalism. (You know, like retirement benefits, 40 hour work weeks, women's suffrage, child labor laws, etc.) 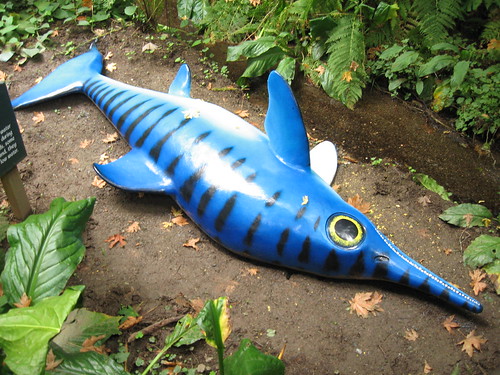 First, I was hanging around in the parking lot of a fairly large, ratty apartment complex. A Spetsnaz trooper in full cammie who looked an awful lot like Danielle Myers Gembala came slithering up out of a creek bed carrying a bolt action rifle (Mauser, maybe) and asked me if I'd seen her opal ring. She then handed me the rifle and disappeared. I looked in the creek bed, but didn't see the ring.

In the next part of the dream, I was in a modest, 1920s style bungalow (much like the one I used to own in Austin, TX) that had been converted to the offices of a small press publishing company. I kept trying to find a place to put Danielle's rifle. Finally I located the corporate gun rack. All the other weapons there were locked down, but the locking clips were broken on the vacant slots in the rack.

The publisher then took me and (who had manifested into the dream at about this point) swimming. It was a huge pool, like one of those nineteenth century sanitarium pools, with long, shallow steps leading under the water. I kept trying to figure out what to do with the rifle. Not to mention wondering if I'd get in trouble for carrying a weapon around so many little kids playing in the water. I finally got in, but and the publisher seriously outswam me.

In the final episode of the dream, I was in another house, hiding from the Spetsnaz troopers who were looking for their rifle. There was a 1970s era Sony Trinitron television which I kept trying to change the channel on, but it would only bring in FOX News. In my panic, I decided the thing to do was refill the pepper mill I found in the kitchen. I had to do this from those little paper pepper packets you get at fast food restaurants. Unfortunately, every packet I opened dumped out pepper, then salt, then a small gush of water. The pepper mill was getting pretty borked by the time I woke up from all this inanity.

Pretty clearly anxiety dreams. Though my health never entered into this in any reasonably obvious metaphor, my intuition is that this dream is about me looking for solutions to the new cancer problem.

Or possibly it's about my previously undiscovered dread fear of Danielle Gembala. Sometimes a cigar is just a phallic object one inserts in one's mouth, after all.

Yesterday I saw both my medical oncologist and my surgical oncologist/liver specialist. They were fairly positive about my current situation. The general takeaway is that this new lesion in my liver is a very small spot. Neither of them is especially concerned right now, unless we see growth at the next scan.

My surgical oncologist opined that if it does turn out to be a tumor, it may be a leftover second site from my last round of liver metastasis. Their thinking is that if we do have to treat, we may do surgery (or radiofrequency ablation) without chemo. That's certainly not the prescription at this point, but it's a direction.

Whatever this is, even worst case it's not a mortality event, just another step on the road.

My follow up is in mid-April, with a CT scan and bloodwork followed by consultations with both oncologists again.

Objectively, this is encouraging. Both doctors emphasized the low CEAs as a good data point. I am not so sanguine about this, given my historically idiosyncratic CEA levels. They were apparently quite sincere in their positive outlooks.

Subjectively, I continue discouraged, though the idea that if need be we may be able to treat without another round of chemo at this point is a bright spot.

On the emotional front, this is still pretty daunting. I can't shake the feeling I'm dealing with a relentless foe. I've been so busy that I haven't had time to sit down and really process this one emotionally — the expected meltdown still has not taken place. We shall see. For now, I get two more months to live my life.