All red meat is bad for you, new study says — A long-term study finds that eating any amount and any type increases the risk of premature death.

Before the Pacific: finding the lost islands of a Pangea-era ocean

Angry Birds in Space — And the physics thereof.

Long space missions 'may damage eyesight' — This makes me want to write a short story called "All the Blind Old Astronauts".

When Cultural Identity Is Denied — The dangers of classification by outsiders. (Via Scrivener's Error.)

The Reproduction of Privilege — Education and the class system.

It's un-American to silence Limbaugh — Free speech means tolerating views that you despise. Otherwise, one day, it will be your views that someone doesn't like. If you don't stand up for Limbaugh's liberty today, someone may come for yours tomorrow. Discredit him, but don't silence him.

Palin: The First Black President Wants to Revert to Pre-Civil War Society — In her view, the very act of acknowledging or talking about race's role in U.S. history makes one a racist. This is bizarre, even in terms of what laughingly passes for conservative 'thought'.

Poll: GOP Voters In Deep South Think Obama Is Muslim, Unsure On Interracial Marriage — Asked whether Obama is Christian or Muslim, some 45 percent of Alabama Republican respondents picked Muslim; 14 percent correctly identified him as Christian. Another 41 percent said they were unsure. In Mississippi, a majority of Republicans, 52 percent, identified Obama as Muslim; 12 percent said he was Christian and 36 percent were undecided. This is what happens when conservatives control the media. Their lies are perceived as truth.

The Many Misleading Claims In Mitt’s Monday Medicare Memo — A GOP candidate lying about Medicare? Unpossible! Thelma, bring me my nitro.

Doonesbury strip on Texas abortion law dropped by some US newspapers — [Governor Rick Perry's spokeswoman] Catherine Frazier, asked about the Doonesbury strip, said: "The decision to end a life is not funny. There is nothing comic about this tasteless interpretation of legislation we have passed in Texas to ensure that women have all the facts when making a life-ending decision." No, you've passed legislation ensuring that women have to conform to your particular narrow religious beliefs about their sexual lives and reproductive choices.

Will Deep South primaries deep six a candidate? — Oh, come on. Mitt's going to win this in the end. Slow, messy and damaging, but barring some truly bizarre developments, I don't see how he cannot.

?otd: Does time mean nothing? Will it ever again? 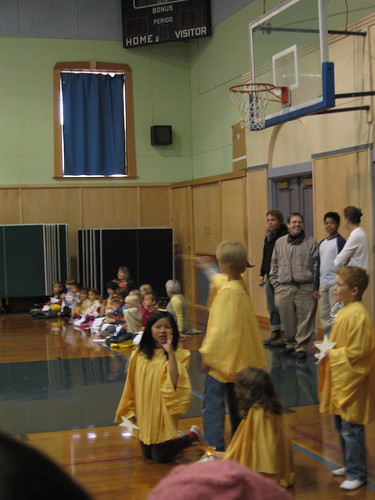 I never did get any work done on Going to Extremes yesterday. I had a rush request for a short piece of nonfiction for which I had to knock out a first draft after Day Jobbery, then a solid block of time for a media interview (about which more later, in due time), then dinner with a friend, then home to help with her homework.

Today is going to be pretty darned busy as well, including seeing as well as dinner with another friend. I do expect to have time for Going to Extremes. Once I'm done with the first draft of this, I'll get back to the outline of Little Dog, for which has sent me comments. Plus more Day Jobbery as the week goes by, and off to Austin on Saturday for a trade show.

I'll be in Austin, Texas next week for Day Jobbery. As it happens I am free there the evening of Wednesday, 3/21. So I'm declaring an open dinner, venue TBD but probably Threadgill's just south of the river. If you'd like to meet up — and it doesn't matter if you're an old friend or we've never met, or somewhere in between — please let me know in comments so I can get a headcount. I'll confirm the venue early next week.

See some, all or none of you there!