Google to Announce Venture With Belgian Museum — Oooh, an analog search engine. This is cool. Reminds me of the paper-based relational databases described in Eugene Sue's The Wandering Jew (published in 1844/1845). (Via my Dad.)

Exposure to D. & D. early in life? — Hahahahahah. A handy infographic. No, I don't recognize myself on there. Not anywhere. Why do you ask? No, not me. Nuh uh.

The lifespan of a falsehood — Fascinating. (Via Steve Buchheit.)

New type of extra-chromosomal DNA discovered — This apparently has implications for both cancer and autism.

Fugates of Kentucky: Skin Bluer than Lake Louise — Are they Melungeons? (Via my Dad.)

Most Detailed View Yet of the Apollo 11 Moonwalks: Big Pic — Not that this will faze the moon landing denialists in the slightest.

Mysterious hog farm explosions stump scientists — How can you not love a headline like this?

Social networking sites and politics — Liberals are the most likely to have taken each of these steps to block, unfriend, or hide. In all, 28% of liberals have blocked, unfriended, or hidden someone on SNS because of one of these reasons, compared with 16% of conservatives and 14% of moderates. Not quite the result I would have expected. (Via .)

The Hypocrite in Everyone Else — We're all hypocrites. It's human nature. It's the hypocrisy in those who claim moral superiority, and profit from those claims, that truly rankles.

How the NBA Takes Money From People Who Don’t Like Basketball — This story certainly plays into my confirmation biases.

Goldman Sachs director in London quits 'toxic' bank — A manager at US banking giant Goldman Sachs in London has quit, saying he could no longer work there "in good conscience". Goldman Sachs would be part of that Wall Street establishment that Kenyan Muslim Socialist Obama has worked to protected above all other players in our economy. Tell me again why this has been a national priority?

Santorum, Gingrich Decry ‘Anti-Christian Bigotry’ In Run-Up To AL, MS — Um, I'm pretty sure it's the Christians who are doing most of the persecuting in this country. A lot more abortion clinics get shot up and bombed than churches do. And, well, teh gay!

Reid Dares GOP: Block Judicial Nominees, And You Will Also Stall The JOBS Act — You know, that whole advise and consent thing. If Democrats in the Senate had treated Bush this way, the howls would still be echoing. When Republican do it to Obama, well, that's just good patriotism.

Tilting at Dutch windmills — From [Santorum press secretary] Stewart's perspective, Santorum being "a strong pro-life person" apparently gives him license to make up nonsense about the Netherlands. Republicans: The party of simply making shit up to confuse the voters.

?otd: Well secluded, do you see all? 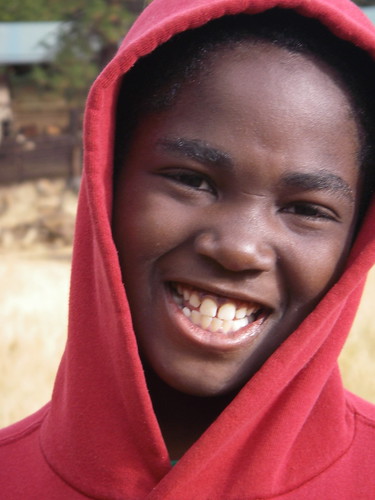 I managed to knock out about three and a half hours of writing time yesterday. This in addition to Day Jobbery, lunch with my mother, dinner with H—, and helping with her homework.

The funny part about 's homework was that she was working on the assignment I'd given her class. This is a flash fiction due tomorrow, when I return for my second guest teaching slot. A quirky dynamic was in play. (As I said privately to her mother, "Is this cheating?") The story is really quite good, and I'll probably post it here soon if she gives me permission.

On my own front, I got a (nearly) full draft of the Going to Extremes proposal into la agente. What I sent her was a bit more rough than my book proposals usually are, but book length nonfiction is new to me, so I wanted her feedback before I invested a bunch more time in it. I also reviewed 's annotations to the Little Dog proposal, which I'll be further revising next, probably this afternoon after Day Jobbery. In addition to that, I did some leg work for the recent Oregonian interview, completed an online interview, revised and sent out that rush nonfiction assignment, and updated my marketing/productivity spreadsheet. Also finished reading 's screenplay Blood of Orange and started the next portion of 's novel-in-progress Requiem.

Yesterday in the course of an only tangentially related discussion on a mailing list I participate in, one of the other writers (who is a friend of mine) made an offhand comment that of course Christians were under attack right now, and that it had become socially acceptable to attack religion. They said this as if were a patently obvious truth, a self-evident problem in our culture.

All my adult life, I've been hearing variations on the theme of "the modern persecution of the Christians." (That exact phrase cropped up on AM talk radio in Austin, Texas back in the mid 1980s.) Anyone who actually believes this is displaying both a staggering ignorance of early Christian history and a staggering ignorance of current American cultural dynamics. I suppose it's a very comforting, self-valorizing narrative for some people, but that doesn't make it true.

Christianity is still overwhelmingly privileged in this country. Despite explicit Constitutional declarations to the contrary, our government is overwhelmingly Christian. 89.3% of the members of Congress are Christian. (8.4% are Jewish, the rest are other or undeclared, with only one openly declared atheist.) Although I can't readily find similar statistics for Federal judges, I strongly suspect they're quite similar. Likewise most state and local governments. We celebrate major Christian holidays as secular holidays — when was the last time you got Hannukah or Ramadan off at work? We see a constant privileging of Christian ideals in education, in law making, in local, state and federal government. (If you want to talk about being under attack, atheists, by contrast, often poll as the most despised group in this country.)

So far as I can tell, what some Christians interpret as attacks on religion are a combination of two things.

One is the constant drumbeat from conservative politicians and media alleging such attacks. Fox's "War on Christmas" is an example of this effect. Those declarations are almost always severely divorced from reality, but in conformance with the principles of the Big Lie, they are repeated so often and so loudly that many people come to believe their truth. (Especially people who have a significant psychological investment in seeing themselves as persecuted heroes.)

The other is the gradual lessening of the absolute grip of Christian privilege on our society. Christianity is merely overwhelming these days, as opposed to utterly dominant. Moves to restrict school prayer and government display of nativity scenes may feel like attacks to Christians, but what they are in fact is some daylight for people of other faiths and no faith at all.

Confidential to Christians in America, and especially Christianists: Not getting things your way all the time doesn't count as persecution. It's a rebalancing that acknowledges other strands of the culture.

Speaking from the outside of a Christian framework, that Christians see themselves as under attack is laughable. In many major debates in our culture, self-identified and high profile Christians are the aggressors, for the most part without any worthwhile moral basis. Everything from reproductive rights to teaching good science in the schools to marriage equality finds large groups of vocal Christians and their prominent political and spiritual leadership arguing vociferously for regressive repression and standing firmly on the wrong side of history. Just as many Christians stood on the wrong side of history with Bible-based beliefs on slavery and Civil Rights movement, a historical irony that seems utterly lost on Christianists arguing today against everything from gay rights to access to contraception under the rubric of "religious freedom".

My friend's unconscious assumption that their faith is under siege is very telling about how deeply that meme of persecution has sunk into the minds of the very same people who are daily working to limit the rights and freedoms of so many of my fellow citizens, and stunt the education of all our children. To my Christian friends: if you want to be taken seriously by people outside your own faith narrative, open your eyes and look at what people are doing in the name of you and your God.

(And no, I did not engage this question at all on the mailing list. It was off topic, and it would have been deeply rude of me. I address it here with anonymity out of respect for the source, and because I think the question is important.)