Darth Vader In A Kilt On A Unicycle Playing Bagpipes — This video will make your brain hurt, I promise. (Thanks to Scrivener's Error.)

How to piss off a frog — Hahahahahahah.

Examining His Own Body, Stanford Geneticist Stops Diabetes in Its Tracks (Via Emily Siskin.)

The NSA Is Building the Country’s Biggest Spy Center (Watch What You Say) — (Via my aunt.)

How Not to Attract Tourists — Ah, the romance of cross-border travel. I will observe that in my experience entering the US is a more intimidating and unfriendly process than anywhere else I've been in my adult life, including various Communist countries.

This Explains a Lot — A trenchant LA graffito. (Via .)

The Abominable Shellfish — Why some Christians hate gays but love bacon.

What now for Republicans? — Between oppressing gays and waging war on science and pushing women back into the nineteenth century and making sure kids grow up undereducated and proudly ignorant, how's a busy Republican to find time to get back to ruining the economy and creating new military disasters, just like our last GOP administration?

Ariz. bill could require reason for birth control — Because conservatives are so rational, and have your best interests at heart. (Speaking of pushing women back to the nineteenth century…)

The Limits of Santorum’s Politics of Resentment — Who knew there were limits to the politics of resentment? Surely not the GOP.

2012 or Never — Republicans are worried this election could be their last chance to stop history. This is fear talking. But not paranoia. (Via

?otd: Ever been part of an emergency landing? 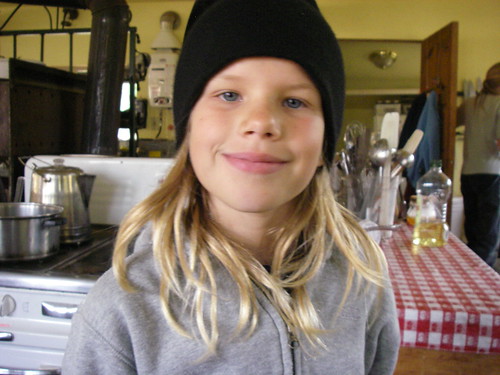 Here's me, off in the air again. Goals today: Get to Austin, read the student assignments from my guest teaching gig, work on Little Dog.

What you got going on?